Okay, ladies, back by popular demand is my oh-so handsome and witty husband, sharing his recent shopping experience at Nordstrom.  I have to say, I almost cried laughing reading this, but keep in mind, I offered to help him before he went!! Are your men the same way?!

Shopping; the stereotype is that men hate shopping, but that’s not exactly true. Drop us in a hunting/fishing/sports equipment store and we’re happier than a pig in you know what; put us on a car lot and we can kill an afternoon no problem. If it involves clothes shopping however, brick walls best beware because I have a head that needs to bang into it.

Now it’s not that I hate all clothes shopping. Remember that hunting/fishing/sports equipment store we dropped in earlier? I can sure find some clothes there all day long.

While I’m no anthropologist, my theory is that the dread that I (and a lot of other men) have toward general clothes shopping in the department store stems from the absolutely horrific and traumatizing experience known as “back-to-school shopping with mom.” The memories of being drug from mall to mall in the height of Houston summers during the 1980’s are still freshly singed in my frontal lobe. Even then, the worst and most challenging part of the quest: finding a freaking pair of pants! The number of jeans that I tried on for mom to approve between the ages of 5 and 14 was just staggering. 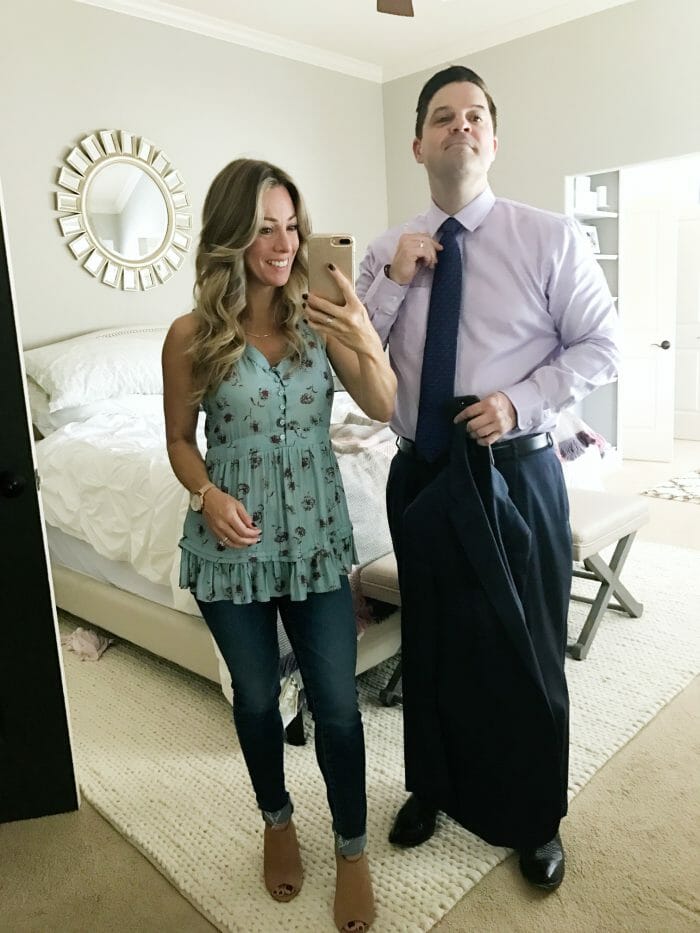 For this post, my wife’s directives were as follows: find some shirts (casual and dress), maybe a couple ties, see if you can find some shoes, and get some pants, especially jeans. Of course, she had to say pants! “Do you want me to go with you?” she asked. “Nope, I can do it!” If ever there were four words uttered by someone that were so far off base and completely wrong, I am unaware of it.

Things started off fine, I thought. Knowing that pants, especially jeans, would be the climbing Mount Everest portion of this trip, I opted to start off in the dress shirt and tie area. This strategy would ensure early success that might help carry me through the end of the battle. Right out of the gate I located these shirts which are all Nordstrom brand.

Solid choices I thought and score one for the good guys early on. 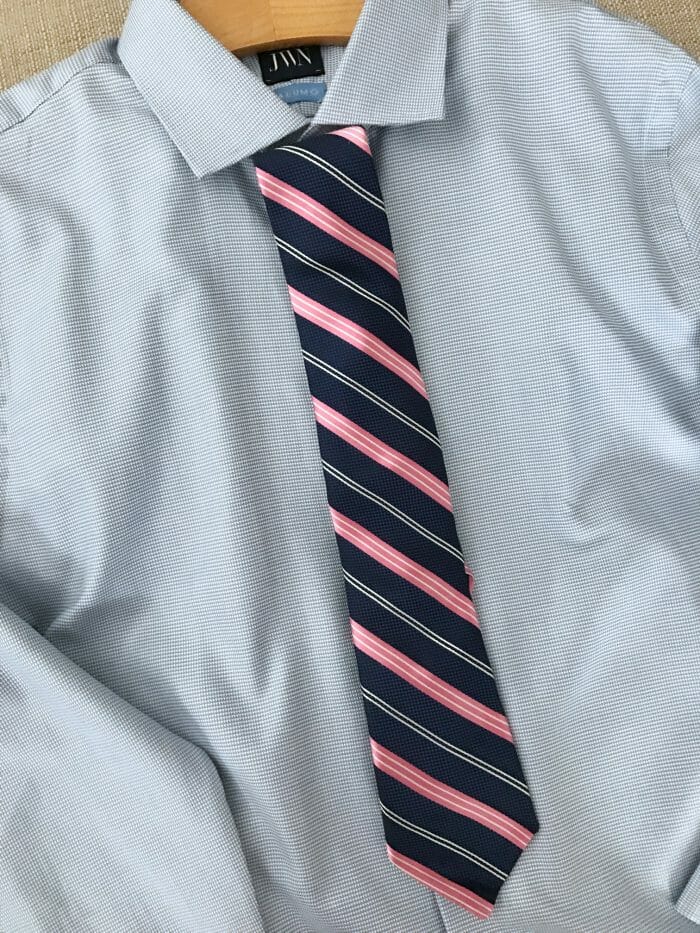 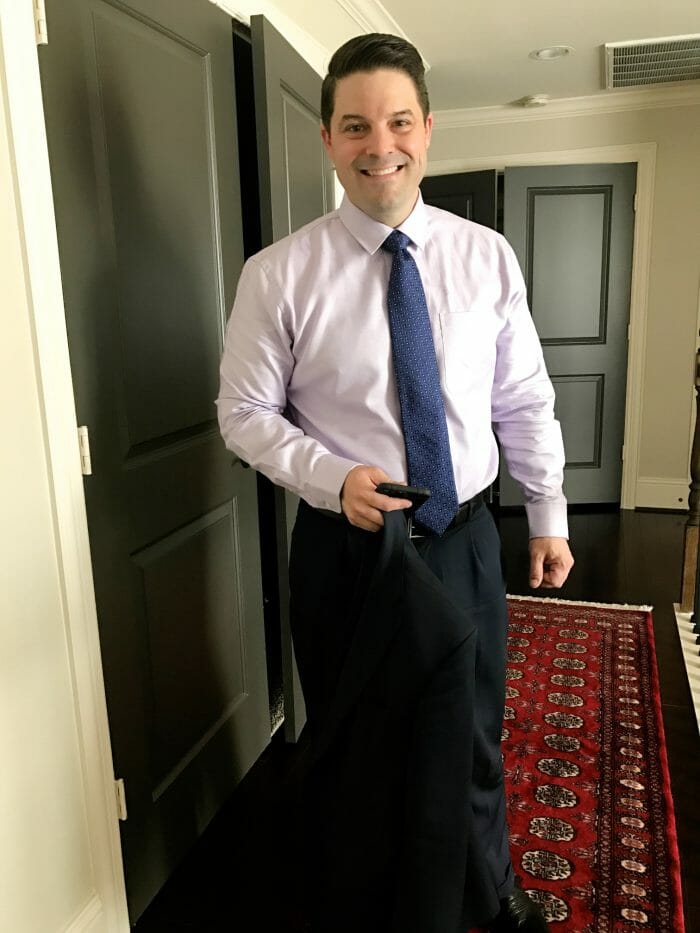 With my confidence swelling, I continued looking around the area and saw the wallets. By now most of you are all familiar with my binder clip wallet system that I have successfully deployed in the field for years.

Megan hates it, she says she doesn’t but I think she really does.  (I really don’t hate it!- M)  So, I thought to myself, “self, here is an opportunity, for what I don’t exactly know, but maybe we should actually give a wallet a try again.” Into the wallets I dove and found this one by Tumi. I have a Tumi briefcase made out of the same material for years now (similar to this one) and it has withstood some pretty rough and tumble outings so it was kind of a no brainer to give this wallet a try. 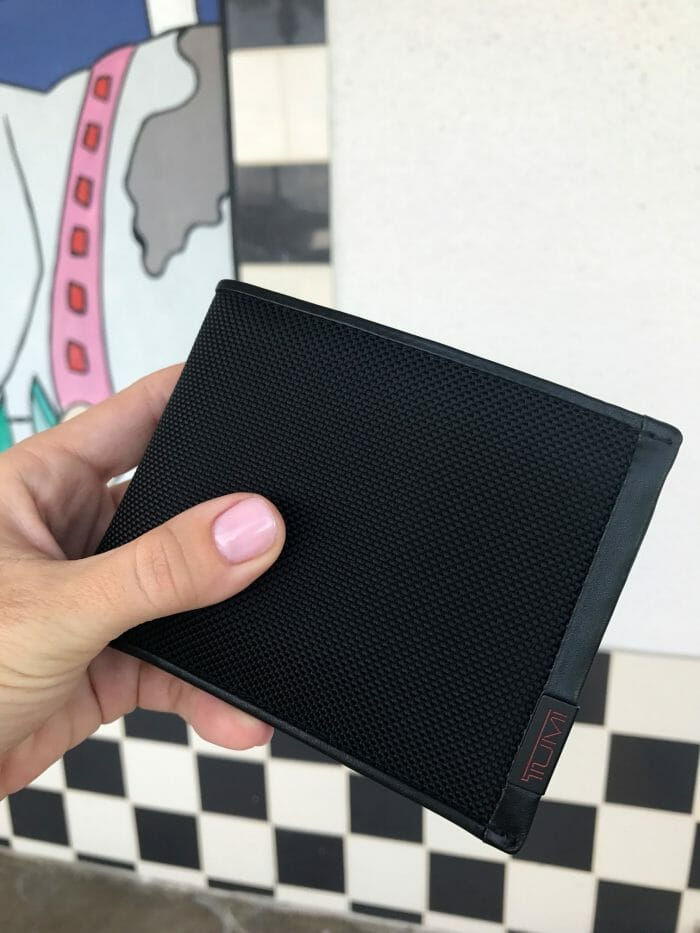 “I’m on a roll,” I thought. Then out of the corner of my eye I saw the cufflinks. Boy do I like me some cufflinks and while these weren’t exactly on her list, once I saw these Darth Vader cufflinks there was no question they were mine. As a Star Wars nerd for my entire life, I truly thought the galaxy had aligned and this was a sure sign this would be the most successful shopping trip ever made by one man. 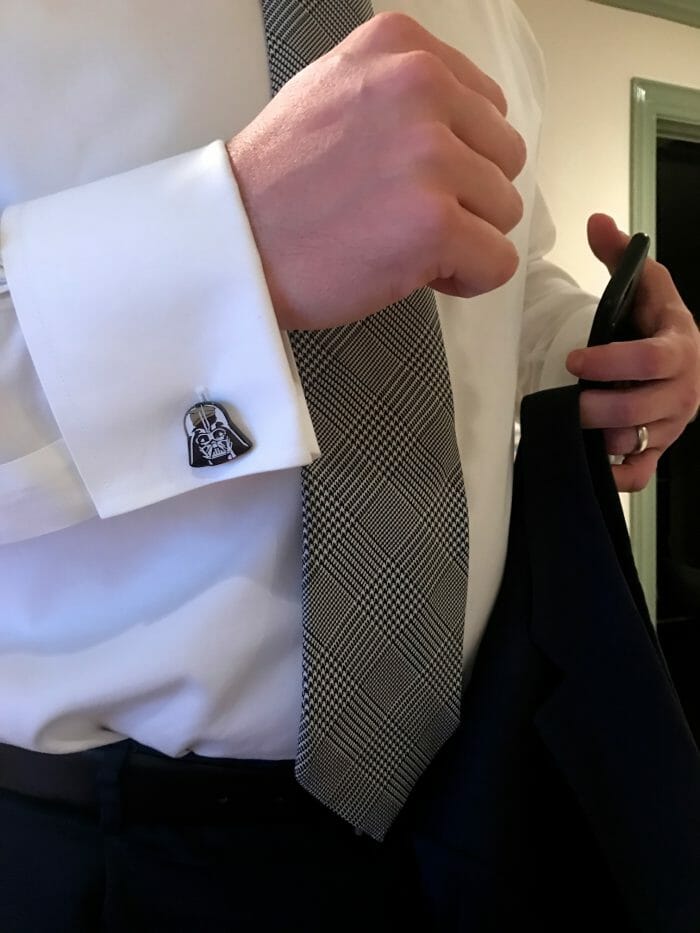 For those keeping score at home at this point I have only secured one, that’s right ONE of the items from her list. I’m certain a combination of adult ADD and subliminal fear of heading to the pants section have caused me to end up with the wallet and the Dark Lord of the Sith.

Unbeknownst to me, an attack by the natives was about to be launched. The section I was in was located adjacent to what I like to call the “lotions and potions” counter. As I rounded one of the shirt tables, a woman jumped out as if this was a haunted house and tried to spray me with her witch’s brew. “No, thanks I’m good,” I told her, keeping my real thoughts to myself.  A few more feet and yet another jumps out, this time with arms extended trying to embalm me with some sort of cream! At this point I am completely off my game and disoriented. I see the suit section, familiar and comforting, so I walked over there to orient and gather myself. There are some nice items here but since I have already deviated from the list, I decide let’s not procrastinate any further. 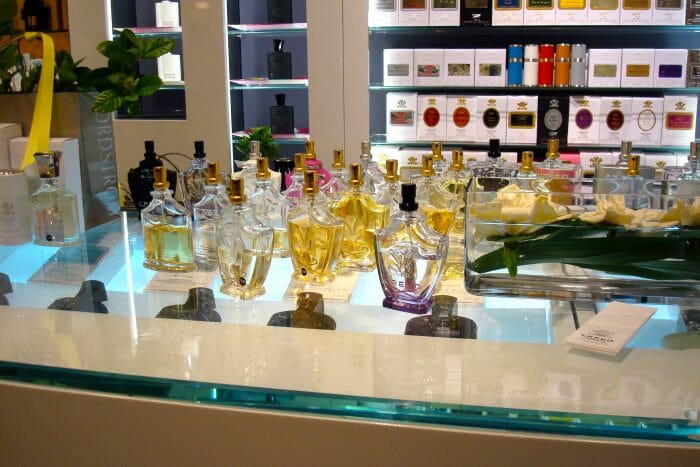 Ahead of me was the casual clothing section at Nordstrom.  Looking at the clothes and names on racks it quickly became evident some of these were, shall we say, a bit out of my element.  I needed Google translate to help me figure out how to pronounce the names on the tags. This was not a good sign and I had yet to even see a casual pant or jean.  I looked down at my watch and realized I had already been there for over an hour and all I had to show for it was 3 dress shirts, a wallet, some Darth Vader cufflinks and 2 counts of attempted assault by the lotions and potions employees.

As I stood there staring at this mass woven calamity before me a nice young man named Emmanuel came up to me, sans any liquids of wizardry, and asked if I needed some help. Clearly I did, so I took him up on his offer. We talked about what I normally wear and what my “style” was. I laughed and told him that I couldn’t spell style if he spotted me the first four letters. I don’t think he got the joke, but he feigned laughter nonetheless. He quickly pulled me over to the Vineyard Vines rack where I picked up this shirt and this sweater. 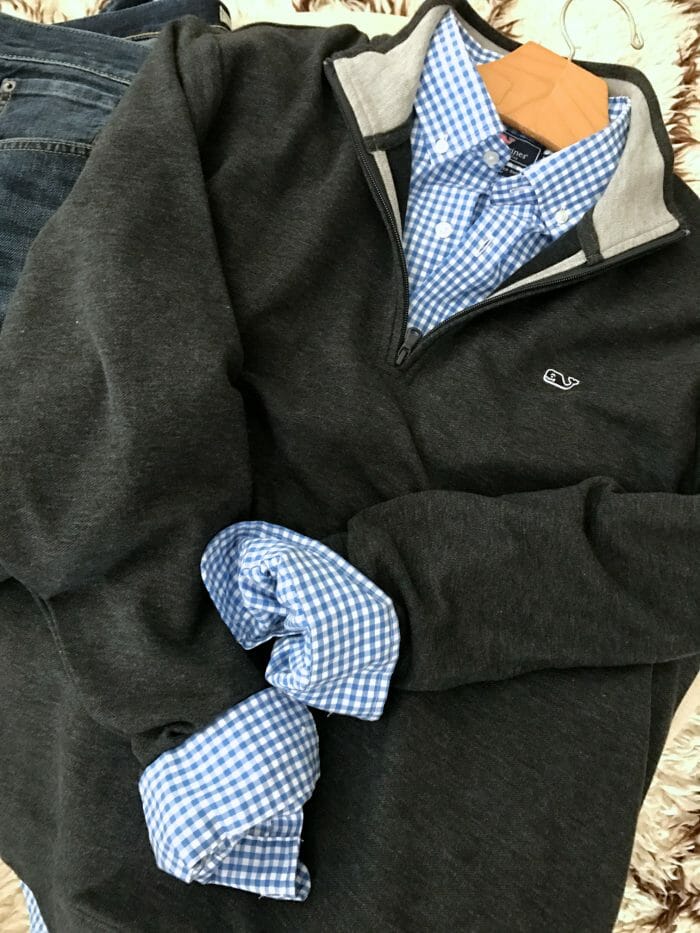 Next, we went over the Nordstrom casual racks and found this little flannel looking number. This guy’s pretty good, I thought to myself, wish I found him from the get go. He could have saved me a ton of time and protected me from the eau de toilette guild. 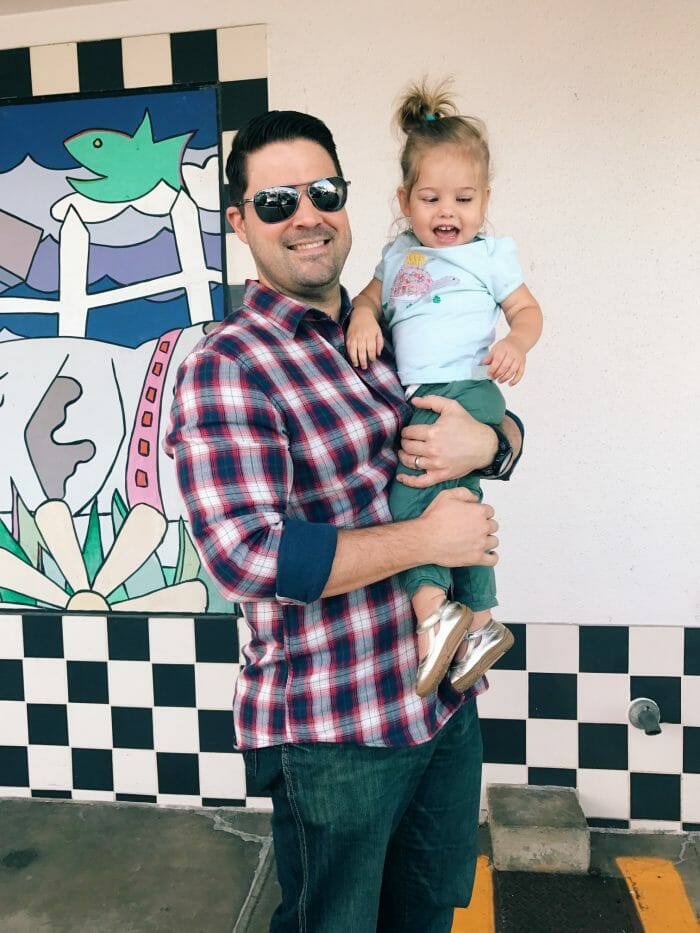 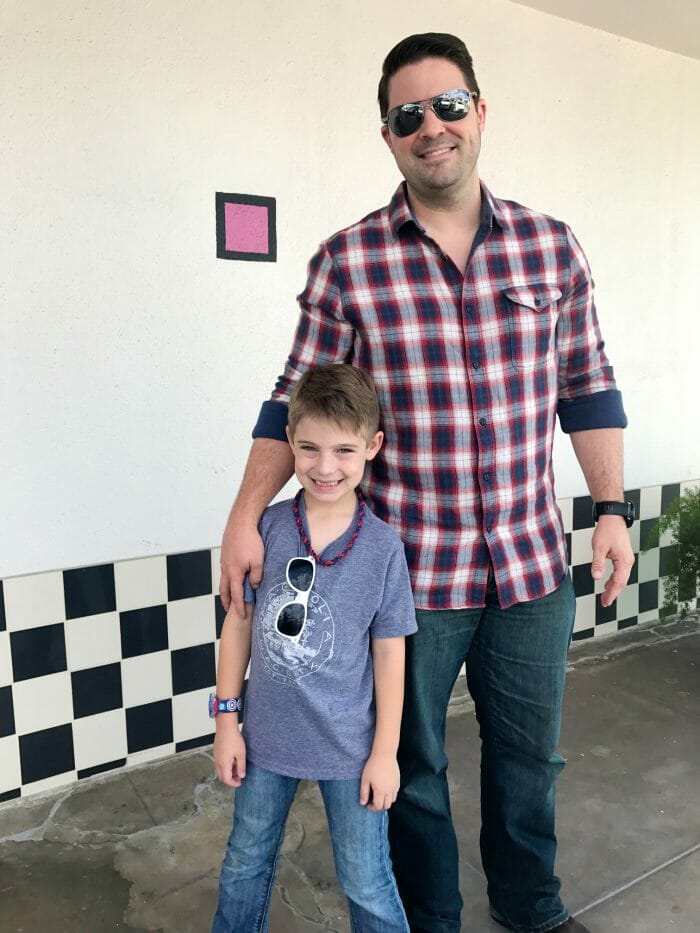 What about the pants? Well, we tried. Emmanuel gave it his best effort and in a throwback moment to my youth of the mid 80’s, I tried on at least 10 pairs of casual pants and jeans. They were all way too tight and I’m not a dude who does tight pants. I need room to breathe, plus where on earth would I put a cell phone and that new wallet I just got in pants like that?!

I really appreciated Emmanuel’s efforts, but in the end, the pants weren’t happening. He also asked if I needed shoes, but frankly at that point I was so exhausted that I did not have the energy for shoe shopping.  (See honey, shopping is hard work!- M)

While checking out, Emmanuel and I talked about the pants and the shopping experience as a whole. He explained to me that Nordstrom will do alterations so if you can find pants that mostly fit, they can tailor the rest of it to fit you.  He also said you can make appointments to have them help you with your shopping, it’s like shopping for dummies only with a real human who knows what they are doing to help you.

Despite not being able to fulfill Megan’s list, I count this trip as a success! I came away with some Darth Vader cufflinks and an education on how to do it right the next time.  Now, I need a nap! 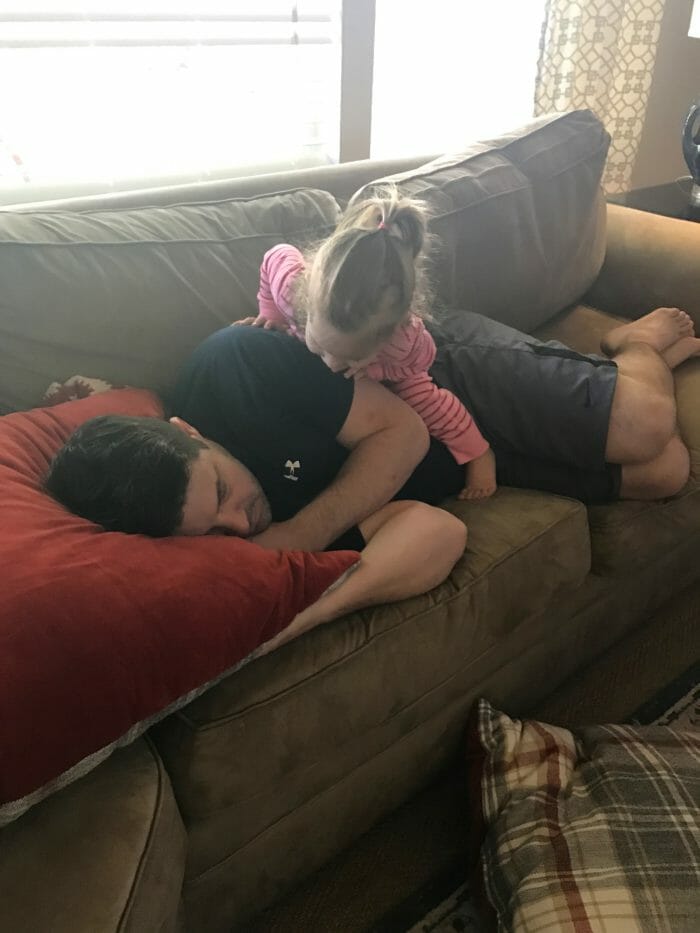 Oh yeah, do I have to say, “shop my look” or something like that now??

Yes, ladies, he’s taken.  So sorry to disappoint!  😉 But don’t let him fool you, he loves getting a chance to ham it up! Thanks so much, babe for all your hard work! -M

If you liked this post, you may enjoy these:

His Picks from the Nordstrom Anniversary Sale