Now that the One Room Challenge is over and my office is all mine and ready to be worked in, all those little tidbits and to-do’s that have been swimming around in my brain for the last month can finally be tended to.  Everything was on the back burner while that room was being finished and my brain felt like it was going to explode with the mental list that was piling up.  Whenever I feel that happening, I know it’s time to pull out my MASTER LIST and get it updated.  I always feel so much better after a good brain dump!  It’s like all those thoughts that were brewing in my head are captured so I don’t have to worry about losing them.

It feels like we have a lot going on this week, so I took it a step further, and pulled out one of my “project to do list” sheets and mapped out my week.  It’s a busy one with a school field trip tomorrow, T-ball All Stars practice/game, neighborhood bunco at my house and a baby shower here on Sunday. Talk about everything piling on at once.  So much for ‘just one thing’ this week! 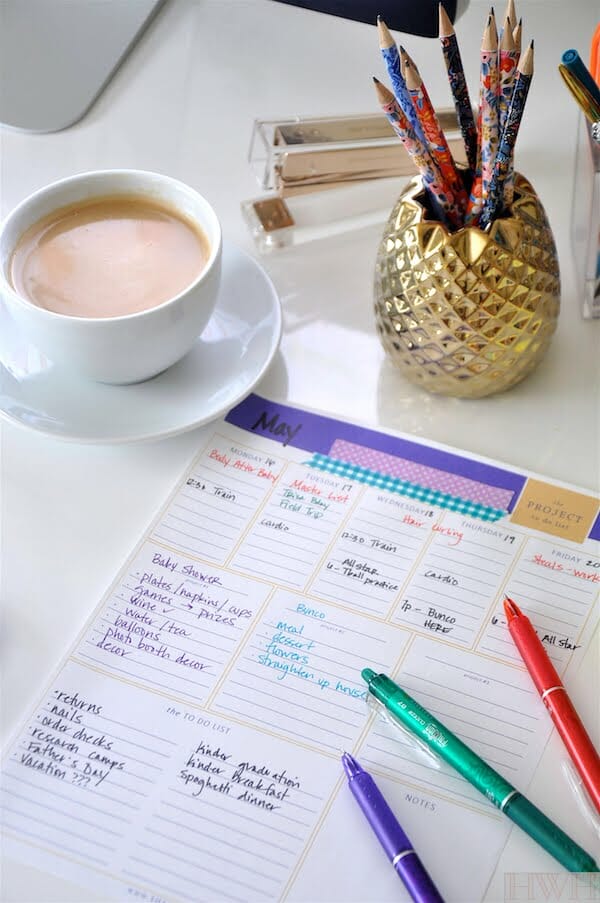 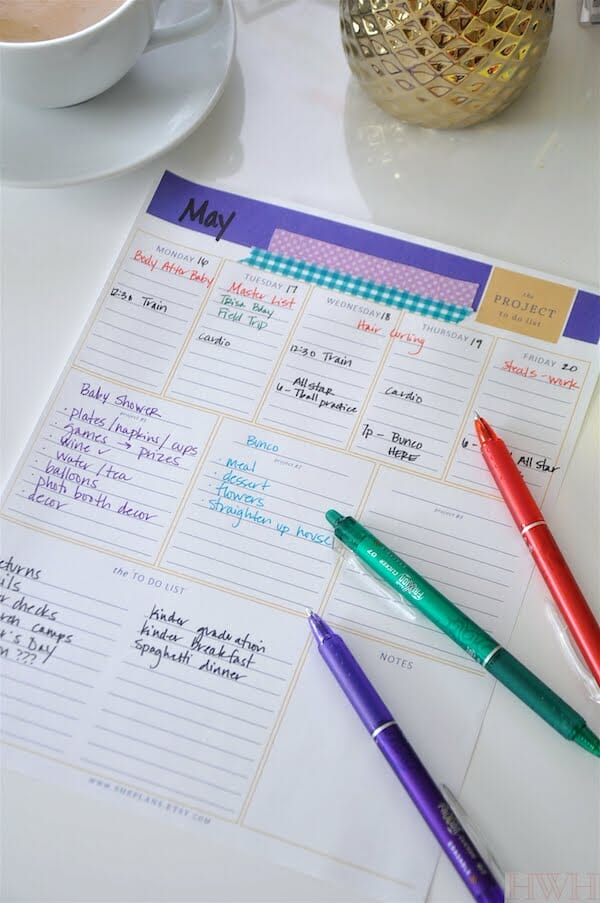 Here’s a peek at what’s on my Master List lately:

We have started several home decor projects in our home and now I need to buckle down and complete some of them!
Son’s Room – Our son moved into the guest room to make room for the nursery and so his room is only partially complete.  Many of you have been asking me about his room and want to see it, so I’ll probably start on this next. And it’s only fair since his sister’s room is all done.  He’s got a nice dresser, bookshelf, desk and bed, but I need to make a decision on what we’re doing with the walls, and the rest of the decor.
Playroom/Media Room – A while back, we decided to transition the playroom into a playroom/media room.  We got a start on it, but just barely, so it’s also an uncomplete project that needs attention.
Nursery Bathroom – The nursery bathroom is undergoing a few minor decor updates, but the light fixture isn’t quite working so, that’s been on hold while I figure out a solution.

Office Organization – Now that my office space is finished, I need to organize the adjoining closet and make it super functional.

After over a decade together, my middle brother and his wife are expecting their first baby, a boy! in August. This is such a sweet, sweet time especially because we lost my Dad last year.  Having two new babies in the family will bring so much joy into our lives.
As for the shower, luckily, I had my own wonderful baby shower not too long ago to draw inspiration from!  I’ll be hosting Jessica’s woodland themed baby shower on Sunday and it’s coming together with help, starting with these precious invites. 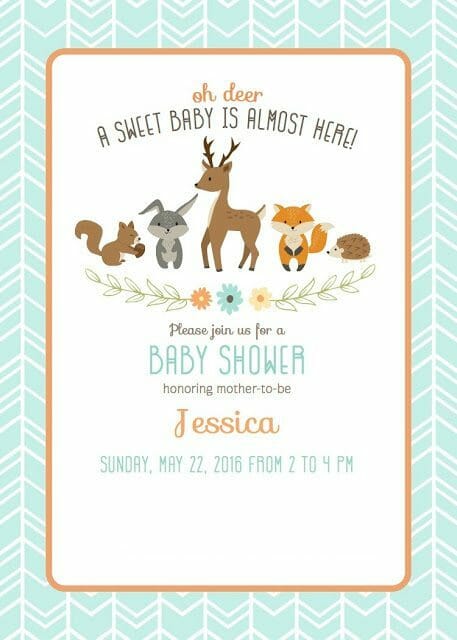 Holy crap! I just looked up and realized that school ends in less than two weeks! What am I going to do with two kids at home?! Jordan still needs lots of attention and sleep and if I’m not actively intervening, James would be on his iPad or video games all day.  We’ll have to figure out how to meld their two worlds without me going crazy.  And my Mom may not be available this summer 🙁  so this will be a new experience for me. Tips welcome! Or come help!

When I asked James what camps he’d be interested in going to this summer he said, “Camp Stay Home.”  Ha! He did say he wanted to learn to be an actor, so I’m looking into acting camps, and also he likes the basketball coach at our gym that offers camps, so I’ll see what they have available there too.

I may have to rethink my blogging schedule, but will just play it by ear and see how it goes.  I just can’t believe the school year is almost over.  We have kindergarten graduation next week and I know I’m gonna be a mess.  My first little baby is getting to be such a big kid! #passthetissues!

Before I can commit my son to any camps this summer, I’ve got to nail down my husband to a few days for a family vacation.  He’s finally convinced me to do a road trip, so we’re thinking about loading up the car and kids and driving to Colorado.  Are we crazy?!  I usually lose my mind after 3 hours in a car, but he’s always wanted to do one because he grew up on family road trips, so I figure I owe it to him to at least try it once.

When I was a teenager, our family did a summer road trip from Ohio to Texas.  Us kids complained the whole way, as Chaz and I sat all sweaty and smushed together in the backseat of our small Ford Escort with Austin who was still in a car seat!  But, we’ll never forget that trip and now we look back on it as a fond memory. 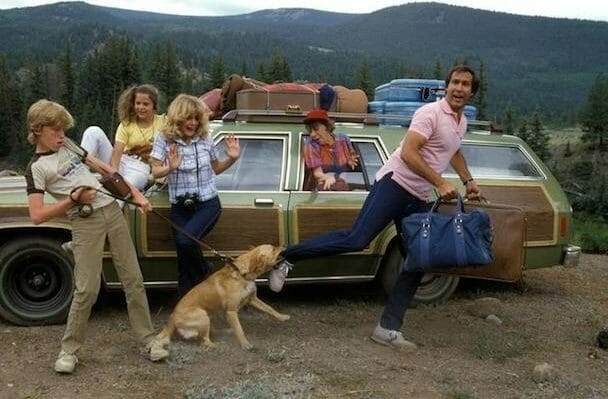 And, if I’m talking myself into the positives of a road trip, maybe it will be better because that way we can have everything with us as opposed to trying to pack and check all the stuff you need with a kid and a baby.  And we can stop to breastfeed as necessary.  But, getting my husband committed to a specific time off work is like trying to lasso a buckwild bull.  No easy task!

But, I must give him props for doing double duty with taking care of James while I tend to Jordan as well as splitting grocery, cooking and cleaning duties at home.  He did me so good on Mother’s Day too with a necklace with two “J” initials, so I don’t want to be scrambling at the last minute come Father’s Day.  For the guy that’s so hard to buy for, I’ve been looking at watches because I know I can never go wrong there.  All of these from Nordstrom are contenders, but I had to show several just in case he happens to stop by here.  #2 is like the mate to my own watch that I wear all the time.

HAIR TUTORIAL
Last but not least, I’m finally working on a hair curling tutorial for loose waves like I usually wear (see below) for you! Many of you have asked for that and I’ve been wanting to bring it to you for a long time, but just now got my routine photographed.  I’m hoping to have the post up by Thursday, but if not, I’ll post it on Friday.  And I promise, it’s not that hard! 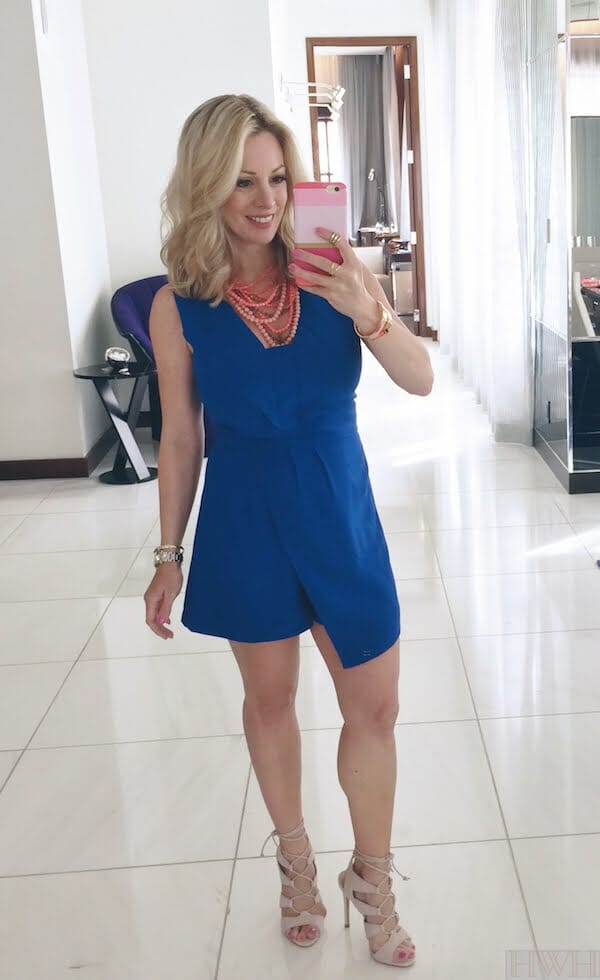 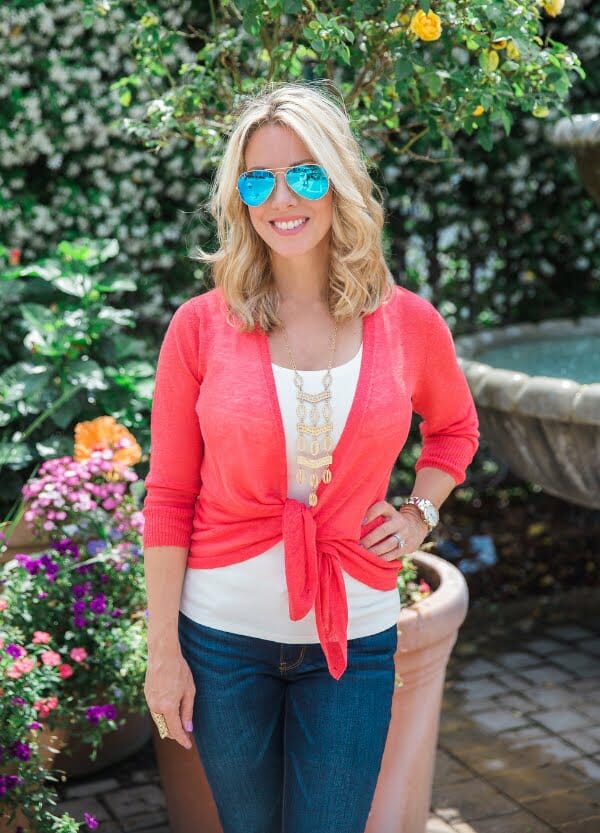 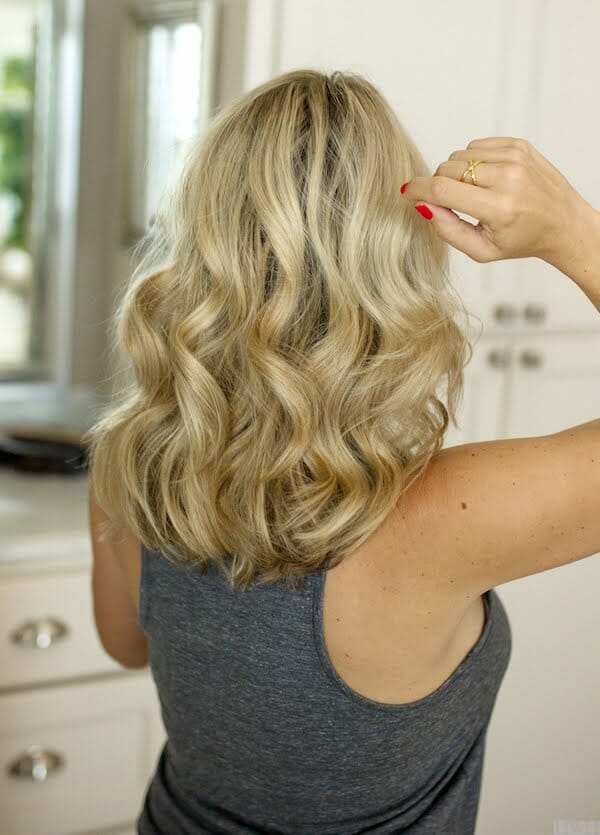