Our preschool Halloween party is at the end of the month and I’m helping some of the other moms with the food, decor, and treats.  We brainstormed a few cute ideas that I thought you might be interested in. Of course, we turned to Pinterest for lots of inspiration.
The party is short, just after the costume parade, but we still wanted to make it special.  For food, we’ll be bringing these adorable Witches Hat Cupcakes.  Looks like a white cupcake with white icing, a brown ice-cream cone hat, licorice hair, candy corn nose and two chocolate dot eyes. 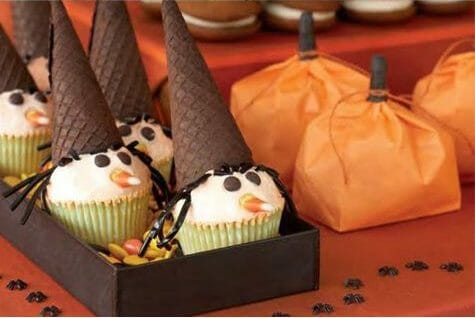 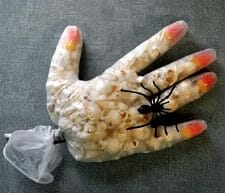 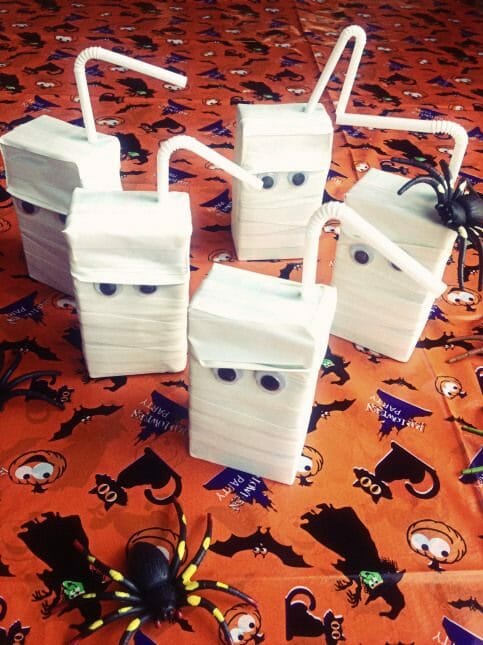 via Happy Little Kiwi
I’m bringing some party favors in the form of a Halloween Take Out Box.  I found the containers at Michaels and they have lots of varieties. 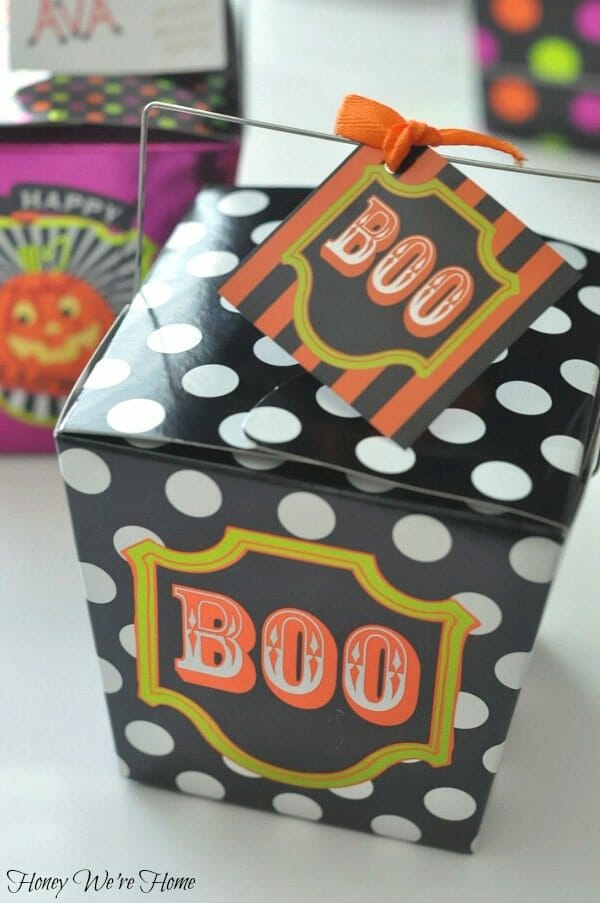 To create name tags, I purchased a few mini take-out boxes and cut them into flat pieces. 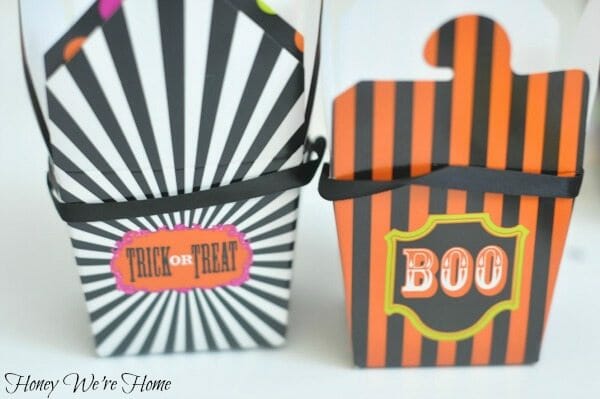 Jazzed them up with a “made with love” stamp. 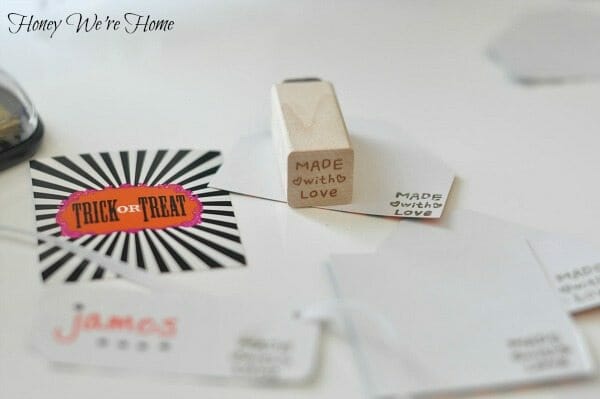 And simply hand wrote each child’s name in orange and black and tied it with a ribbon. 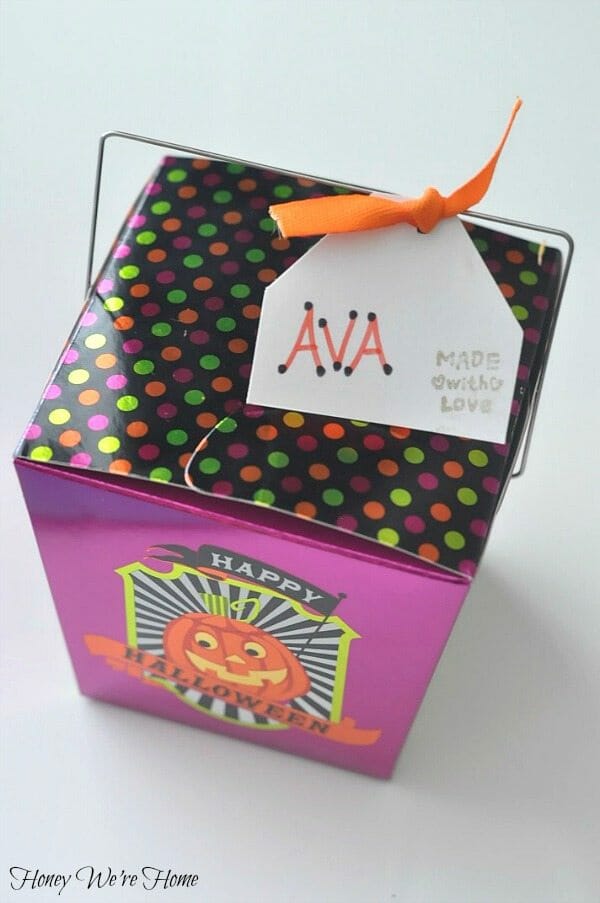 Inside the boxes are treat bags personalized with the initial 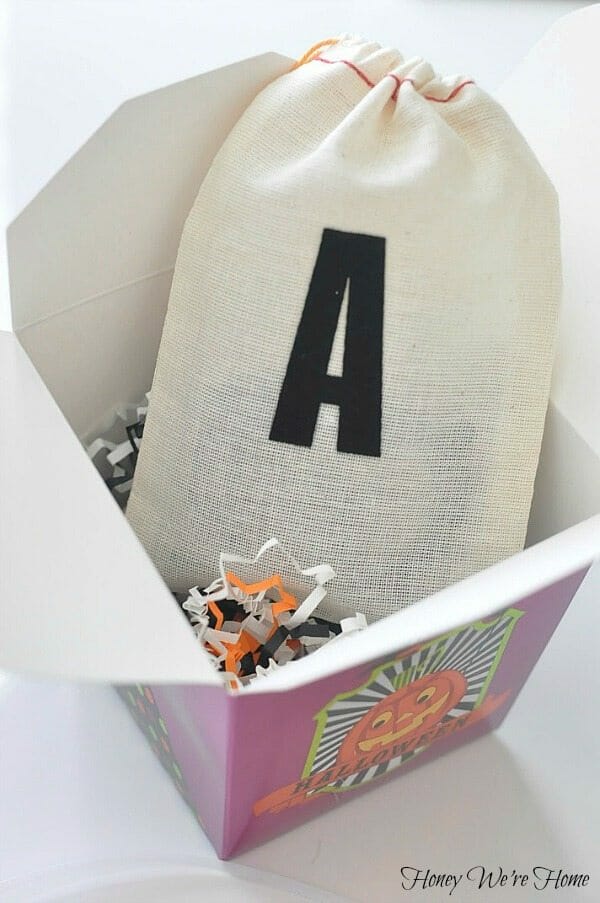 The bags contain a plastic jumpy frog and fangs and sit on top of Halloween colored crinkle paper. 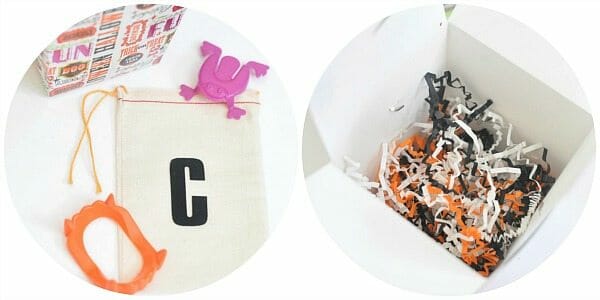 I enlisted my son’s help in stuffing the bags. He got about halfway done before he lost interest. But, he made sure to put “a black fang and black frog” in his bag. 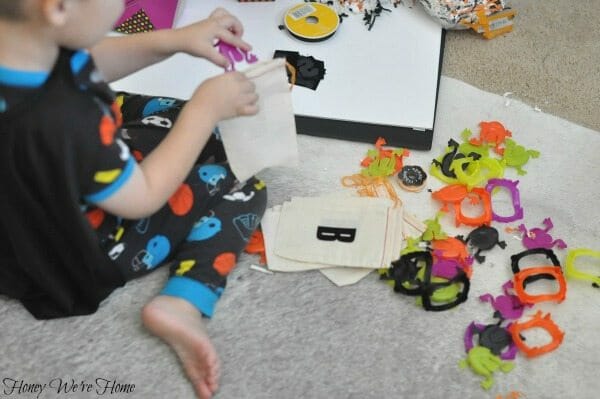 I’m also putting Lollipop Ghosts in the boxes, but haven’t gotten to that yet. Shouldn’t be too hard, just cup up an old white sheet into squares, tie with ribbon, and dot with marker for the eyes. 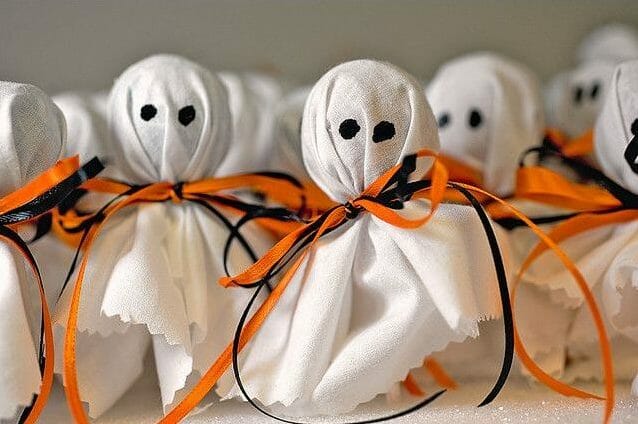 via Woman’s Forum, via Flicker – Michael Fletcher
The letters were so easy to affix to the bags- just peel and stick, then iron for about 15 seconds. 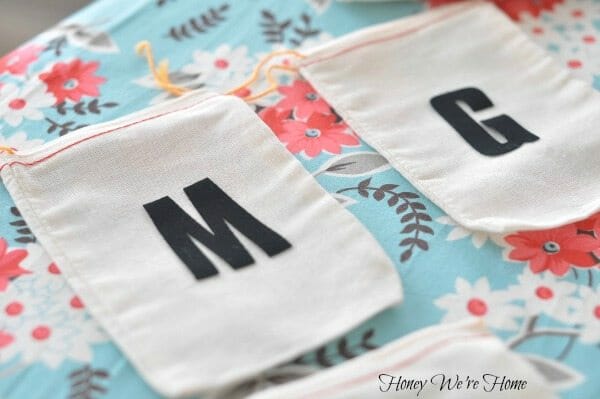 Didn’t take long at all. 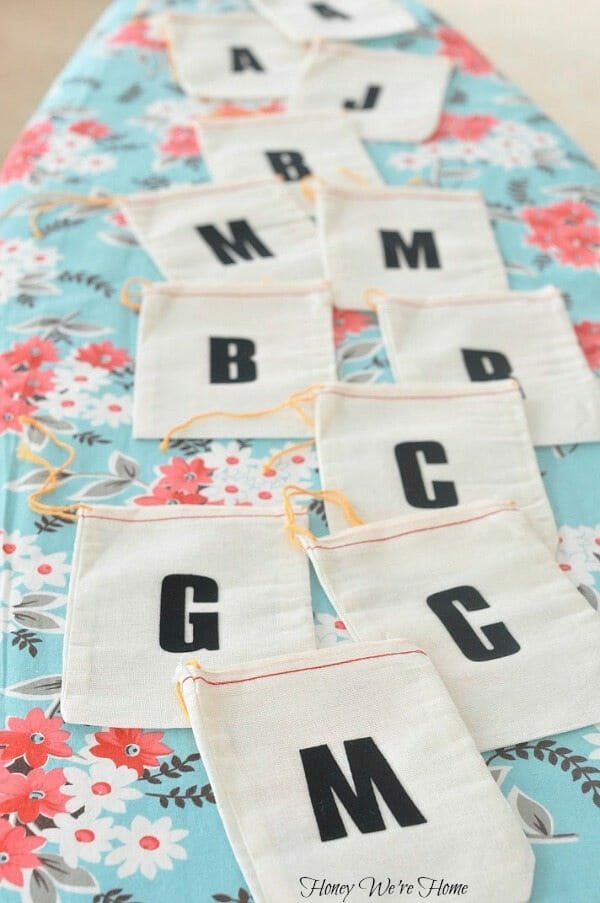