Remember when I told you a few weeks ago that I was wishing my husband would be more involved with the baby?  Well, I’ve just been handing her off more lately, . . . here you go!  🙂 I’ve captured some snaps of when he is holding her and there’s probably nothing sweeter than a little baby girl and her Daddy!

I think I’m also way less resentful that he’s getting to enjoy all the fun stuff with James and I’m just on baby duty because now James is home with me for the summer and we’ve been having such a good time together that it’s taken the edge off.  I missed that boy!  Isn’t it awesome when you enjoy your kids?!  You can follow us on Instagram and Insta Stores because there’s live video over there!

So, back to little baby and daddy!  Doesn’t she seem to enjoy being in this guy’s arms?! 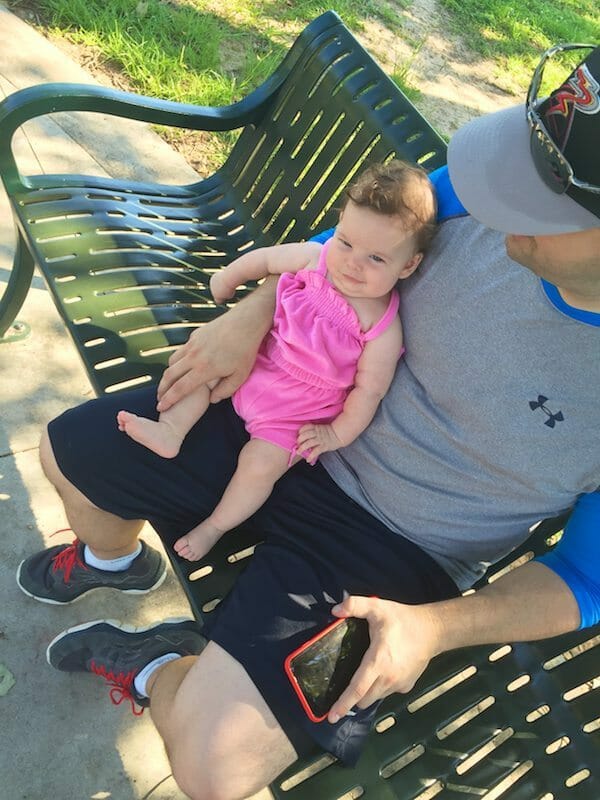 shorts | similar shirt | similar romper
I tried asking my husband what is it about men (ahem, “some” men) and not being very comfortable around babies and he was all, “what do you mean??”
Really?? I think he doesn’t even realize that that’s my perception of it!  Have we met?  ha! Well, he did happen to mention that he “really hits his stride around the 9 month mark!”
Lucky for him, that’s only 5 months to go! 😉
Look what I found when I googled “men and babies”. 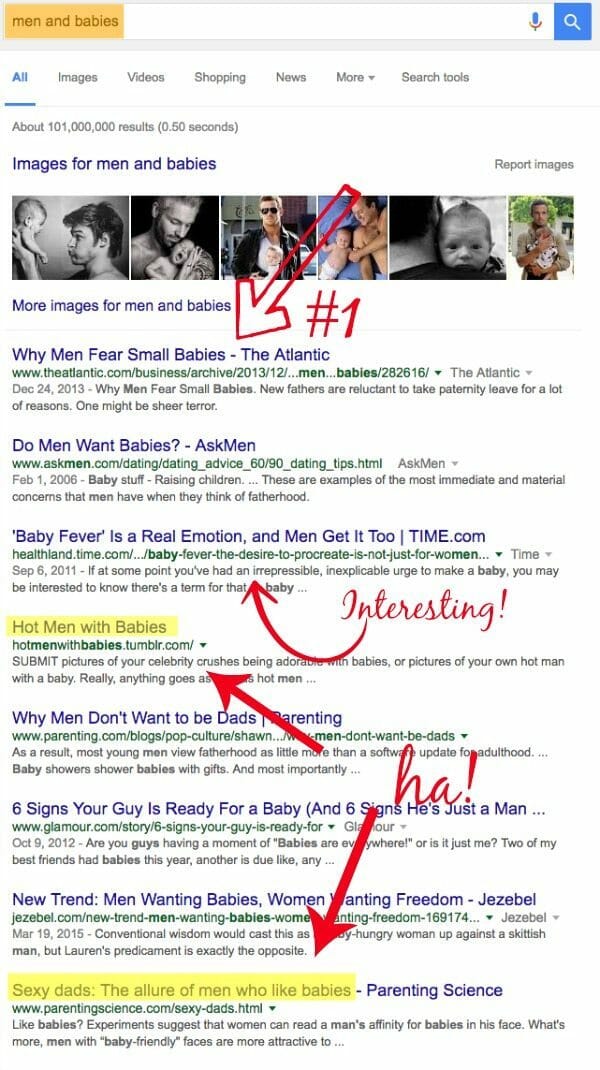 Fear, man baby fever, and hot dads are the biggest results.
I read that first article and although it was mostly about paternity leave, it had some good points about men feeling useless with a new baby and how they just don’t know what to do with a baby because they’ve never been taught.  It said, “no one taught us how to coo and rock, where to put our hands, or what the right way to hold a bottle is.” And they feel like, especially when moms are breastfeeding, that they can’t help and don’t have the ‘tools’ to calm a fussy baby.  I get that.
I particularly liked the “hot men with babies” site. 😉  It’s just pics of cuties with cuties.  But, I’ve got my own two cuties to look at, so it really didn’t do much for me.  There really is something about a man holding a baby! 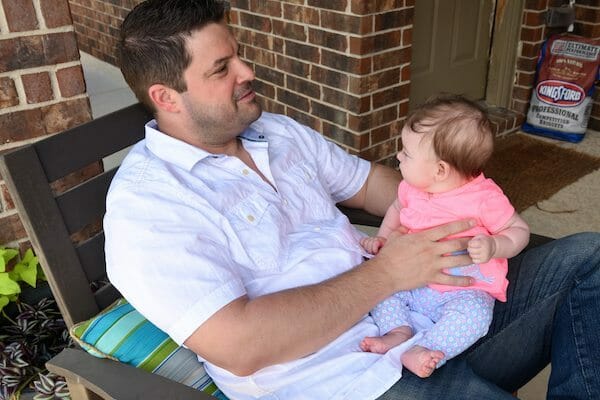 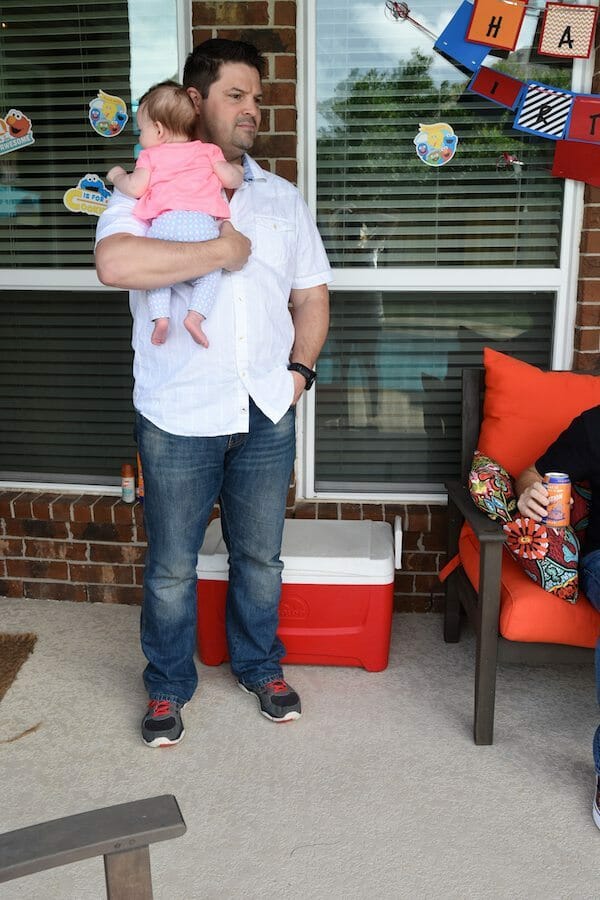 Is that the one-armed football hold?  So funny because you’ll never see a mom holding a baby like that with a hand in her pocket!
At James’ kindergarten graduation below. 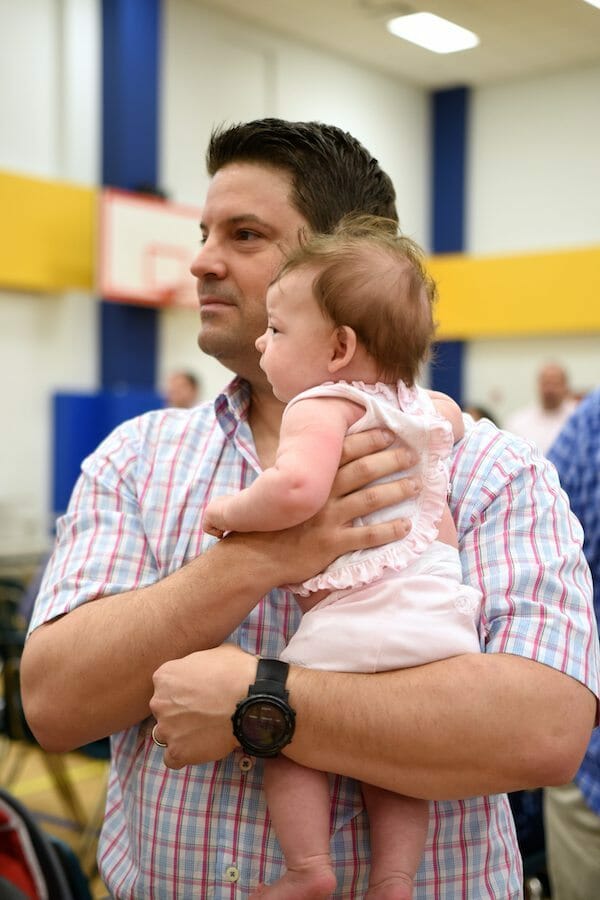 And just home on the couch.  See more of our living room here. 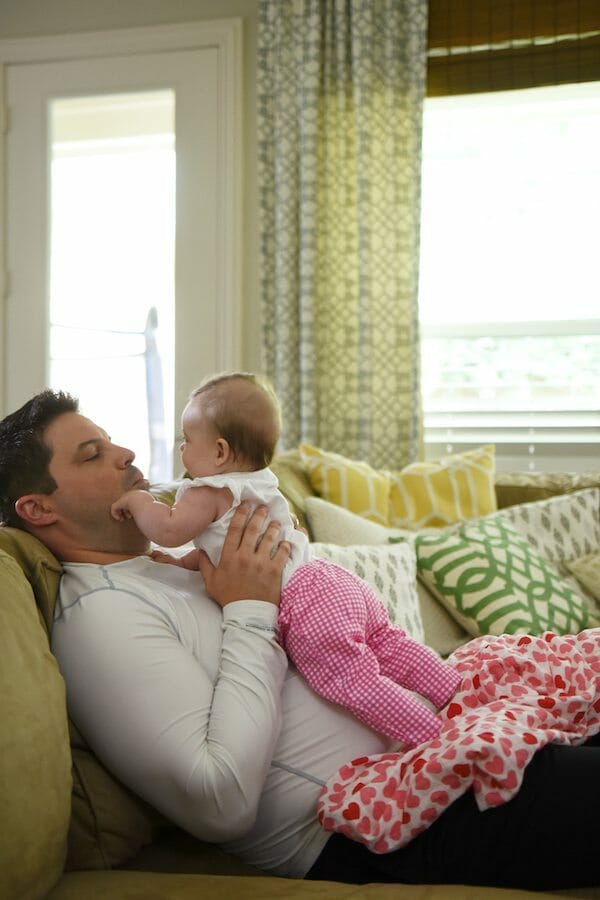 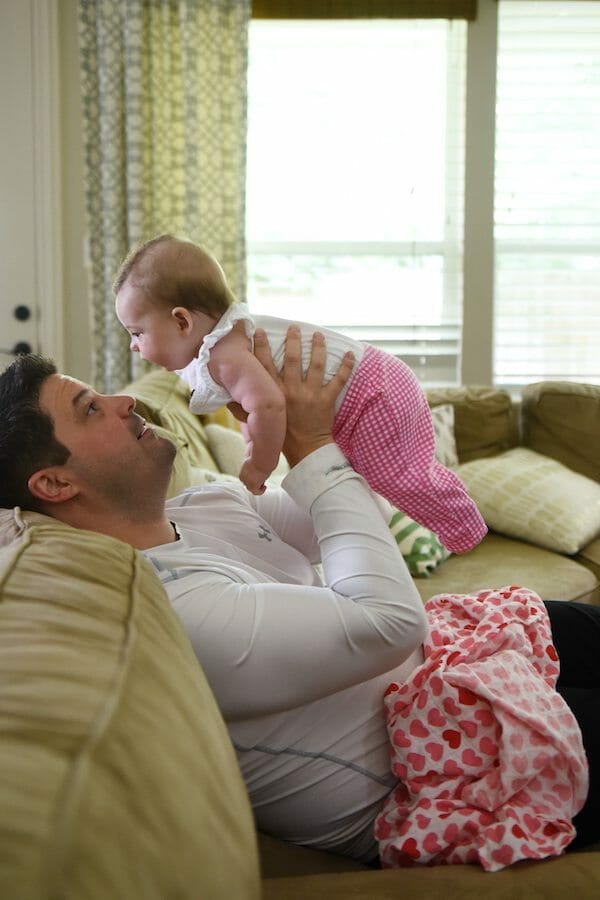 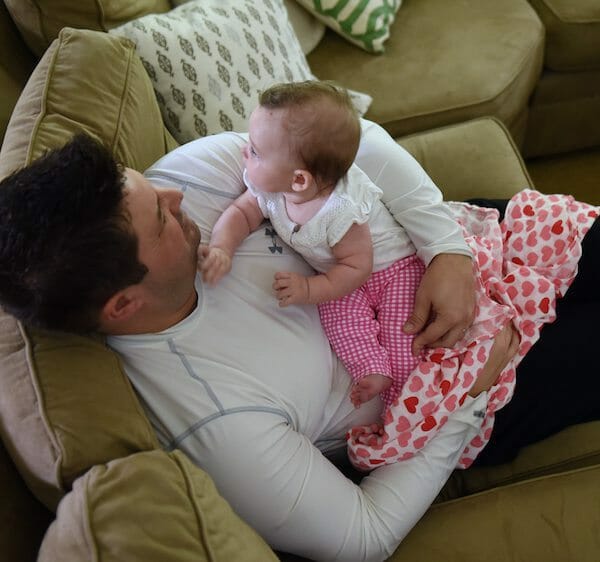 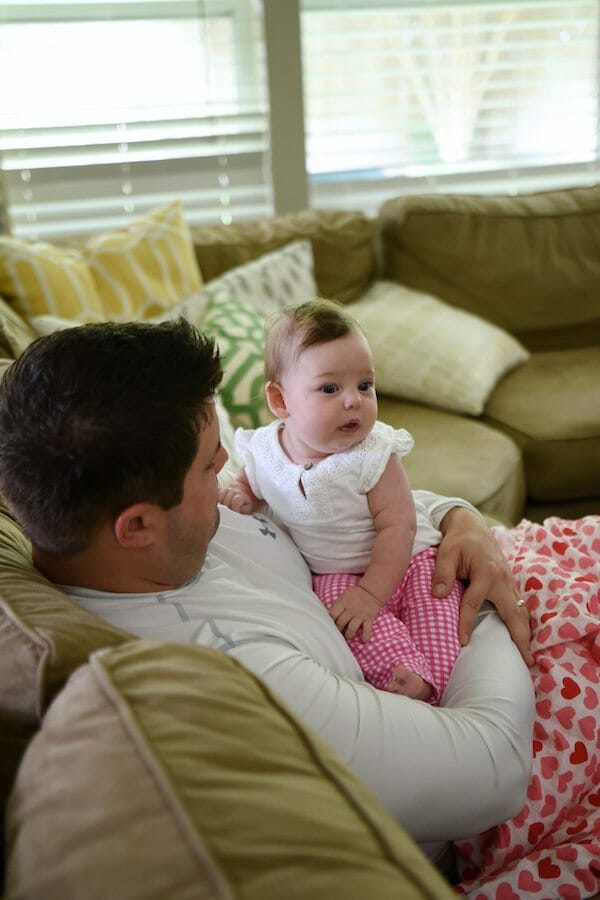 I know I’m biased, but I swear Jordan gets cuter by the day!  And everyone says she looks just like her daddy, so good thing he’s such a good lookin’ guy!  But I guess James’ and Jordan’s blue eyes come from Grandma, because my hubby and I both have brown eyes.  I would’ve sworn both our kids would be brown-eyed too, but nope!

I couldn’t leave James out of this post! Love this pic of these guys in their element! 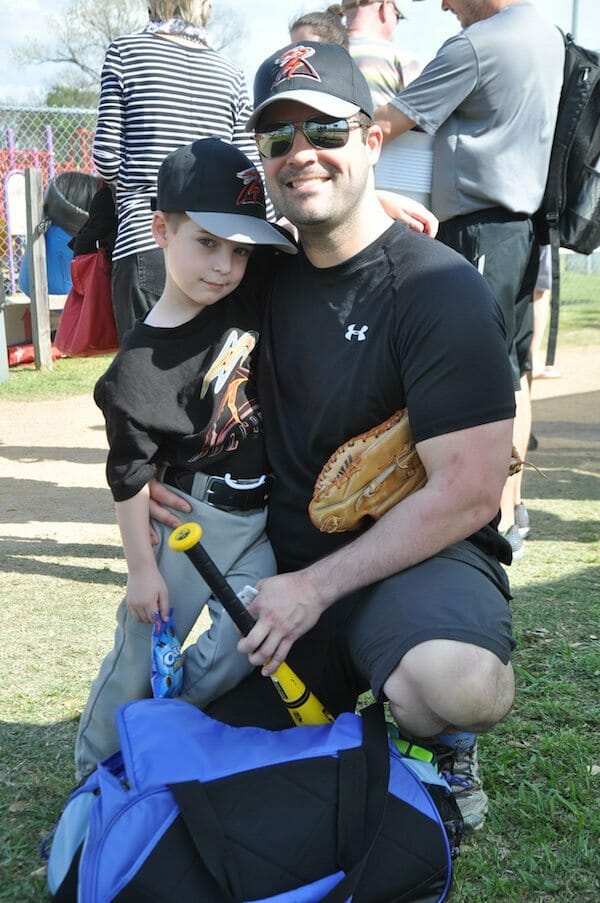 shirt
By the way, my husband swears by Under Armour shirts, especially in the summer.  He’ll even wear the long sleeve out on a super hot day and I’m all, are you crazy?!  But he says they actually keep him cooler.  If he wears a regular cotton tee shirt, it’ll get soaking wet, but these stay dry.  He wears this one under his suits. I remember how hot it gets walking from the parking lot to the courthouse in the ridiculous Houston summer heat.  This polo style shirt would be great for the golf course if your guy likes to play.
I was curious about the shirts so I looked at the details on the Nordstrom site (love how they show those!) and I guess they have some kind of moisture-wicking and get this – antiodor – technology that does keep you cooler and less stinky! Ha! Way to go Under Armour! I think I need to workout in those more because #TMI, but I’m a sweaty, stinky mess after a hard workout! I do love my Under Armour sports bras.
p.s.  I do have more fitness posts coming up for ya!  Next one will be cardio focused! Stay tuned . . .  😉
I’m glad Nordstrom carries Under Armour for both men and women, makes my shopping life easier!
Under Armour for Him

Under Armour for Her