What began as a Valentine craft project turned into a broader crafty art idea.  Does that happen to you?  You start out with one goal in mind and then once you get into it, the project takes a different direction?  Originally, I collected paint chip samples in varying shades of pink and used a Martha Stewart heart punch to cut out a bunch of hearts that I planned on attaching to a single square canvas.  Since Valentine’s day is all about love, I thought it would be cute to hang some hearts in our kitchen or entryway. 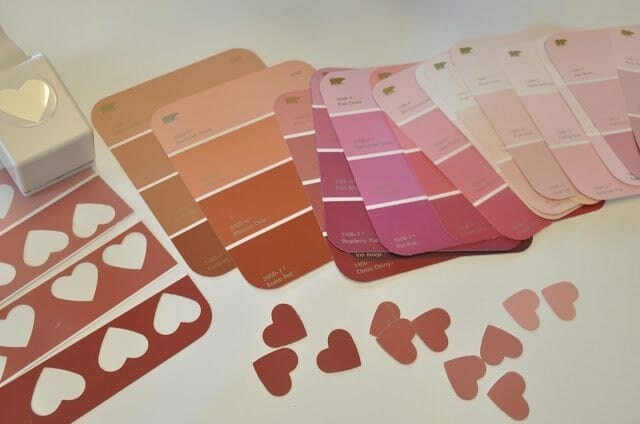 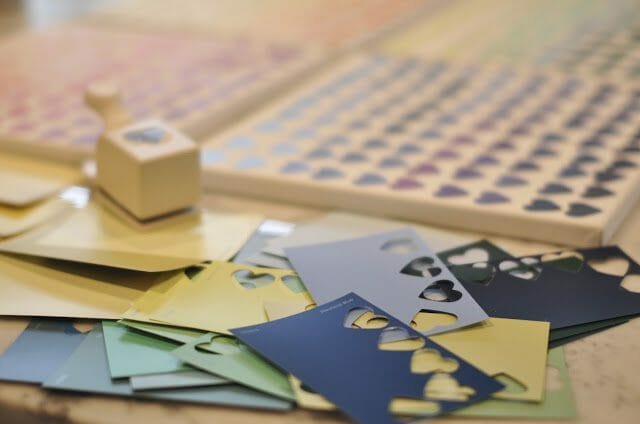 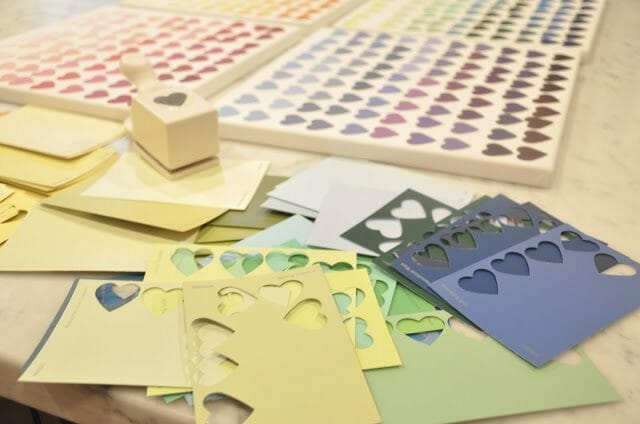 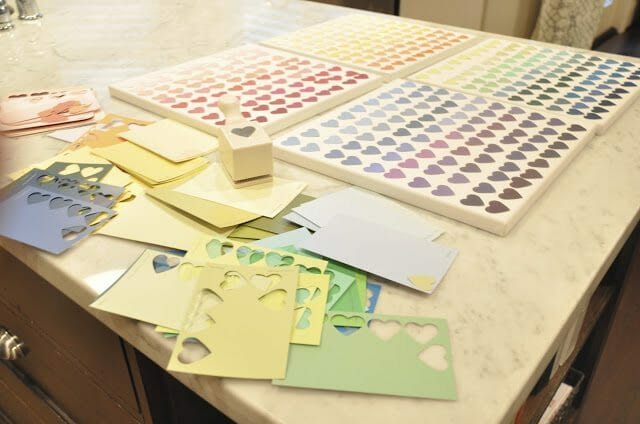 I ended up collecting all colors of the rainbow and punching out hearts in all of them.  The punching is easy (and quite addictive), taking just a few minutes to punch out a gazillion. And since I had more canvases, I spread them out onto four squares.
To give the art dimension, I used adhesive foam circles to affix the hearts to the canvas.  I just eyeballed the placement of the hearts and tried to keep the lines straight. 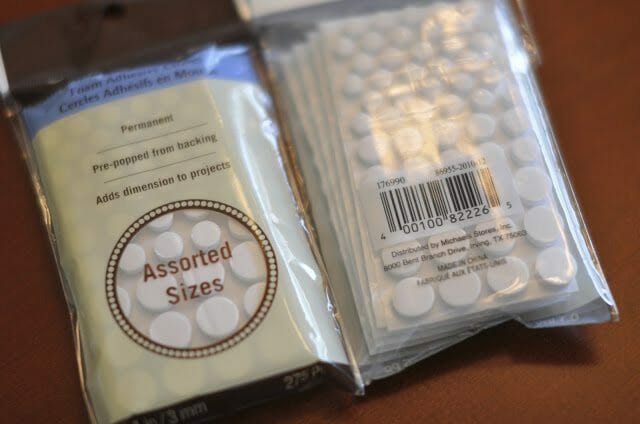 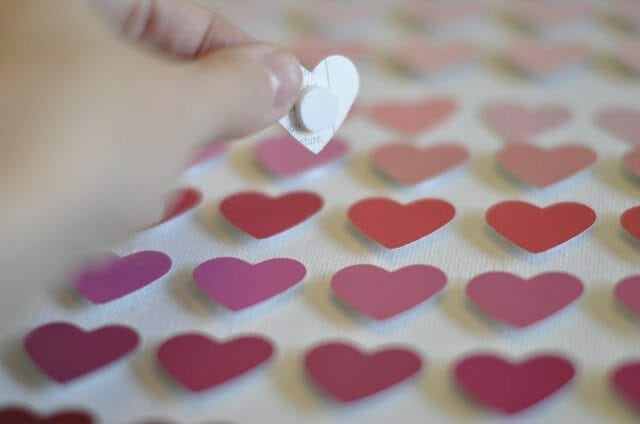 There are 90 hearts on each canvas.  It took about 2 hours to stick 360 hearts onto these canvases. 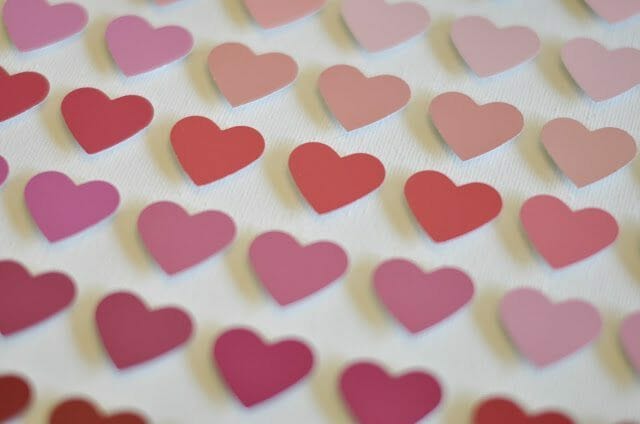 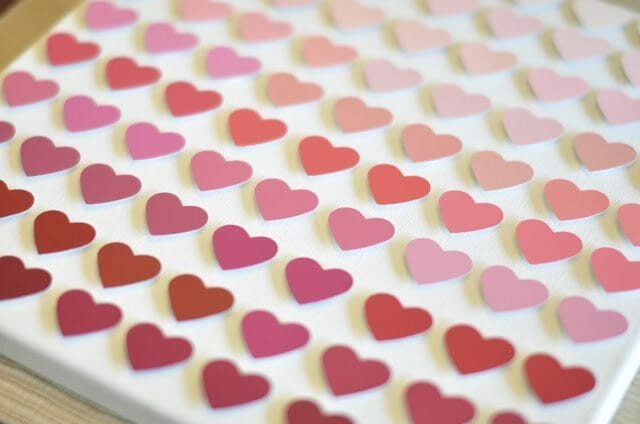 Then I had to figure out where to put them.  James’ room? Too much on the walls already.  The hallway?  No.  But my office happily welcomed them! 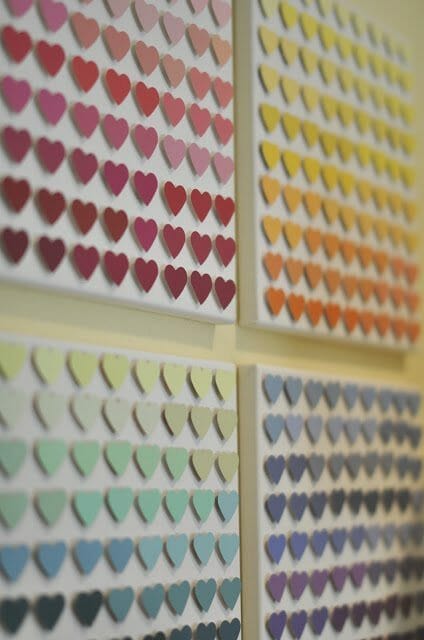 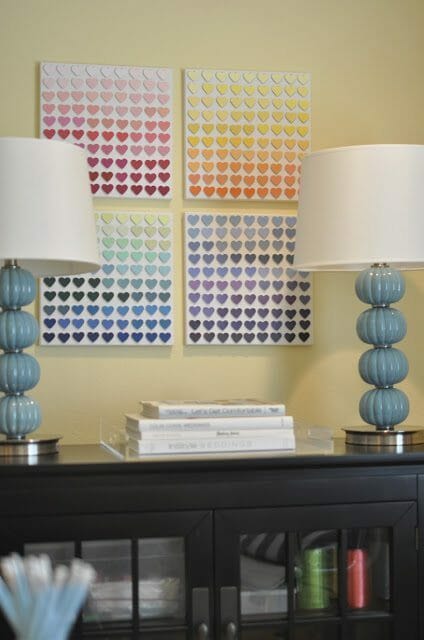 Who says hearts are only for Valentine’s Day?!
I’m sharing this post at Somewhat Simple.
* * * * *