Are y’all feeling good after that extra hour of sleep?!  You know you’re old when rolling back the clock means extra sleep as opposed to an extra hour of partying. We went out to dinner to a favorite Houston restaurant with another couple, but were all yawning by 11 p.m.  Back at home, over the last couple of weeks, we put roman bamboo shades up on our downstairs windows.  I’ve been wanting to do this for a long time because I felt like it would make our windows look taller and more complete, but we just now got around to it. 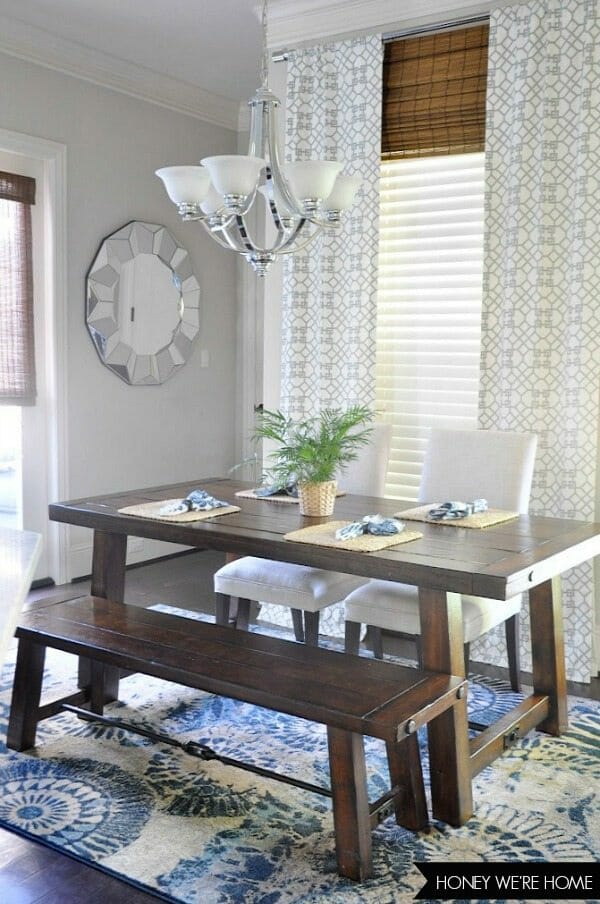 We opted for Hampton Bay ‘Caramel’ flatstick bamboo roman shades because I liked that color the best and they are very affordable.  They are easy to hang with triangle-shaped hooks at the top that we placed close to the curtain rod to create the illusion of higher windows.  As you can see below, there was about a foot of wall between the rod and where the window actually starts. 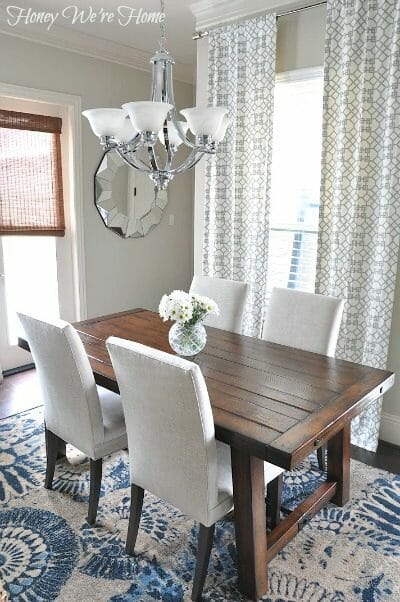 These bamboo shades aren’t lined, so they don’t block out the light, but they do diffuse it some.  I’m only using them for decorative purposes, so I don’t mind that, and I just keep them pulled to where the window begins so the light doesn’t shine through.  Also, we normally keep our blinds open, but I closed them so the picture would turn out better.  Our window is 36 inches, so that’s the size we used here. 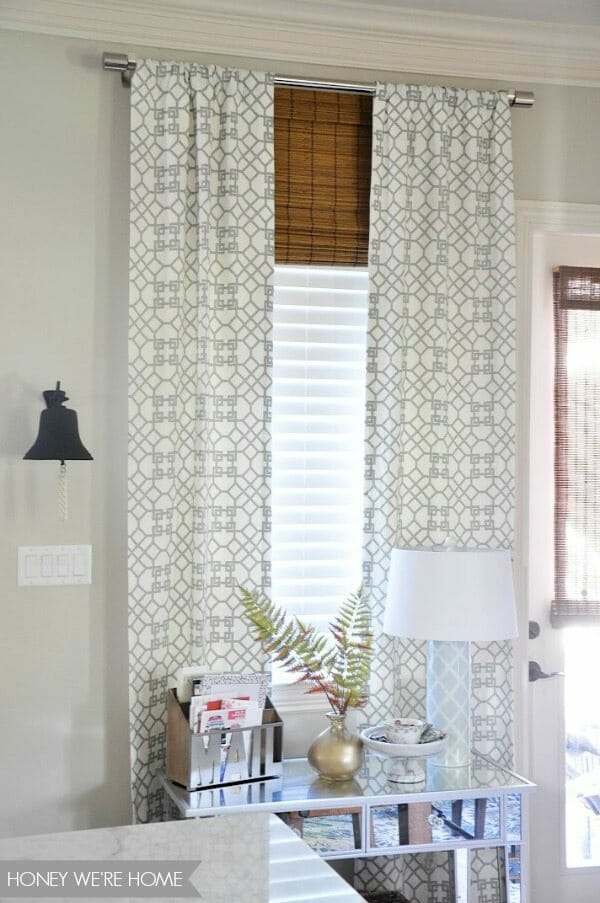 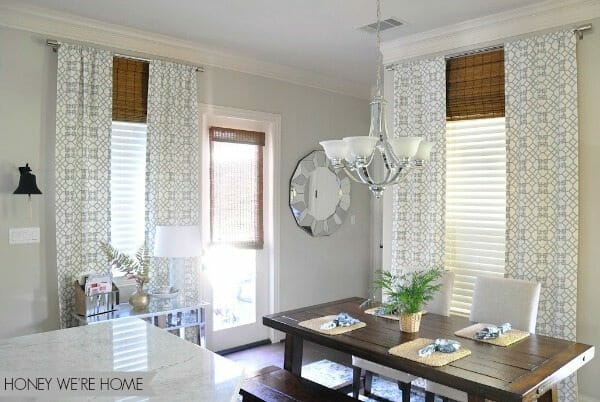 You might also notice the addition of our dinner bell that I’m crazy about.  I used it for the first time last night as I served up big bowls of homemade chili and cornbread (ok, so just cornbread for our son) on one of our first cold nights (yay!).  I got the large bell here, but it also comes in small. 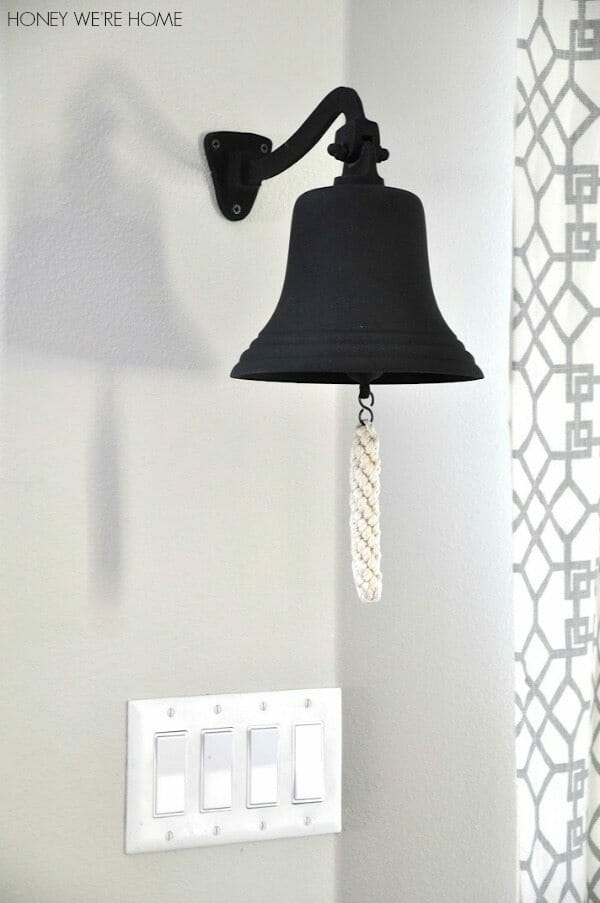 I let James give it a good ring too. 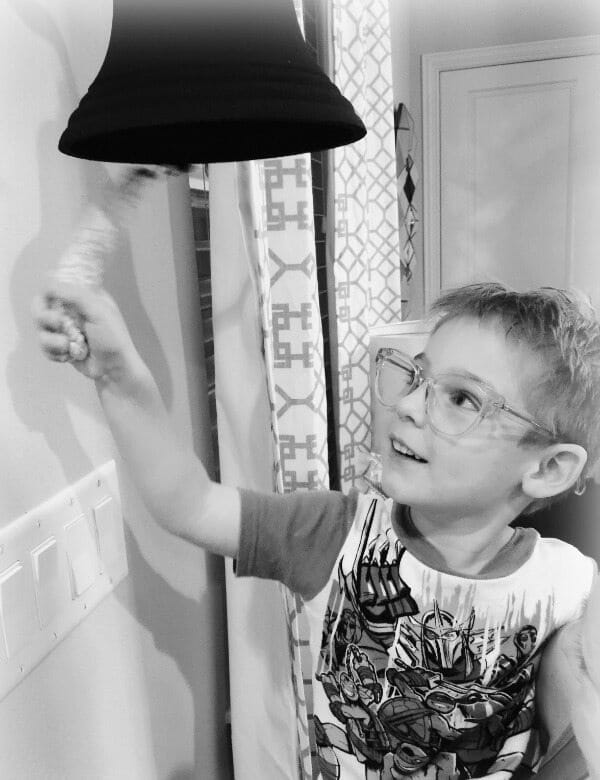 For the dining room, I used a 72-inch shade because that’s as long as they came without going the expensive custom route, even though our window is wider.  The curtains hide the difference pretty well though. 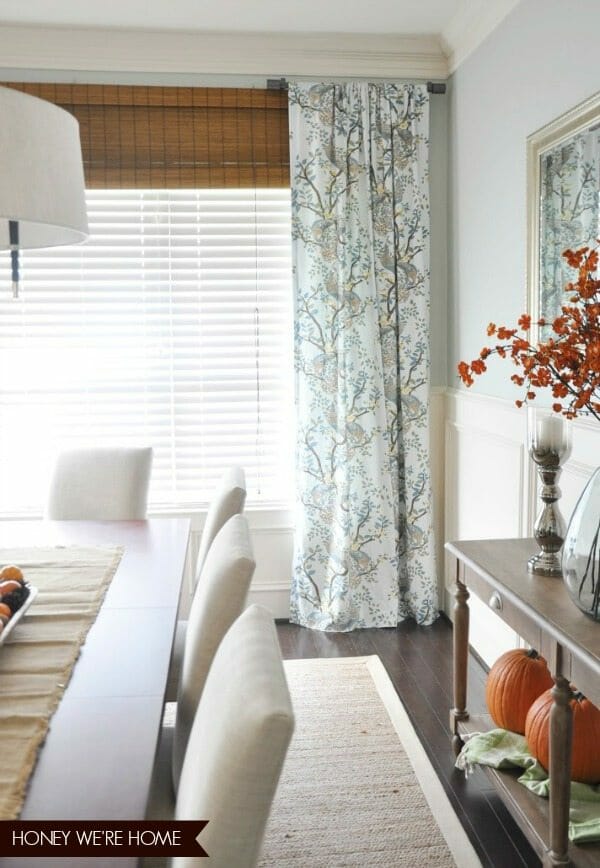 You can see in this photo below how the roman shade is a little too short. 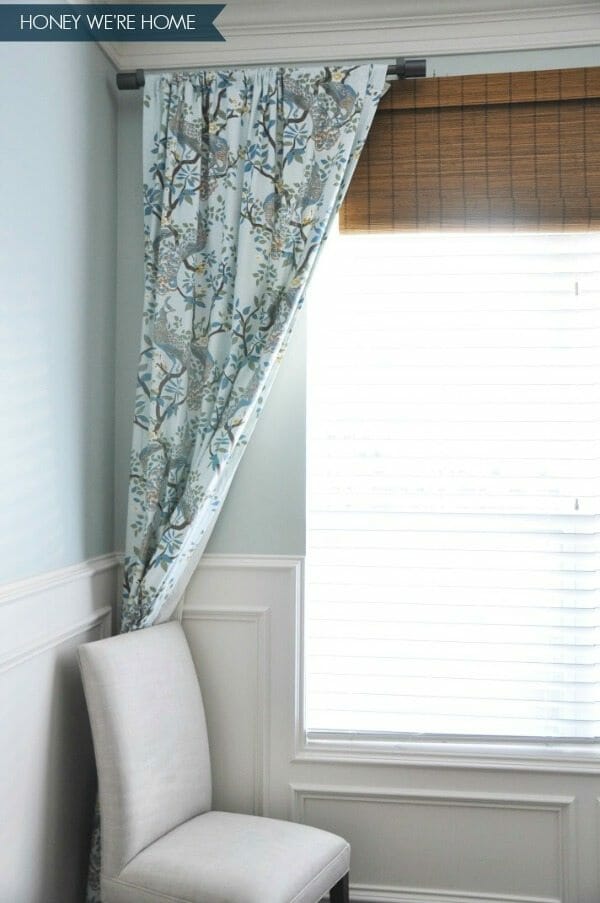 In the living room is where I ran into some issues.  We put up three 48-inch shades (the size of the three windows) and I planned to add two more curtain rods and curtains where the wall between them is showing, but when I got two more West Elm rods, their mounting hardware was different that the original and wouldn’t fit with our wall.  (You have to slide the hardware together and there isn’t enough clearance between the crown molding and where the rod needs to go – if that makes sense.)  So, I’ve been looking for other hardware that we might be able to use instead or possibly, other rods.
The other issue is, we’d either have to make two new curtain panels (since these are custom- Windsor Smith Pelagos Fabric in Mist) or use the curtains in the breakfast room and get new/different curtains for that space.  Or make two more panels from the panels shown below. 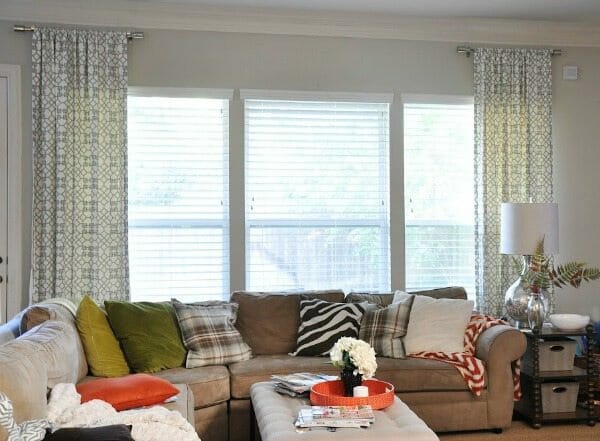 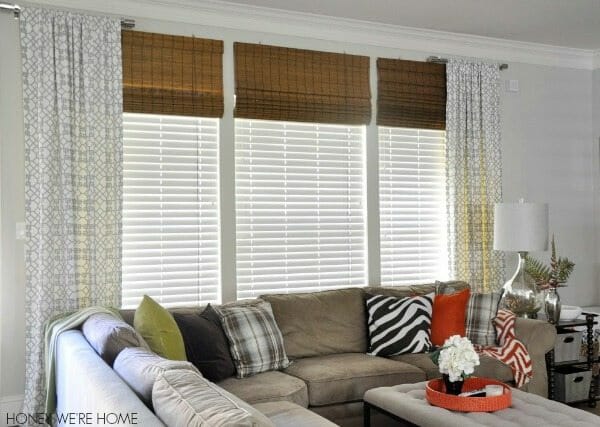 But, what I originally had in mind would’ve looked something like the photo below. 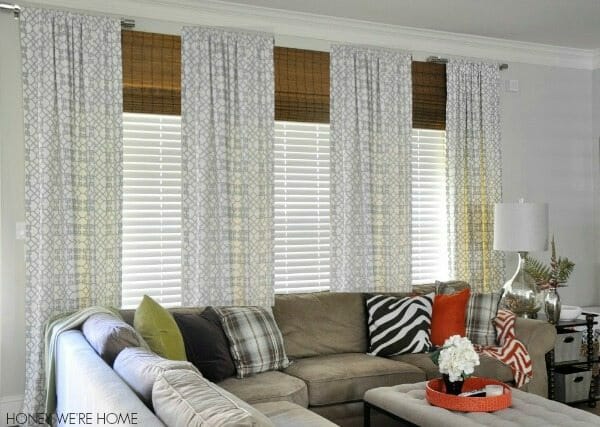 I’ll keep you posted on what we end up doing, but I welcome your suggestions.  Do you like the windows better with or without the roman shades?