Lately, I’ve been working out after work, then come home and drink my protein shake.  About 45 minutes later, after I’ve showered, I like to eat this Egg Scramble.  It’s also great in the morning since it cooks fast and is filling. 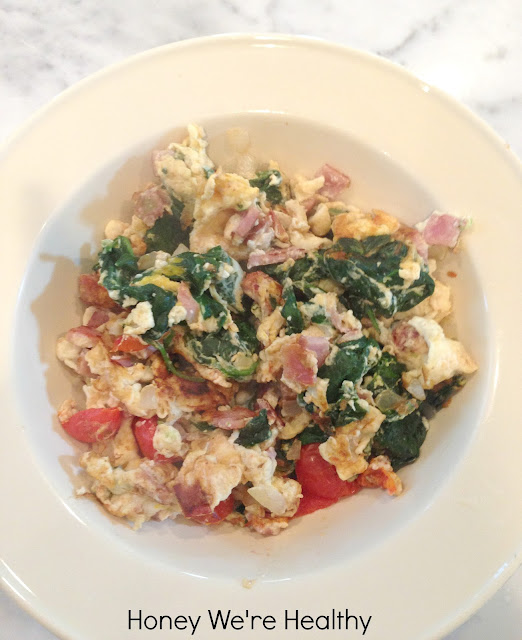 I spray Pam in a skillet, add a small chopped slice of turkey ham, bit of diced onion, a few cherry tomatoes, and a bunch of spinach.  After the spinach cooks down a little, I add one egg and about 1/2 – 1 cup of All Whites (depending on how hungry I am).  I just keep stirring until it’s all cooked, then, off the heat, add some low fat cheese.  Mushrooms would be good in this too.
I really like All Whites for their convenience.  They are 100% liquid egg whites.  But, I think that Egg Beaters are weirdly yellow and have a funny texture. 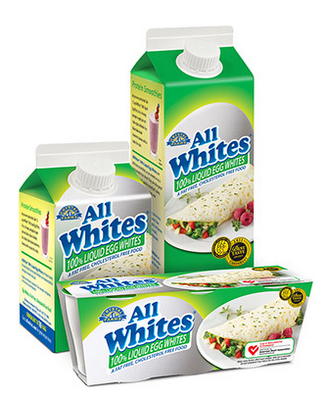 I use Jennie-O Extra Lean Turkey Ham, but be careful, it’s got quite a bit of sodium. 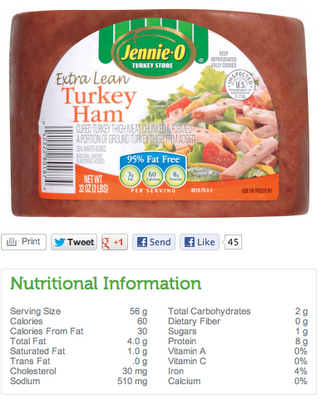 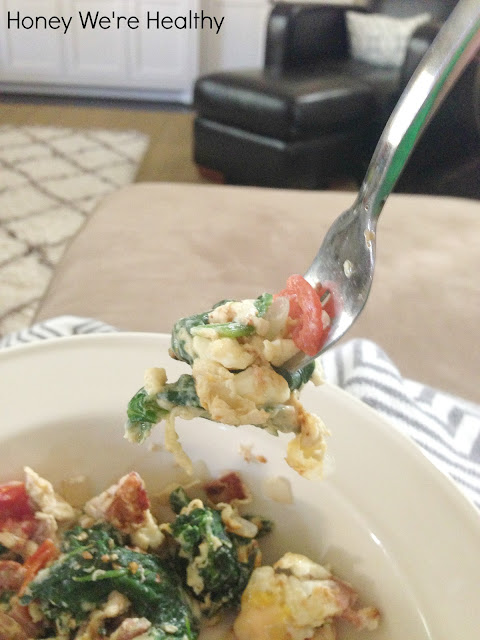