Before I was even pregnant with James, Jimmy and I bought him his first toy- an adorable big-legged giraffe from the MGM gift shop in Las Vegas.  I thought it was so cute and would be good to have something “baby” in the house pre-baby.
I started photographing James with the giraffe when he was 2 months old, but missed months 3 and 8 (oops!)  It’s so funny to see the progression of him just sitting like a lump next to the giraffe at first and then take more interest in it.  The giraffe started out much larger than James, but he quickly caught up!   James’ shoulders didn’t even come up to the armrest of the chair at first, and nine months later, he’s got his arm slung casually over it!
At month 5 and 6, James was tackling the giraffe, then at month 7, he wanted to crawl out of the chair.  By month 9, I could barely get him to sit still and at month 11, he was only interested in his book!  The last picture I took, he was slinging the giraffe all around and almost fell out of the chair because he was climbing all over! 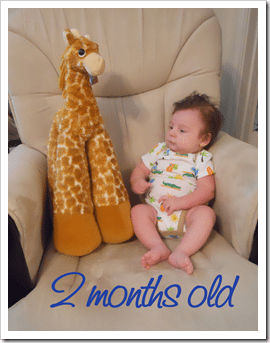 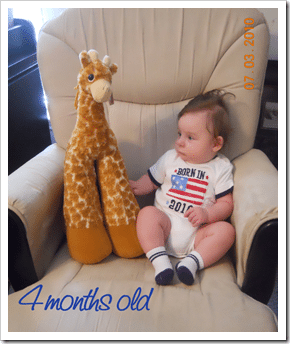 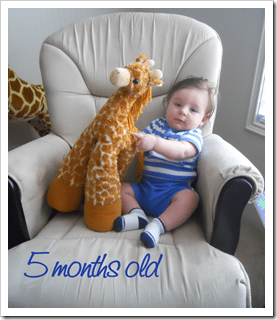 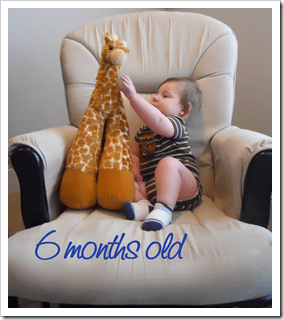 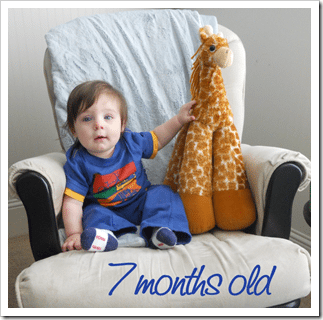 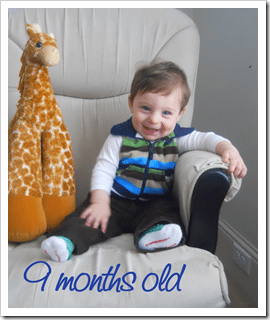 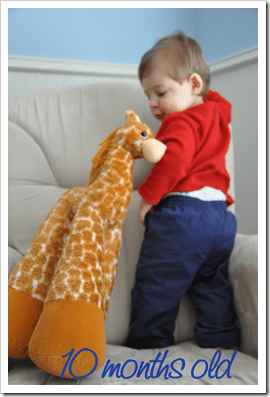 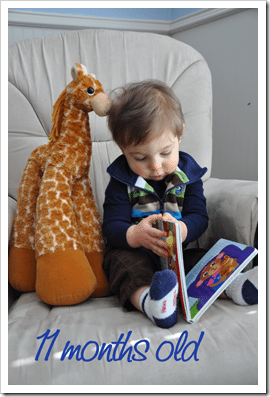 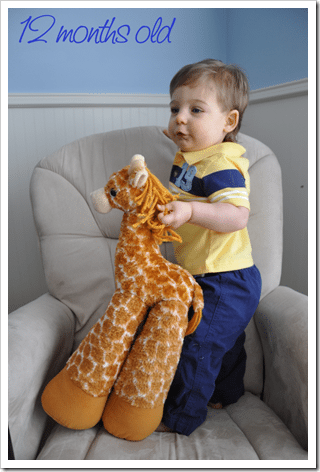