Last week, I finally tackled a simple project that had been nagging at me for months.  We switched our towel hooks for towel bars so that the towels could dry better between uses and stay fresher longer.  I like the look of towels hanging from hooks, but it seems that they go “sour” or mildewy because they don’t air dry as well if they aren’t laying flat. 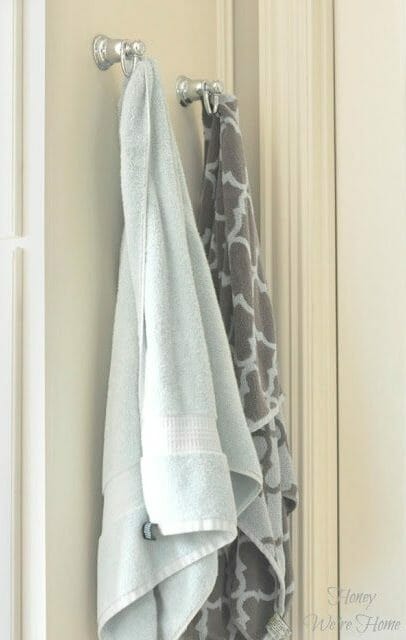 I chose an inexpensive, modern looking towel bar from Target. 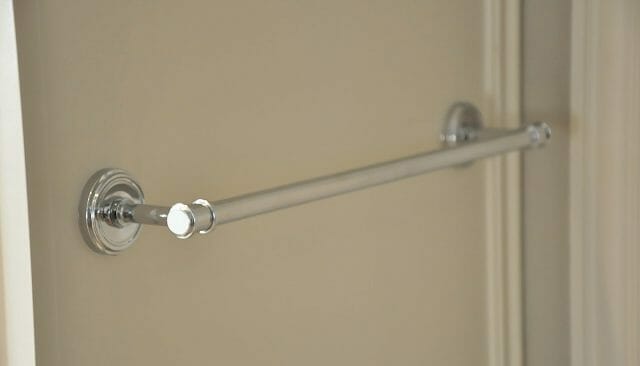 I like how they include a template so that you are sure to hang the bar straight.  Taping the paper template up with wash tape makes sure no damage is done to your cabinet/wall when the tape comes off. 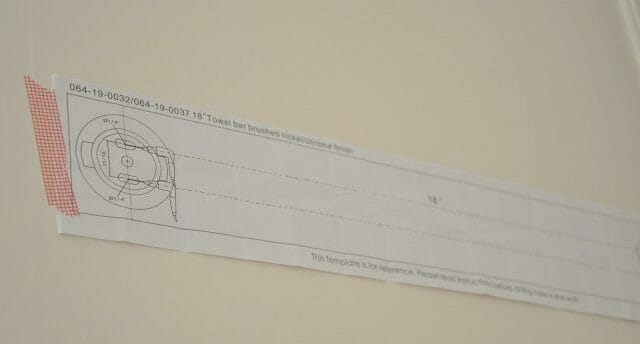 The towels still have a bit of bunching at the top, but it’s better than before.  What is your tip for keeping towels fresh?  How many times do you use your towel before you wash it?  I think I probably use mine 3 times.   James’ little towels probably get washed once a week.

Dr. Oz said that you should clean towels two times per week or after every 3 uses.  Bacteria loves to hide in dark, wet places like a towel.  When your towel gets smelly, it is because of the bacteria growing on it that lives off of dead skin cells. Yuk!  I have heard that adding about a 1/2 cup of vinegar to the detergent dispenser keeps towels fresh and soft too.
I picked up a couple new towels and hand towels when I was shopping for the towel bar.  I dig the color and pattern.  They are from the Threshhold collection, but only available in store. 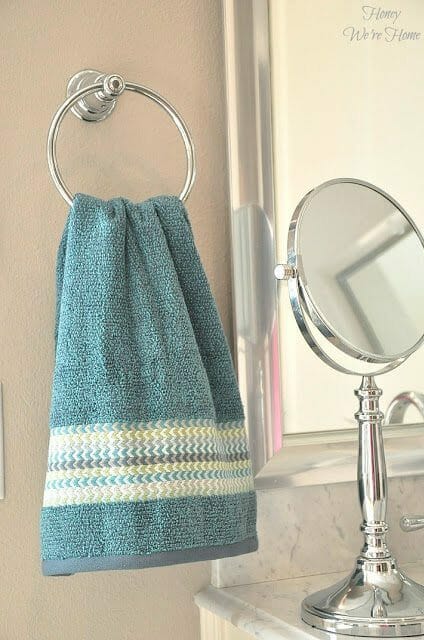 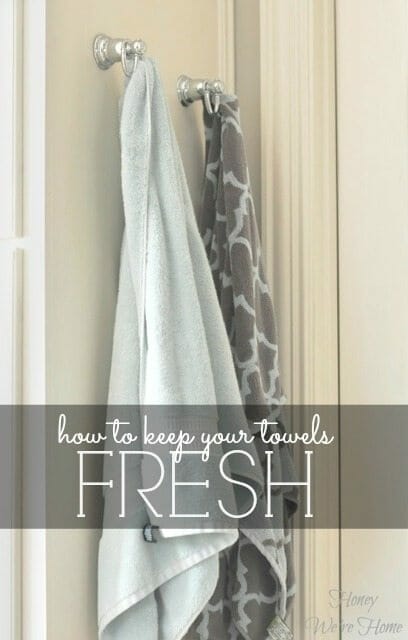