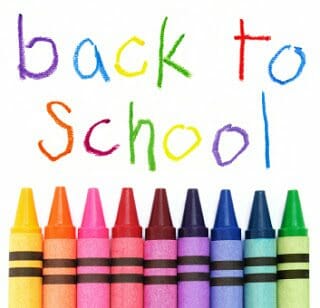 I’m thinking this morning of all those kiddos going back to school.  My heart is going out to all the mommies (and daddies!) that watch tearfully, but proudly as their babies start school for the first time.  My little guy started last week but I can’t quite say it’s “school” since he’s just barely 18 months.  We had to transition from our at-home babysitter because, she too, is returning to school.  I’m happy to report that James is doing so great with his new routine.  When I drop him off in the mornings around 9:00 it’s playground time, which he loves.  When I picked him up the first day, they were playing musical chairs and James was dancing, smiling his head off and laughing!  Such a good sight for an anxious mama.

I tried to get a picture of him on the first day, but he was running around so much, I couldn’t get a good shot:)  He has to wear tennis shoes instead of his usual Crocks, so it makes him look like such a little boy! 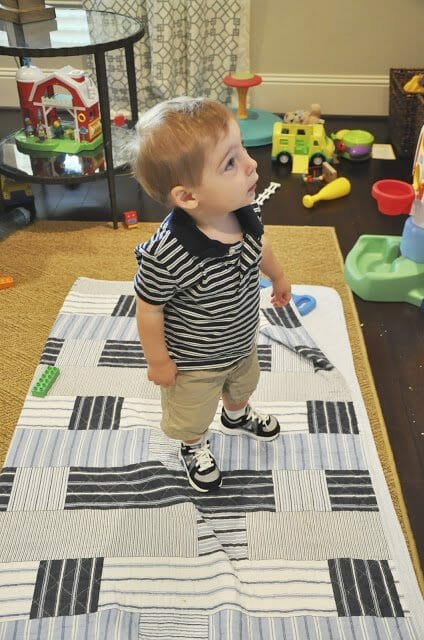 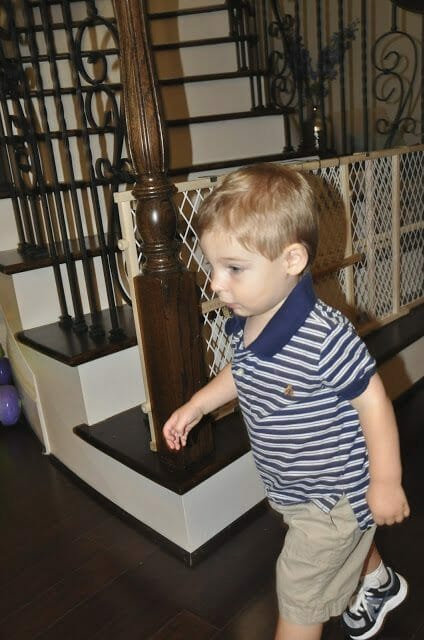