We don’t have a mantle to decorate as the seasons change, but we do have a console table in our entryway that can be dressed up.  Can you believe it’s already June?  How quickly it snuck up on me!  I wanted to add some summer decor to our house, just some simple touches like sand and shell filled vases.  If you follow me on Twitter, you know I scored a 5 pound bag of sand at Lowe’s for $3 on Friday so I could transform our console: 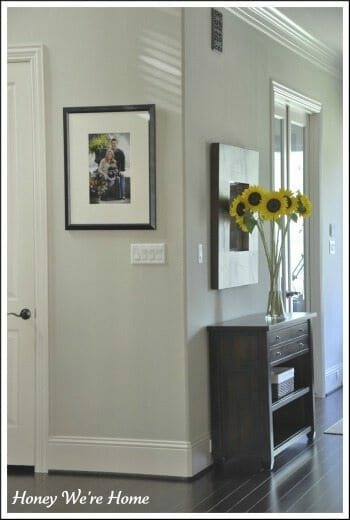 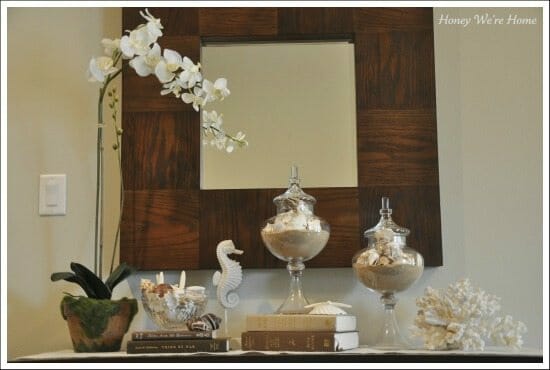 I used a piece of burlap ($3 a yard at Hobby Lobby) and frayed the ends for the runner, then filled some jars we already had with sand and seashells.  I purchased the shells a couple years ago at Pottery Barn during their “after summer sale” so they were super cheap.  I found this sand-covered sea horse at Home Goods for about $8.  Home Goods also had starfish garland on a rope for $7, but I cut the starfish off of the rope. 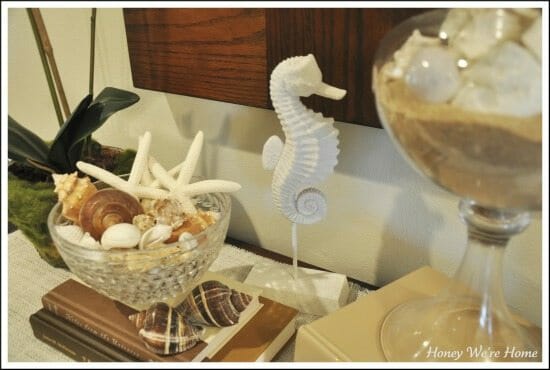 I love using books in my decor, and just took the jackets off for a more natural feel.  The large piece of coral was from Crate & Barrel, but I saw on The Stories of A to Z, that Beth spray painted inexpensive colored coral from WalMart’s pet department, and I thought that was a genius idea! 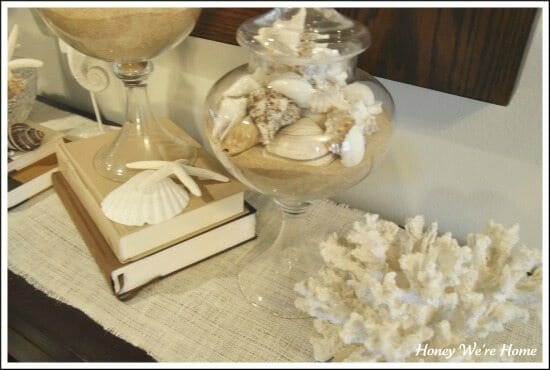 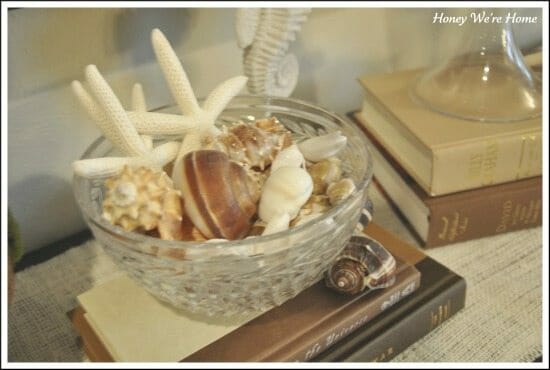 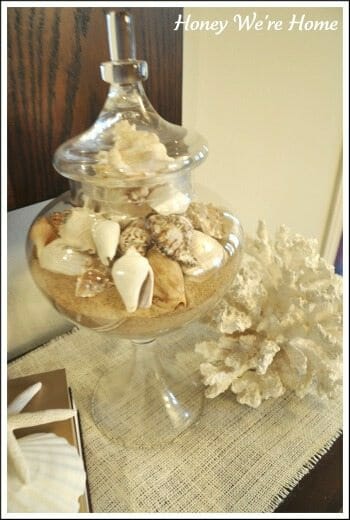 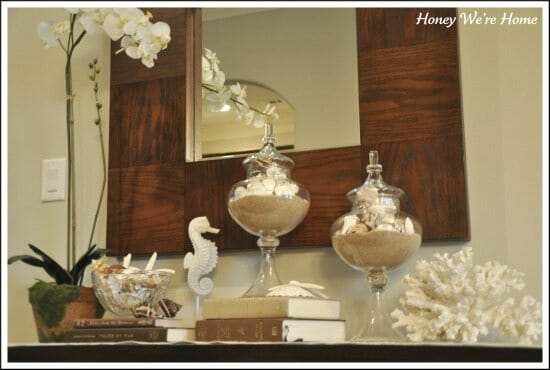