It seems like the months are going faster and faster and our little guy is growing awfully fast.  He’s still a happy guy but will definitely voice his frustration if he doesn’t get his way or can’t figure something out. 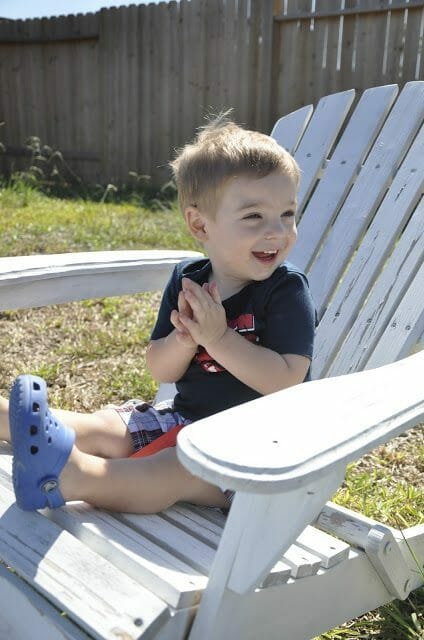 James’ vocabulary is growing rapidly and being able to communicate together is just awesome.   We have actual conversations now.  In the morning they go something like this:
James:  “Pancakes, pancakes.  Milk, milk”
Me:  “You’re ready for pancakes and milk?
James:  “Yeah”
Me:  “Would you like a banana too?”
James:  “Banana!” 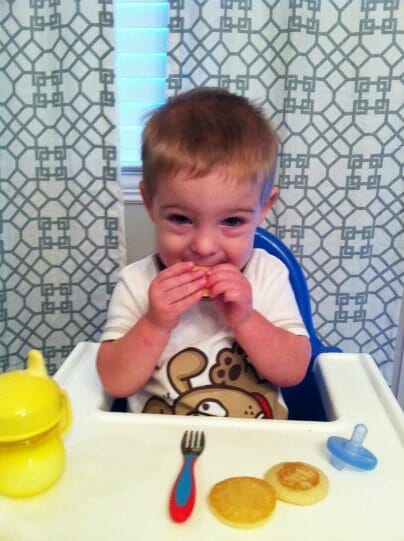 He was in great hands with my brother, sister, and mother in law when my husband and I went out of town recently.  He had a great time- absolutely loves Mexican food (rice and beans).  I love that they sent me text pictures the whole time we were gone so we could see how much fun he was having. 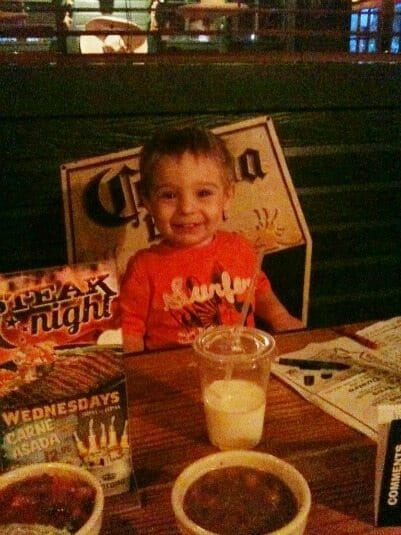 He even slept well (of course with Monkey and Wubby). 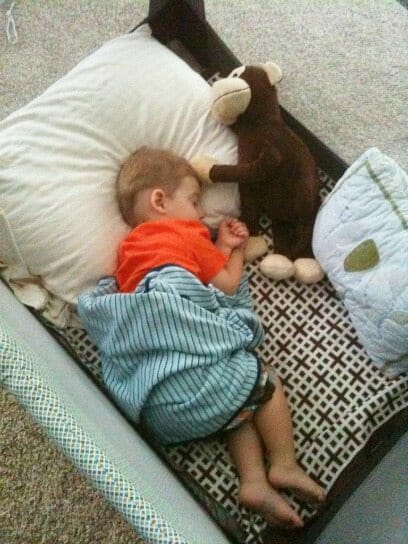 But I thought the “cousins in the bathtub” was just too cute!  Mohawks and all. 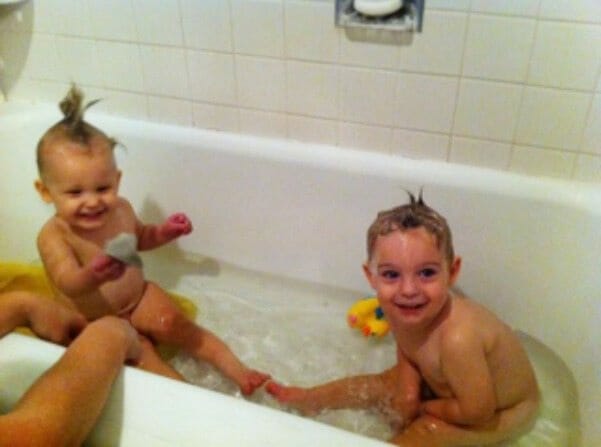 Back at home, James says “cook, cook” to let me know he wants to help in the kitchen.  His first chocolate chip cookies. 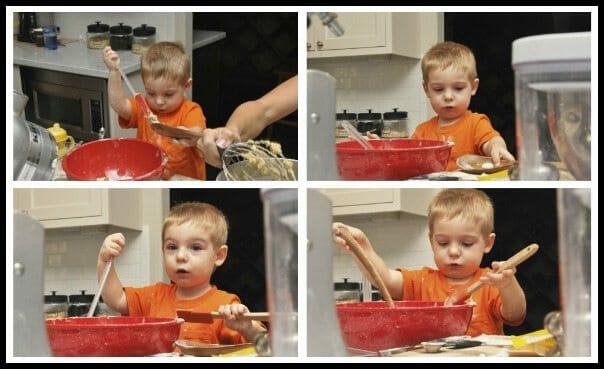 He had a great time at his little cousin’s first birthday party. 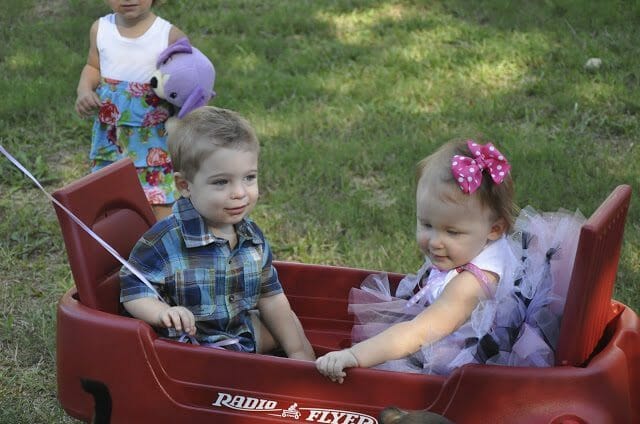 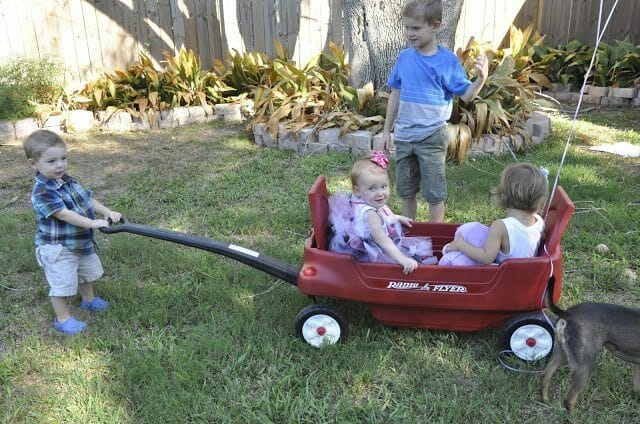 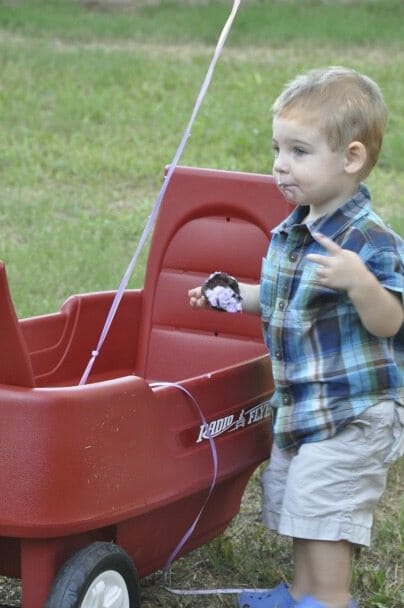 He’s doing great in school and comes home singing Itsy Bitsy Spider, Twinkle Twinkle Little Star, and is trying to count to ten in English and Spanish.  He also’s getting really good at the alphabet.  We practice saying his teachers names and bless his heart he’s trying.  He says his teachers names:
Anna “Anna”
Lilliana “Anna”
Paloma “Po-nana”

He loves to read and likes to identify all the animals or whatever he’s looking at.  When he sees the lion or tiger he says, “Roar!!”  He’s naming body parts and climbing up and down the stairs (with assistance).
And back to the kitchen. 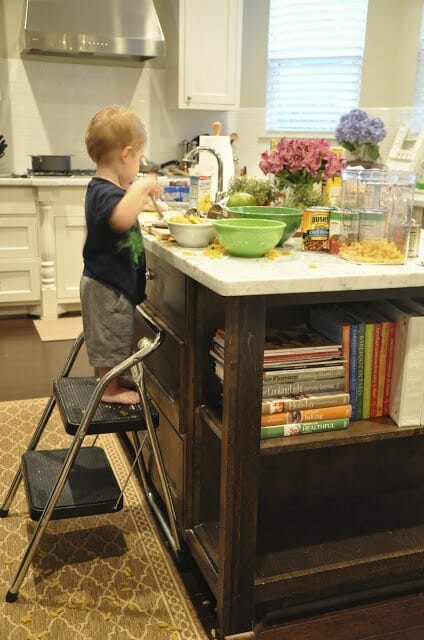 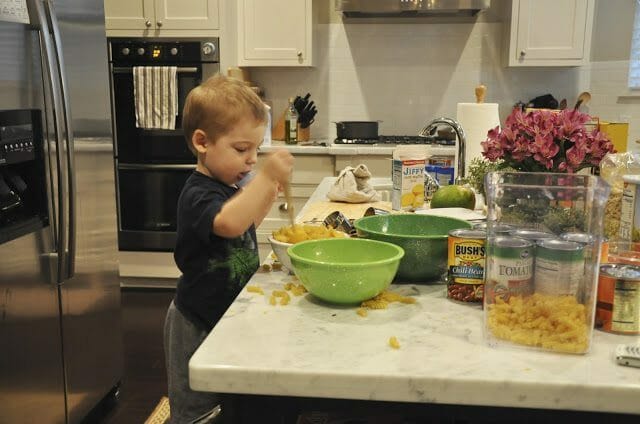 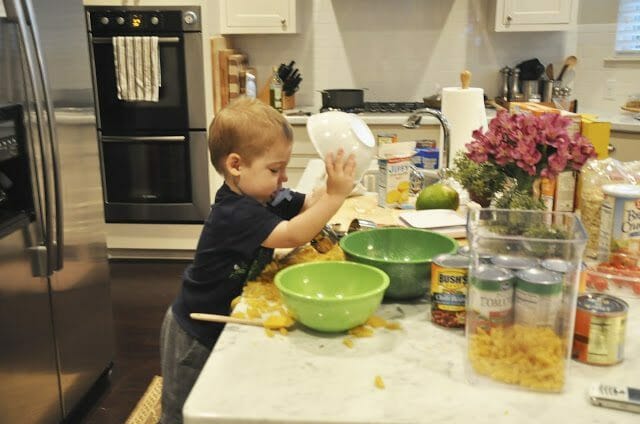 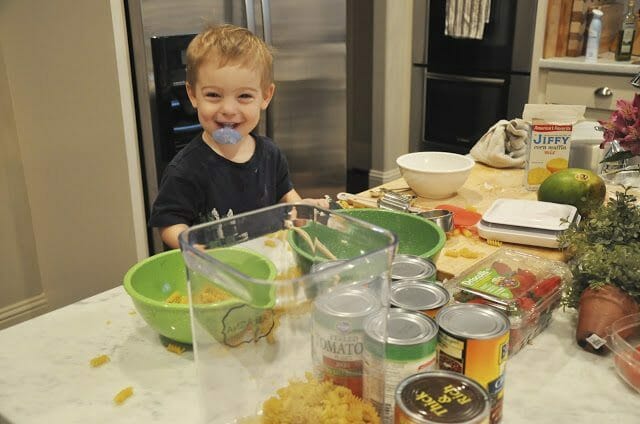 He makes a mess, but is also my best helper.

Then, the other morning, while I was busy cleaning the kitchen, I turned around to find this. 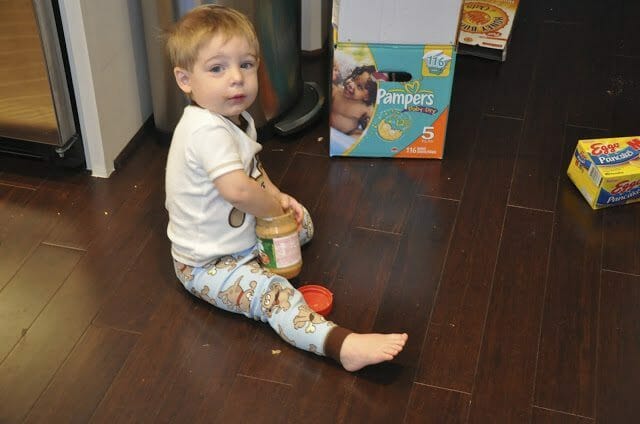 He had fished out the empty peanut butter jar from the TRASH can, opened the lid, and was eating it! 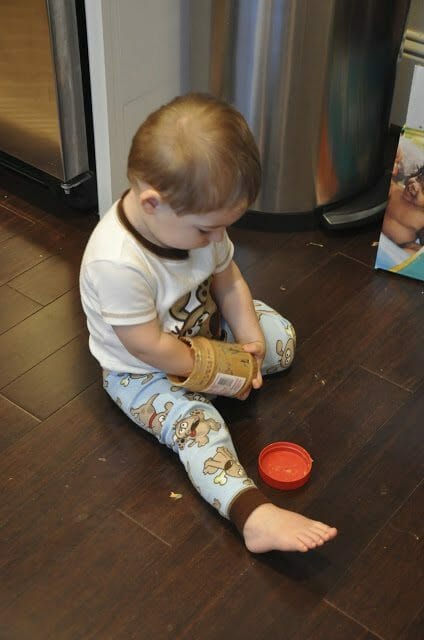 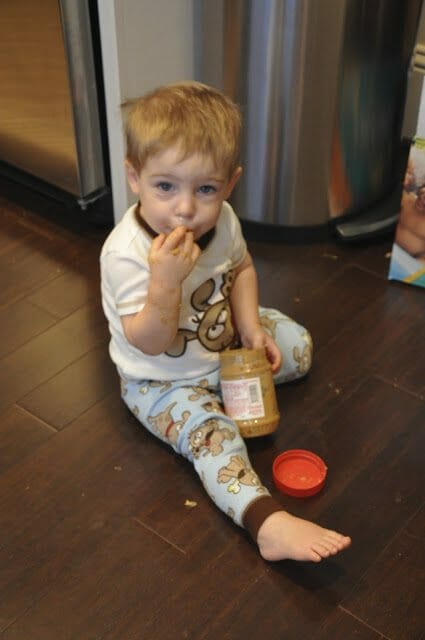