Last week was my first full week with my trainer.  We worked out three times for one hour, I did 5- 30 minute cardio sessions on my own (3 on the treadmill, 2 on the stair mill) and also did an ab routine (3 exercises) 4 days.  That’s hard work so I felt pretty proud of myself.  So, I think I’ll be keeping the schedule below for now, until he changes it up.  I’ll probably end up doing longer cardio and abs every day by the end. 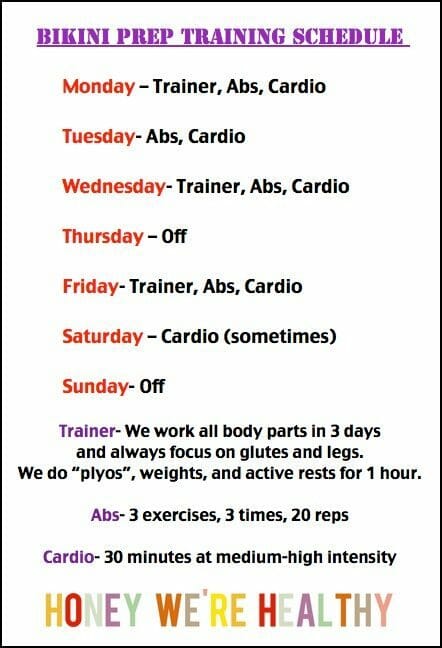 On Friday, my trainer measured my body fat using calipers and the skin fold test.  Body Fat Percentage – is the amount of body fat (pounds) divided by total body weight listed as a percentage.
I told him I guessed I was at 18% body fat.  He took the measurements and said he’d text me after he calculated it so we could get right to working out.  But, based on the measurements he just took, H most of my fat is in my stomach, lower back, and calves.  Later that day, I did my ab routine and 30 minutes of cardio.  Afterwards, I snapped a pic of my abs as they were looking pretty good right then. 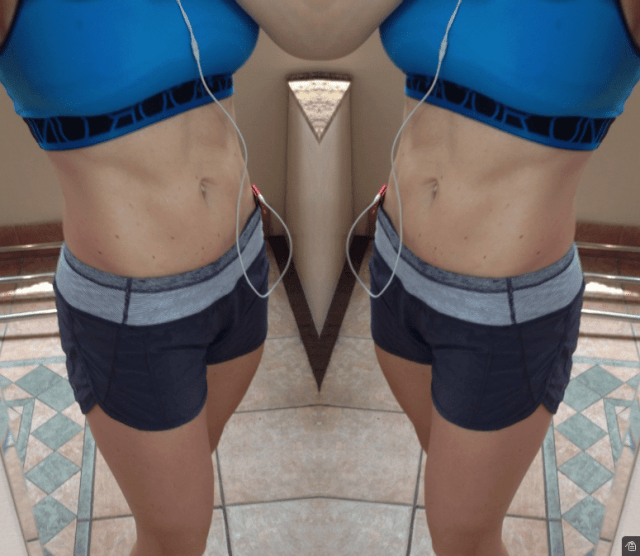 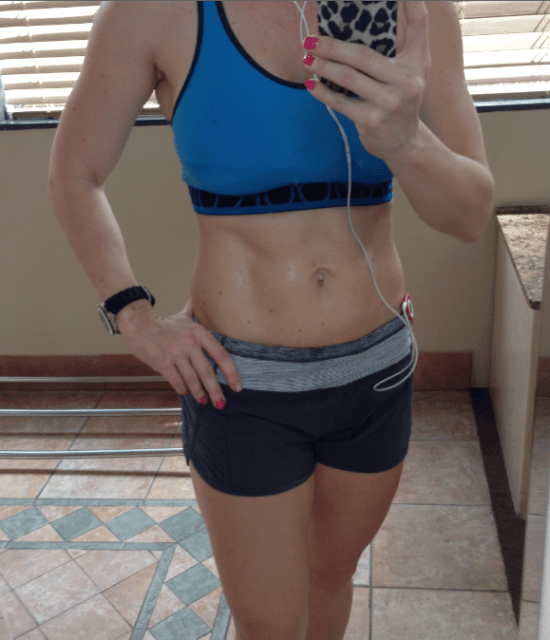 But that’s the thing about abs.  They don’t always look so tight.  (At least mine don’t.) Even in the two pictures above, you can tell that I have more fat in the second picture than in the first based on the way I’m standing and leaning.  Sunday evening, my trainer texted me my body fat results =  25.5%.  He said not to be concerned, as long as my lean mass continues to rise and my body fat decreases, I’m fine.  He’s also working on my eating program.  But, I couldn’t help but feel discouraged.  🙁 I thought my number would be much lower.  I tried to google what 25% body fat looks like on women, but of course it’s so relative depending on that particular person’s body fat distribution, body shape, age, etc.

Here are some of the images I found . . . I have no idea how the person writing the articles identified the people at that percentage, so who know if it’s really accurate??  Interesting though . . . 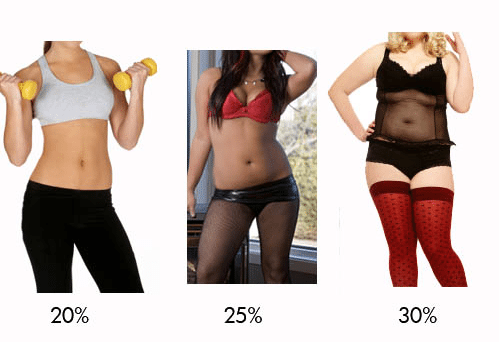 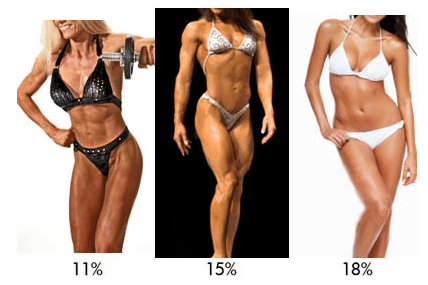 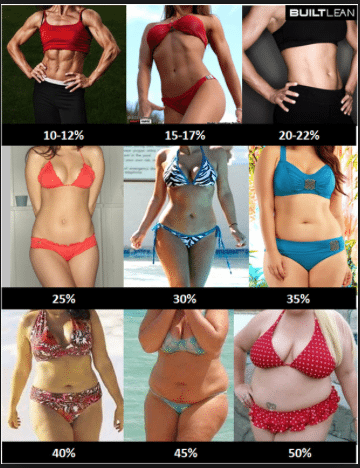 via
Yesterday, on Monday morning, after breakfast and before my workout, I snapped some more pics of my stomach so I can track my progress and so you can see that the “tight” picture above, taken right after abs and cardio, doesn’t always look that way.  It’s true that I’m holding fat in my back and stomach. . . 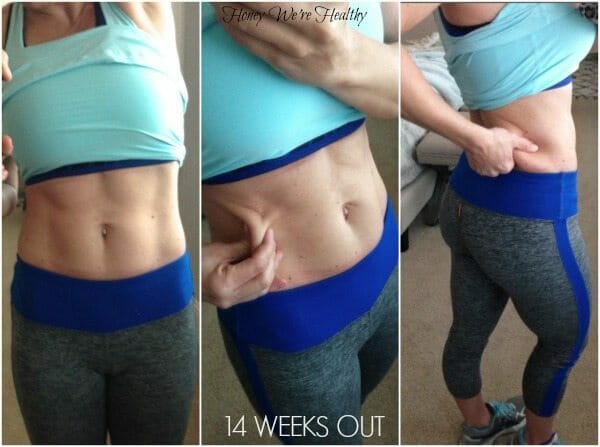 At Monday’s workout, my trainer said that about 8-12% body fat would have me at show ready (he previously said that 6-10% is where most women compete so I’m going to edit that post).  I have decided that I’m NOT GOING TO FOCUS ON THE NUMBER.  Same with the scale.  I’m just going to keep going, keep training, keep eating clean and watch my body develop. I KNOW it will change.  I KNOW that this stubborn fat is melting away.   I’m ready for this week.  Let’s get to work!
_________________