A year and a half old! Wow!  It just keeps getting better and better. 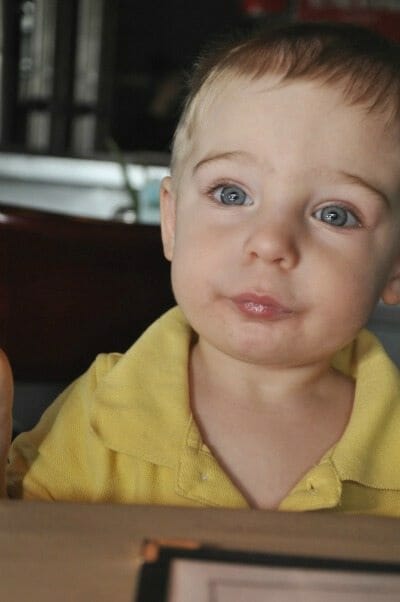 Now James is really starting to talk to us and we actually understand what he’s saying!  Mostly he says “Gabba Gabba” because he wants to watch Yo Gabba Gabba.  Is it any wonder I’m hearing this in my dreams?!?! 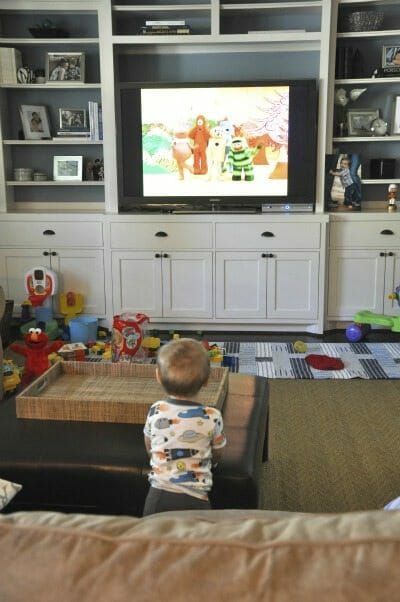 James really loves music now and will dance anytime he hears it, doing the famous baby dance, bouncing up and down.  The cutest thing he’s doing lately is trying to snap his fingers- I couldn’t figure out what he was doing when I first saw it, but then realized he’s imitating me!!
He’s such a little monkey these days too, climbing all over everything!

He threw his first temper tantrum when I pulled him off the table and told him “no”- he was so dramatic, flailing on the floor.  I was stunned at first, because I’ve never seen him do that, so I almost laughed, but held back and tried to ignore it.  Thankfully, it only lasted a few seconds.

Then he played with his crayons and the adorable little crayon holder that Lauren from Whimsy Lane made him.  Thank you Lauren! 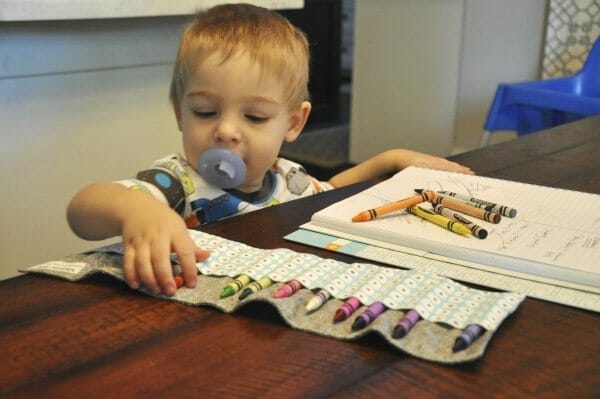 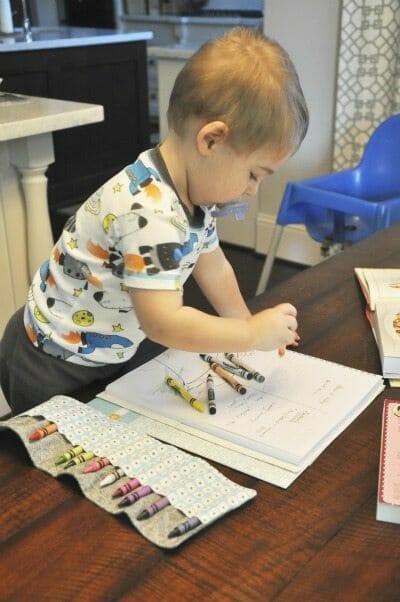 Later that day, we must not have pulled the strap tight enough while shopping, because I looked back and saw this.  He was trying to get the Yo Gabba Gabba video in the cart!  Note to self: keep those straps tightened! 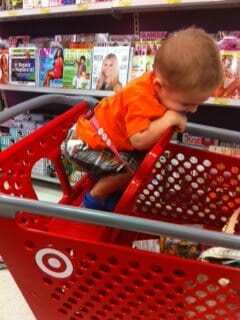 Going to restaurants is interesting these days, but we’ve discovered that James loves hummus.  Maybe it’s the dipping.

He’s just a big boy now, sitting up at the table all by himself (but still eats in the high chair). 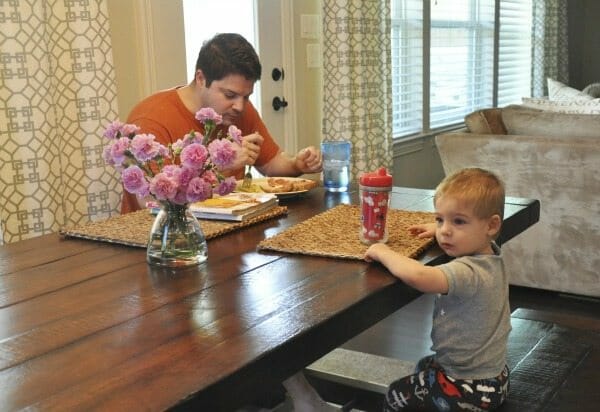 James is still as squirmy as ever and I have to change his diaper and put on his clothes at mock speed.  A sweet blog reader, Rachel, sent me a package of Huggies Little Movers Slip-On Diapers to try- you don’t have to fasten the sides, just pull them up- Genius!! 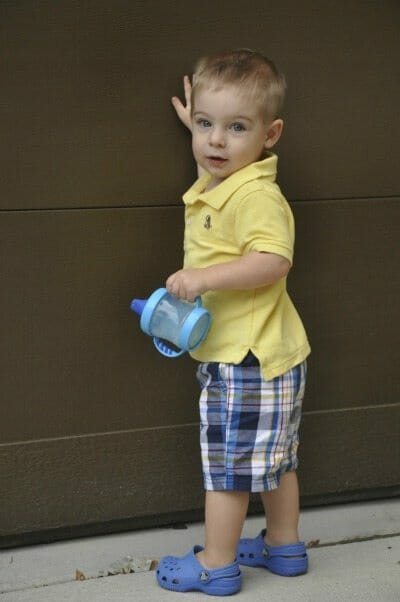