Thank you so much for wishing James well.  He is doing great and was definitely in a better mood this weekend.  We didn’t make it to the pumpkin patch, but we did take him to the Greek Festival on Sunday and had so much fun.  I hope your weekend was wonderful too.
I was able to finally complete the curtains for my office on Saturday night (yeah, that’s what Saturday nights look like at our place these days:), but I have to say, I may just hire a seamstress next time I want curtains made!  I found the perfect fabric (Waverly Bedazzle Silver Lining) and foolishly thought, “How hard can it be to make curtains??”  Ha! 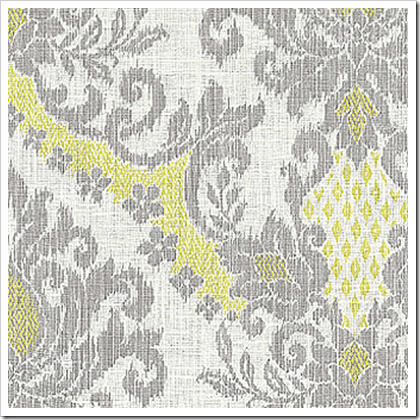 My procrastination alone was probably enough to make it worth hiring someone.  I mean, I had the fabric for probably over a month before I attempted the curtains.  Then, I made one panel and it took another week and a half to get to the other panel!
I don’t know if you’d want to follow my method, which was basically to make two giant pillowcases and attach them to the rod with o-rings.  I drove myself crazy measuring and remeasuring so that both panels would be identical in terms of how the pattern hung. 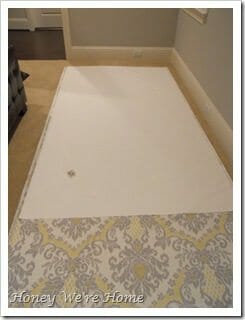 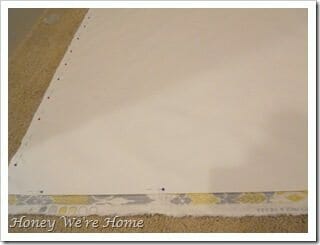 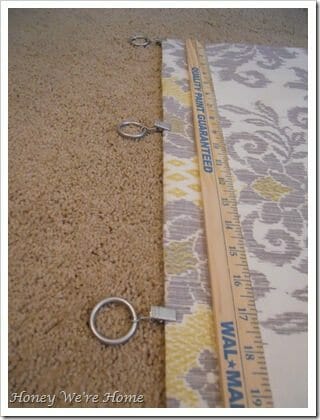 But the real pain was hanging the curtain rod.  My husband was able to place two brackets at the far ends of the window, but then the middle was bowing.  So he tried to put another bracket in the middle and wasn’t able to because he kept hitting what he thought was a stud in the wall.  NINE drill holes later, we realized there must be a steel plate above the window, preventing us from drilling any bracket into the wall in any area directly above the window.   Off to the hardware store for spackling and then using leftover paint to cover the patches.
I ended up switching out the initial curtain rod for a sturdier one that we weren’t using and spray painted it silver.   I’m wondering if a bigger circumference rod would look better and not bow in the middle at all?? 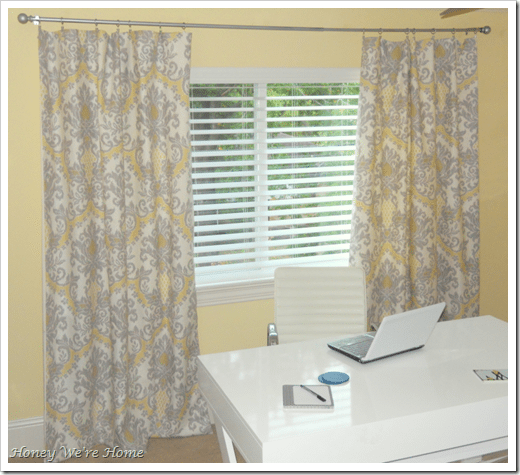 I was somewhat terrified of ending up with high-water curtains so I made the length puddle just a tad.  And I can make them shorter simply by folding over the top side (where they are clipped to the o-ring) a little more. 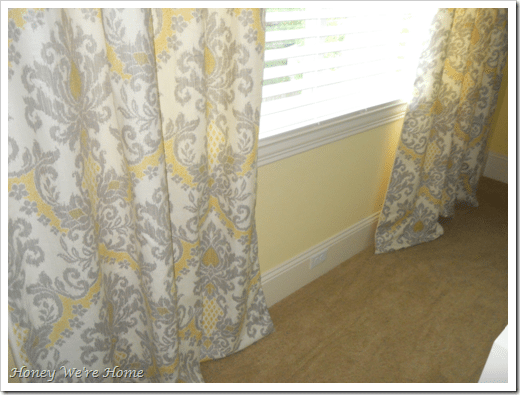 Although this was a not an easy project for me, I have to say that I do like the result of the new curtains.  And now, at parties, I can casually mention how I make curtains in my spare time. *wink*