The wall above James’ crib looked pretty barren without anything on it.  It’s a large wall and the first thing you see as you enter the room, so it needed some visual interest. 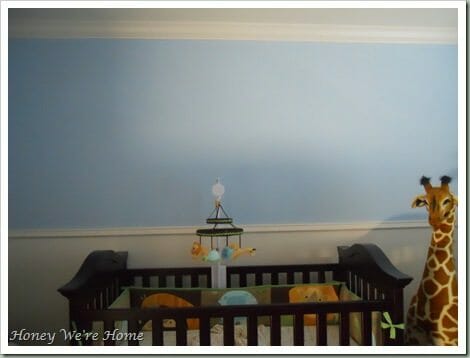 I debated putting letters spelling his name in the space, then changed my mind and decided to make my own framed art using an illustrated book.  (I did buy the letters to spell James, but think I’ll use them in his bathroom instead.)  I had 2 frames already that I could reuse and just bought two more, figuring 4 would fit the wall nicely.  The frames are from Target and a little pricey at $17.00 each (11×14 inch frames and 8×10 mat). 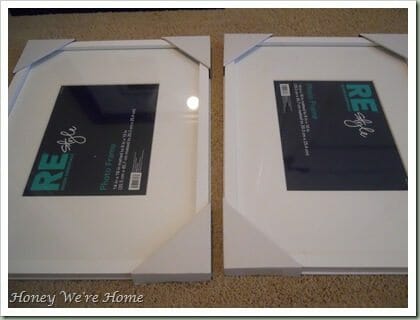 I went to the bookstore not knowing what book would have the images I wanted.  I just went to the large picture books and started browsing when I came across the most adorable book ever!  It’s called “I Love You More” by Laura Duksta. 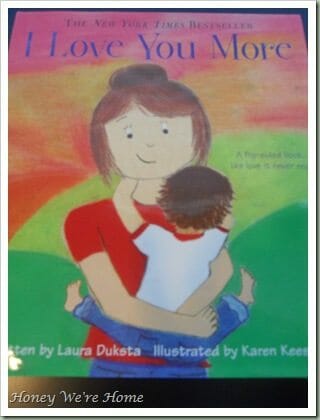 You may have already heard of it -apparently it’s a NY Times bestseller- but it was new to me.   The premise of the book is that a boy asks his mom how much she loves him, and she proceeds to tell him how she loves him more than everything. 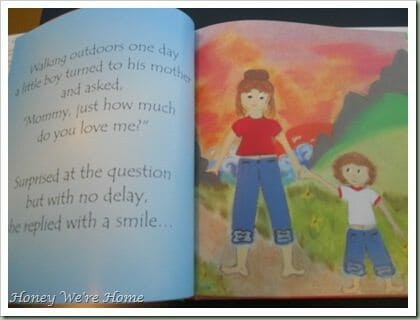 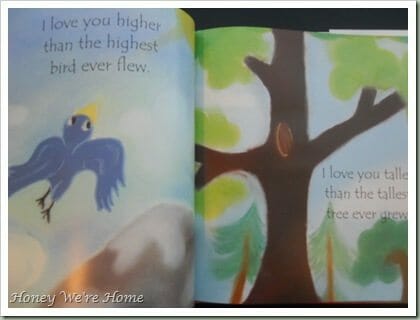 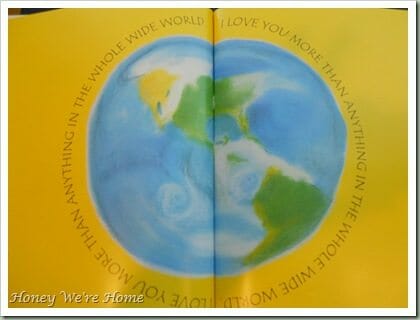 Then, the boys says, “I love you more.”  The book continues (you turn the book around) with the mom asking the boy how much he loves her, and the story repeats from his point of view.  Then mom says, “I love you more.”  The sentiment is so right on and the illustrations are beautiful- perfect for James’ nursery.  I was just giddy that I found this:)  I bought one copy, but since I cut the pictures out, I’m going to have to get another one so I can read it to James.  Perhaps Amazon will have it cheaper. It was difficult to chose just 4 pictures, but I went with some of the ones with animals since James has a bit of a jungle nursery.  I used a blade to cut the pictures. 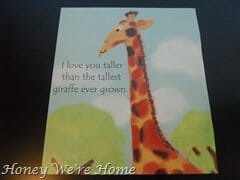 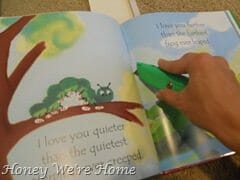 Then I centered the picture into the frame and secured it with a small piece of tape. 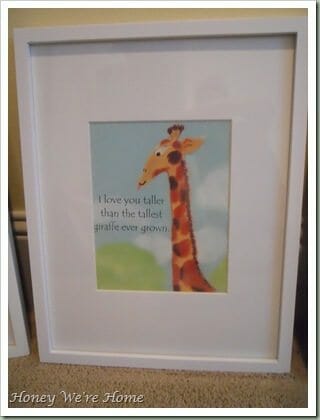 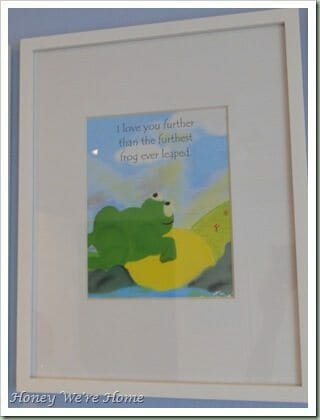 So easy and the results are fantastic. 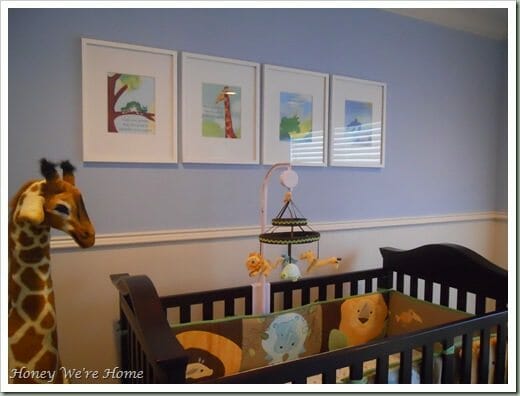 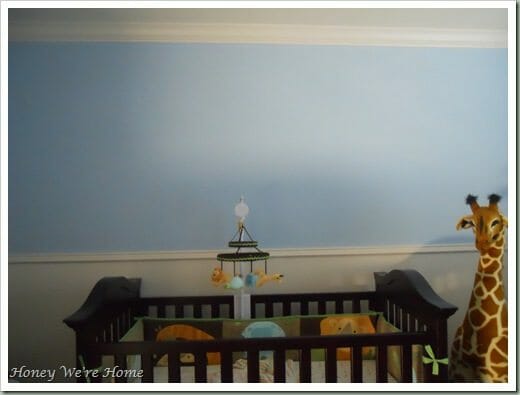 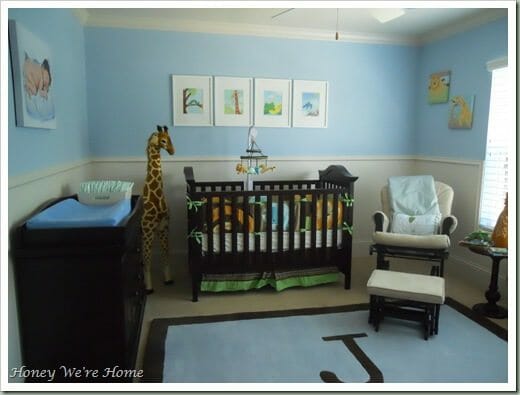 Click here to see the nursery in its entirety. Have you done this in your home?  I think calendars would have good, large images to use as art. *Here are the parties I’m linking to (including Pure Style Home) and Serenity Now. 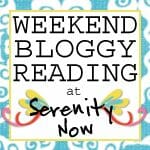