I think yesterday’s “case of the Mondays” has worn off and I’ve jumped into everything we have to do this week.  Power Ranger party invites have been ordered and a costume for James to wear since he wants it to be a “dress up” party.  God bless my little brother who agreed to surprise the little guy by coming as a Power Ranger.  I definitely owe him one!
I was sharing over the weekend how my house felt like a giant mess (with one room clean!) and it hasn’t gotten much better, so there’s that to deal with.  In my defense, we had my little niece over and playing with Valentine’s things and decorating cookies seemed like much more fun.  And I got my nails done. (hangs head in shame) The house will get cleaned up . . .  eventually!  It’s one of those things I need to learn to let go of once in awhile.  Especially when there are little kids around and sprinkles! 🙂 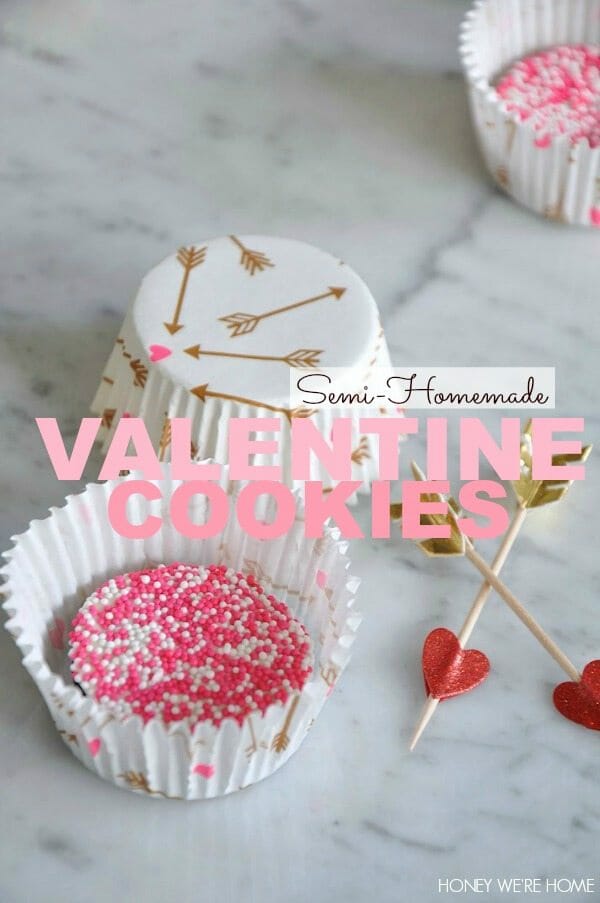 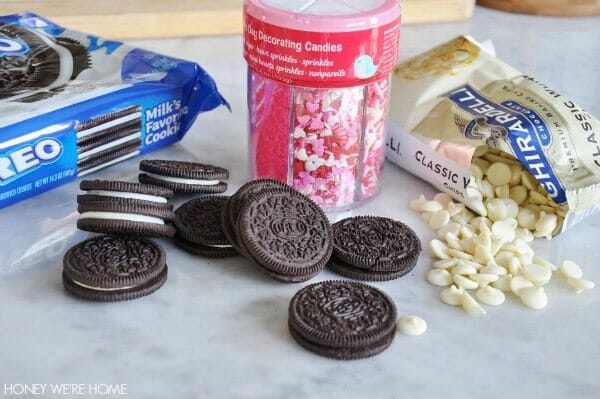 To melt chocolate, use a double boiler (glass bowl over a pot of simmering water) and keep the heat low because if the chocolate gets too hot, it will seize up.  I lost track of mine at the last minute and it did seize up a bit, but we still worked with it.  And after we finished the cookies, I was thinking store-bought frosting would probably work too and you wouldn’t have to melt anything. 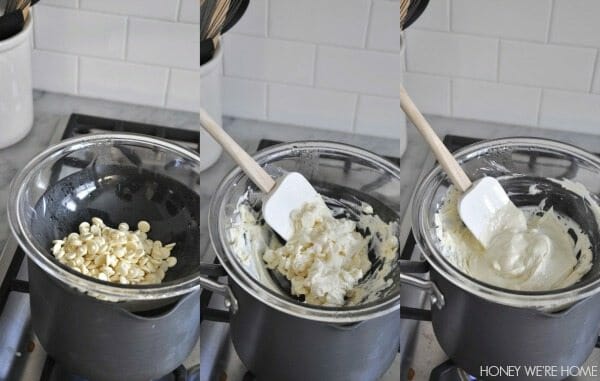 Who doesn’t love sprinkles?!  Instead of pouring the sprinkles onto the cookies, it seemed easier to pour them into bowls and let the kids dip the iced cookies into the sprinkles. 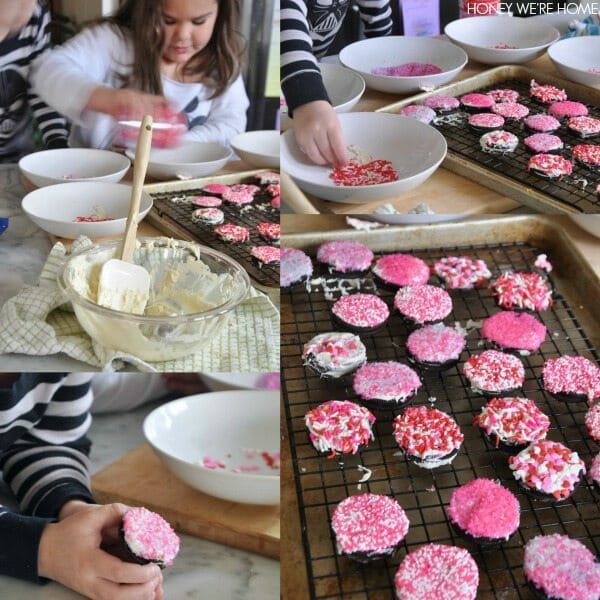 Sometimes, a single cookie or cupcake is preferred as a gift, and you can put them inside these adorable cupcake liners and confectionary boxes to dress them up and make it seem like more effort than it really was. 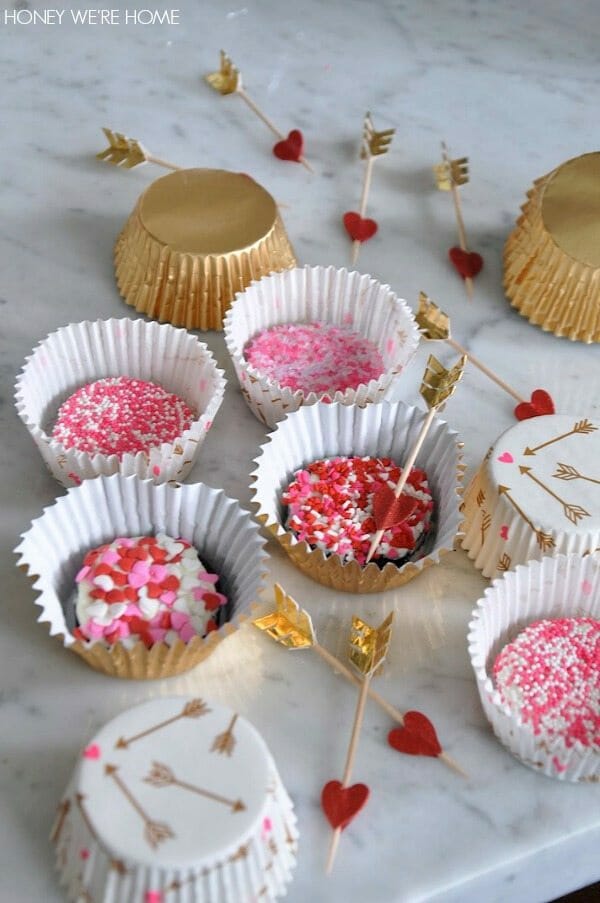 Aren’t these cupcake liners the cutest?!  They come with these toothpick arrows and shiny gold liners too. 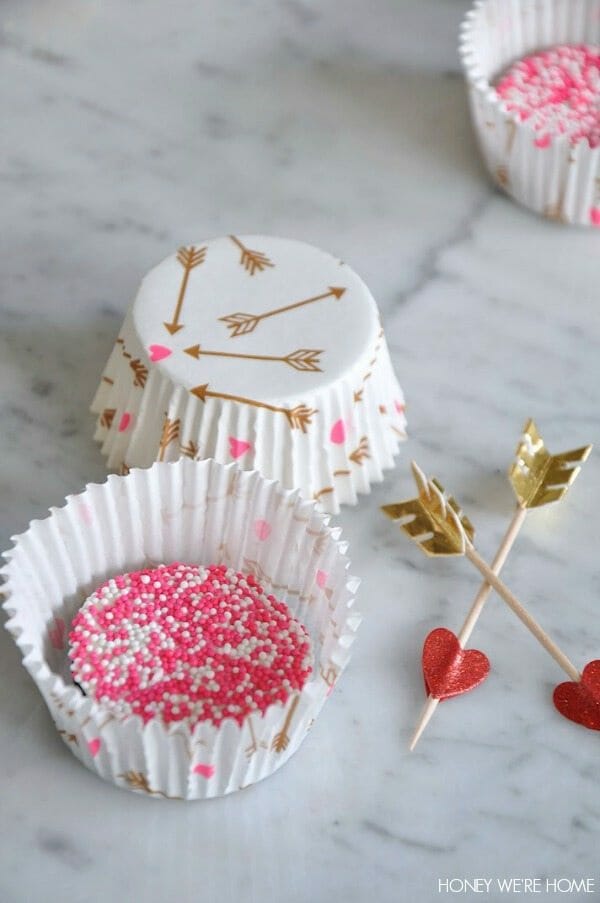 James brought one to each of his classmates and teachers on Monday. 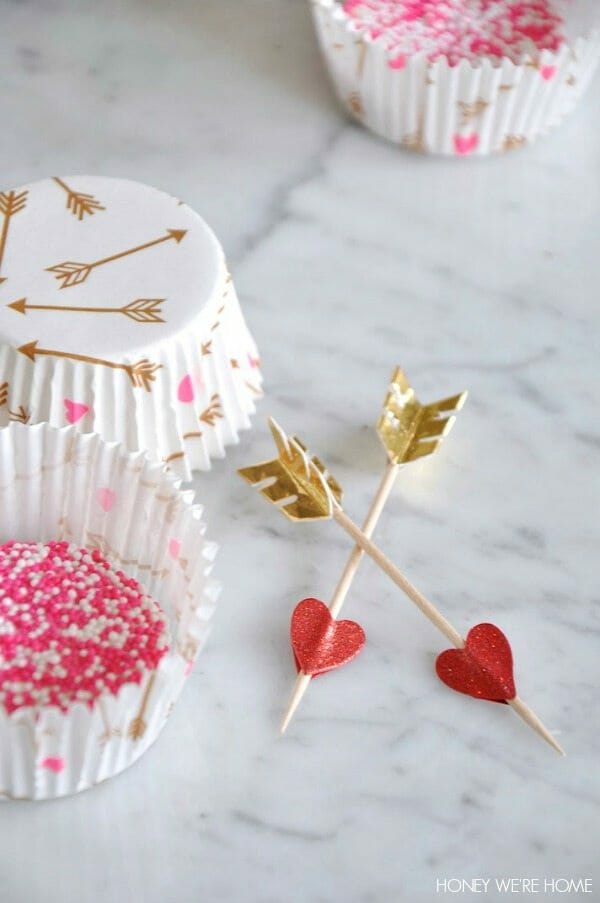 He said all the kids liked the cookies, but he didn’t like the one he got because he wanted one with different sprinkles.  Go figure!  I’ve learned the hard way that when you give something to a group of children, it’s best to give them all the exact.same.thing. 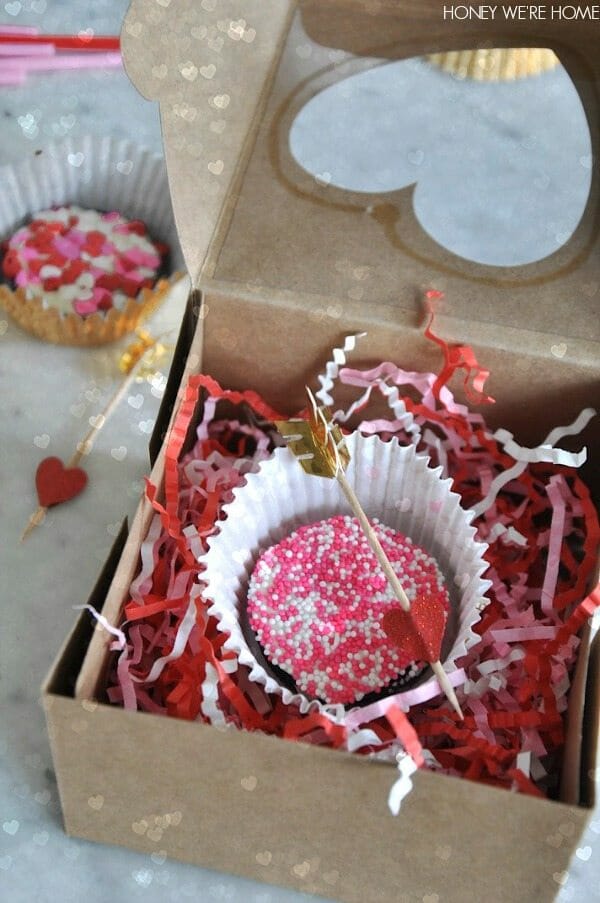