For the first two years of my son’s life, I did a monthly blog recap as sort of an online scrapbook where I recorded personal mementos, milestones, and pictures of my cutie as he grew.  He’s four now and has grown into the sweetest, friendliest, and all-around fun little boy.  I haven’t done one of those monthly features in a long time, but had to share some of the shots from this weekend as he was super excited to start T-ball.  My son is one of the smallest kids in his class, and on the team, but is quick to correct me when he hears me refer to him as a “little guy.”  “I’m not a little guy, Mom.  I’m a big boy!” 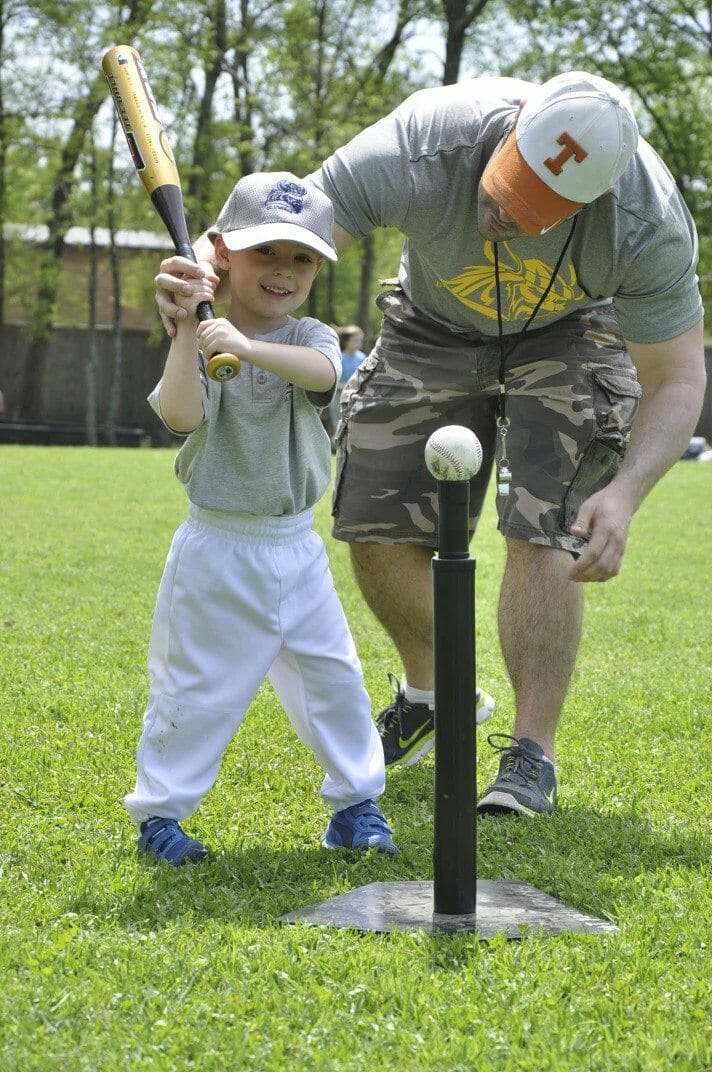 I guess he’s right.  I was quite surprised to see him throw so much like a big boy at our first practice just before the first game.  I stood back on the sidelines, zoomed in and started snapping some pics, but when I saw him wearing his glove like, “yeah, no big deal” I was taken aback.  When did he learn to do this?  I thought he’d be much more awkward with it.  And the hiking his leg up when he throws?  (Dad says they’ve been practicing. Where have I been?) 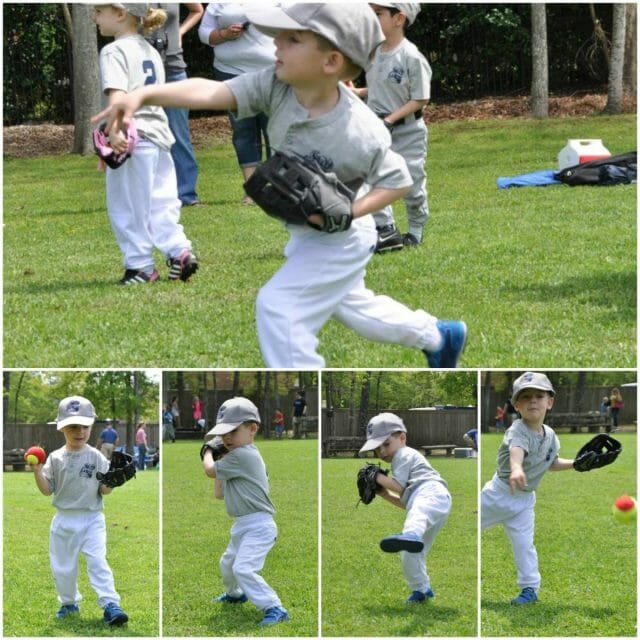 Something about such a small body in those action shots just gets me.  So much cuteness I can’t stand it. 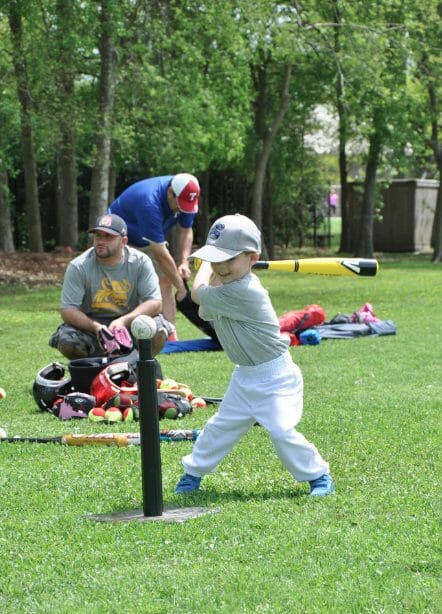 I’m so proud of him and all of his teammates too. They are a fantastic bunch of kids (boys and girls) and I really love getting to enjoy this time in their lives.  Fun stuff!