My sweet little guy will be six months old on Saturday.  Six. Months. Old.  It’s so true what they say . . . makes me glad I am able to stay home with him.  A roly-poly baby is in our midst.  As soon as James turned 5 months, he started rolling from his back to his tummy, usually on the right side.  Now he’s also going from tummy to back.  He started doing baby “push-ups” and can lift his whole chest off the floor and get on his knees.  He’s “swimming” and gets around on the floor pretty well, although he goes backwards!  We had to add the bumper to the crib because his arms and legs were getting stuck in the bars.
In the last month, James:

He has a doctor appointment soon so I’ll update this post with his height and weight- but he’s a big guy- I’m guessing 18 pounds.
James seriously has the best temperament.  He wakes up happy, just talking to himself in his crib until I go and get him.  He’s always got the biggest smile for me- I look forward to seeing it every morning.
He’s now eaten: rice cereal, apples, pears, sweet potatoes, carrots, bananas, and sweet peas.  Um, don’t think he liked the sweet peas very much. 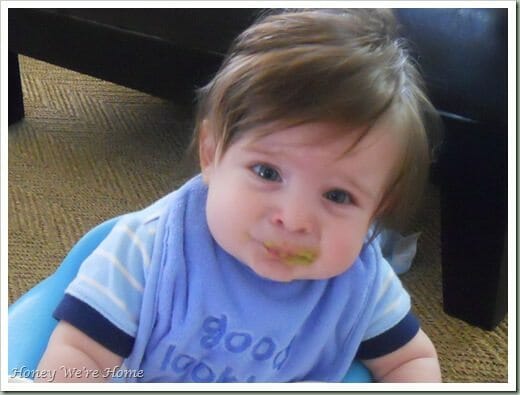 But the sweet potatoes are pretty good 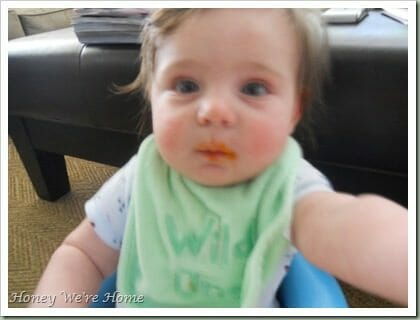 Here we are preparing to eat in the Bumbo chair. 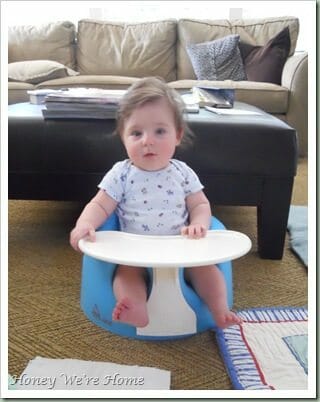 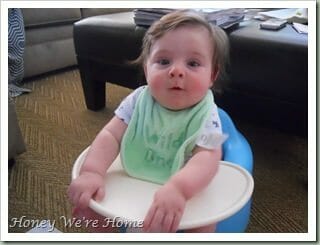 He still enjoys the exersaucer.  Look at those little hands!  That face!  The Hair!! 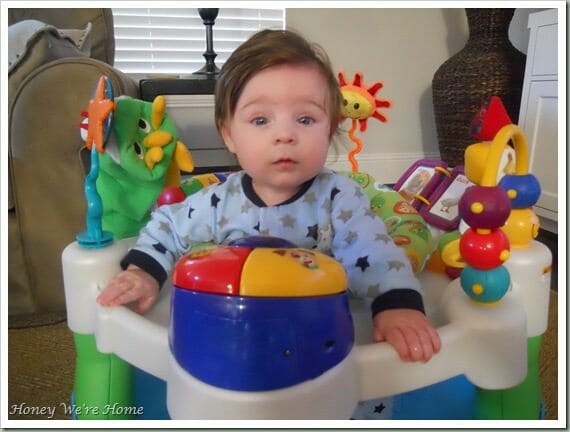 . . . hanging out on the floor, eating his toys, and playing with his favorite elephant 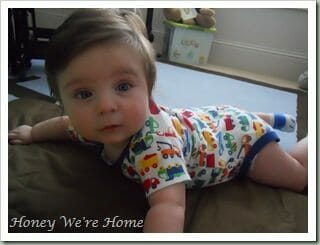 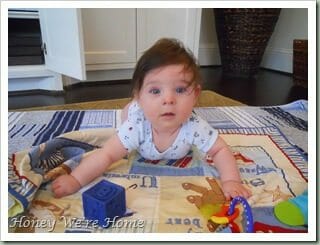 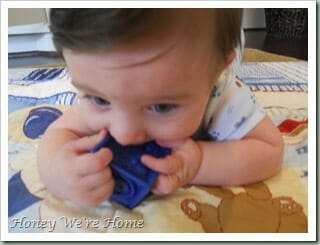 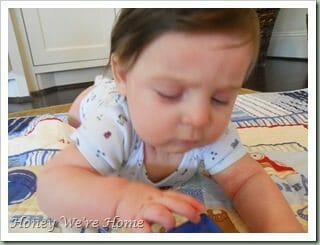 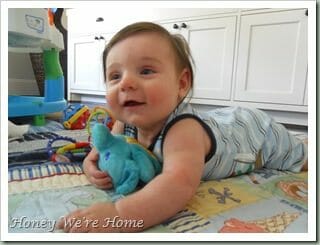 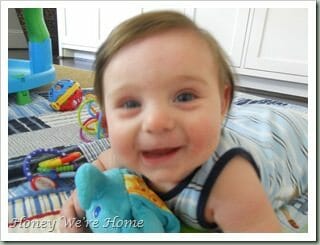 Tried out the high chair, but it’s still a bit too big for him.  Check out those pj’s – size 12 months!  And stands SO BIG with mommy. 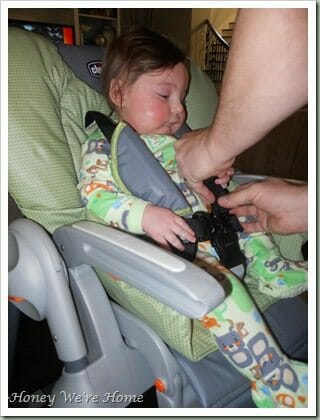 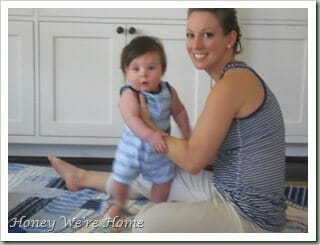 Here he is on the day I discovered his first tooth coming in (Aug 31)! 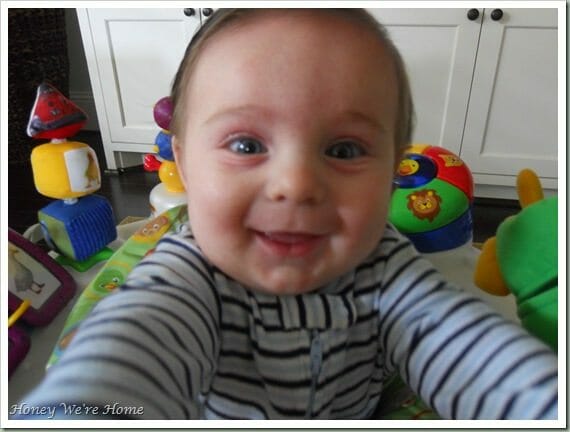 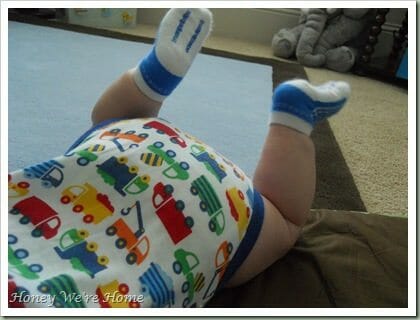