Happy almost Thanksgiving! Any chance you’re looking forward to it and maybe a little overwhelmed as well?! Me too. Even though we’re not hosting, we’ll be visiting two Thanksgiving celebrations and I’ll be bringing some appetizers and desserts. I still need to grocery shop and I’m sure the stores will be buzzing with tons of last minute shoppers like me.
It’s gotten chilly here and I did manage to choose a couple cute Thanksgiving outfits. James will be wearing a gingham button-down and striped sweater with his converse that I exchanged for the correct size.  He wears an 11 in his athletic shoes, but needed a size 10 in these.  I’ll also bring pajamas for him to change into later since we probably won’t be home until late and he always wants to get cozy. Who doesn’t?! 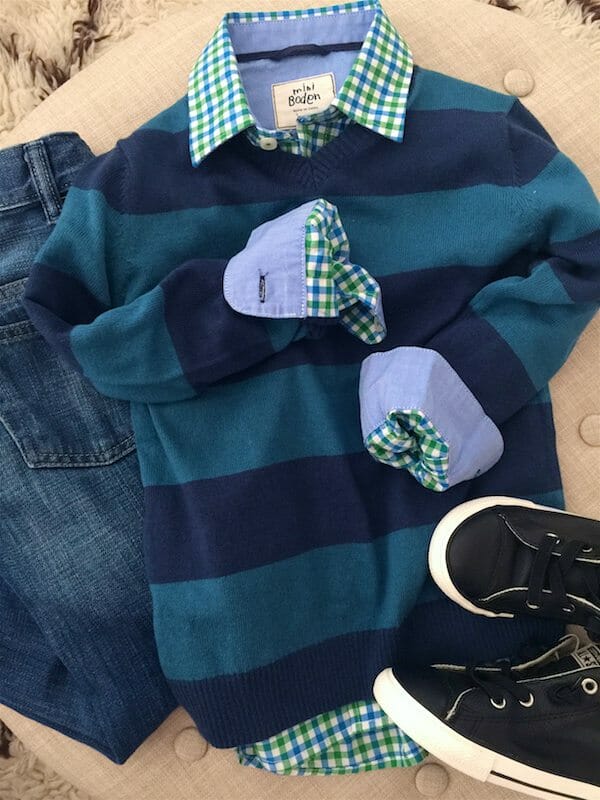 jeans (similar) | gingham button-down (similar) | striped sweater | converse
As for mama, I’ll stay comfy in jeans, a cute yellow sweater (comes in 7 colors and the teal is on sale for $34.80), and booties (on sale).  This scarf (similar) screams fall too. 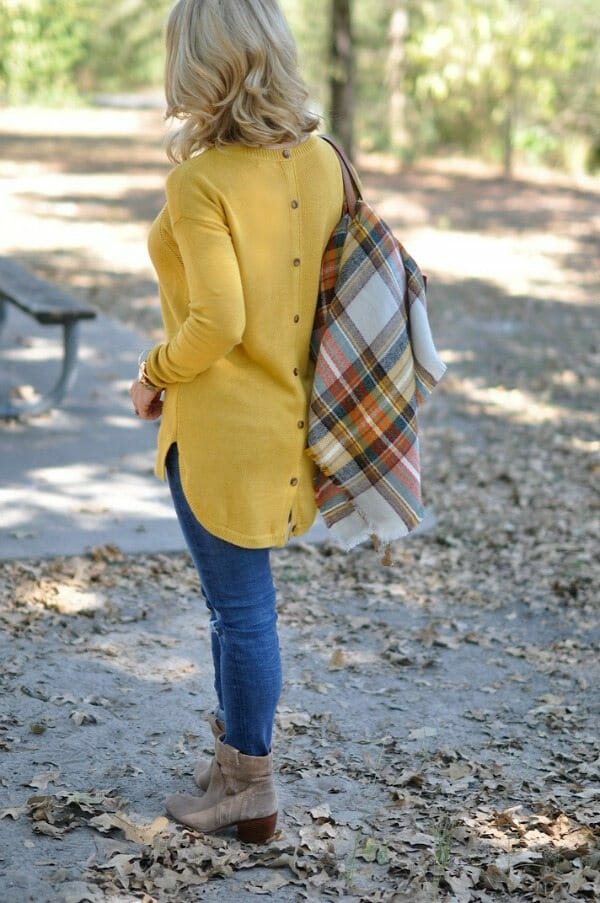 As for holiday preparations, we decided to put up our Christmas tree over the weekend, but lost steam and now our house looks like Christmas threw up everywhere with bins and decor strewn all over. It’s a wreck!  I definitely need to spend some time getting our house in order today so I can relax and enjoy the rest of the week. 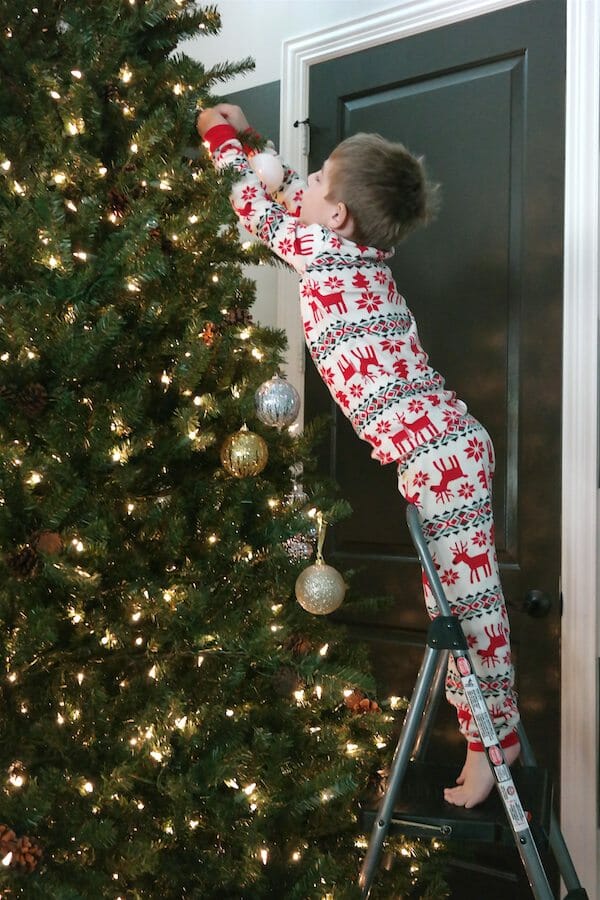 It’s amazing how much kids grow from year to year. Last year, James still looked like a toddler, but he’s gotten taller and skinnier since last year. 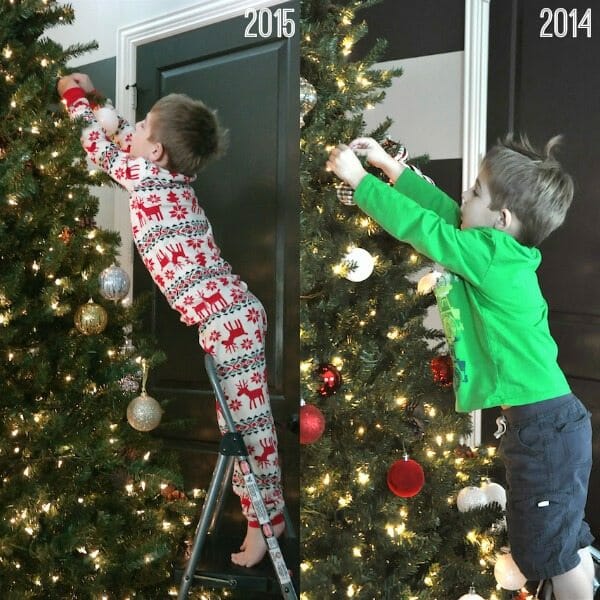 We love Hanna Andersson pajamas over here because they are such good quality. I feel like any other pj’s I’ve bought tend to fall apart quickly so it’s worth the money. And like I mentioned, my son lives in pajamas. His Darth Vader pair are his most favorite and he’s outgrown this pair, so we need the next size up. They run true to size and last a long time! 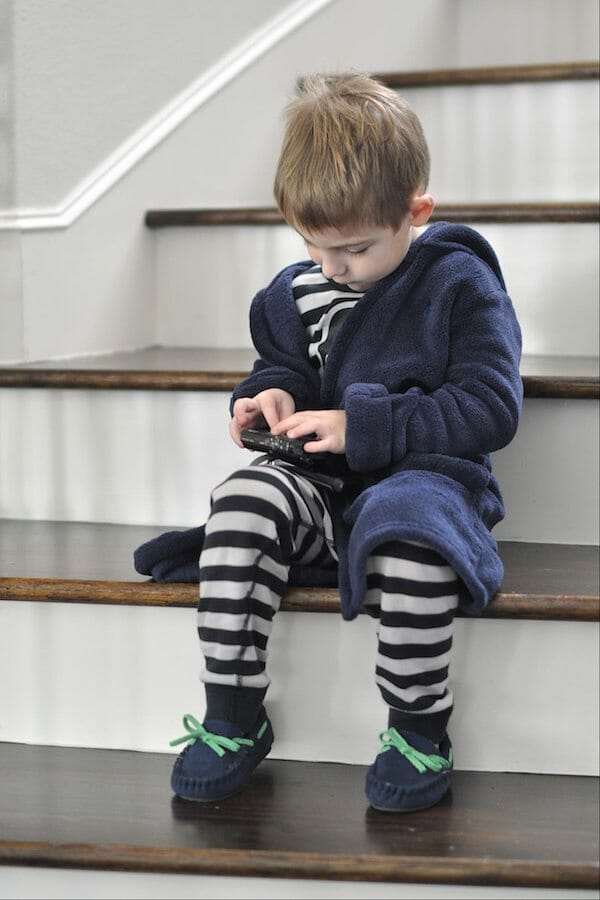 UGG slippers (similar) and (for girls)
While decorating the tree this year, he decided to dress up like Santa, so of course he had to put on his Santa pj’s (similar) with a hat, boots and impromptu beard I made. He insisted on the beard and that’s all I could think of using what we had on hand at home. 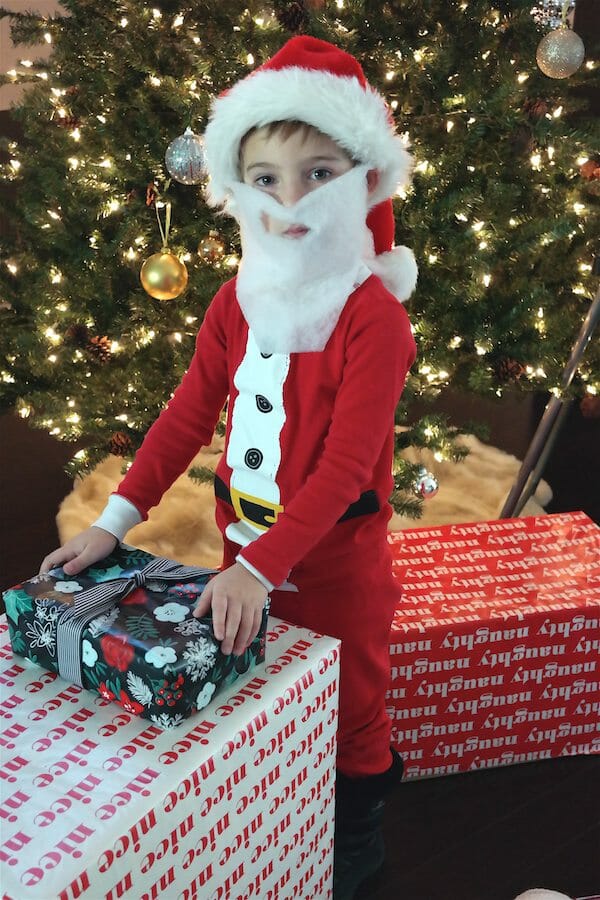 After the tree was up and mostly decorated, I got ambitious and attempted to put up the garland on the stairs, but quit after feeling like I was in garland hell!! So much to untangle and ours isn’t pre-lit and it just felt like a big, giant mess. We have garland hairs everywhere! I gave up and the garland sits on our stairs (very precarious situation my husband reminds me) until I muster up the energy to begin again. Need to do this today! But, it’s harder work when you’re pregnant, my back tends to hurt if I overexert myself, so things are starting to take longer around here. 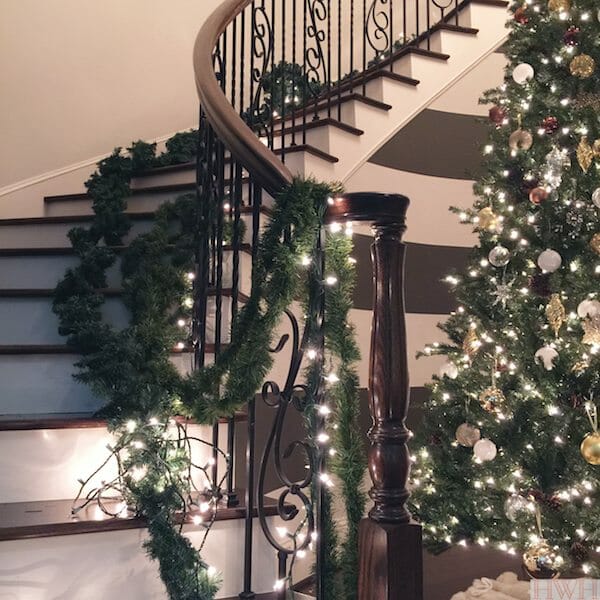 But we had a great 25 week checkup!  James came with me and I think he was excited to hear the baby’s heartbeat (and glad he didn’t have to give blood or drink the glucose test drink). 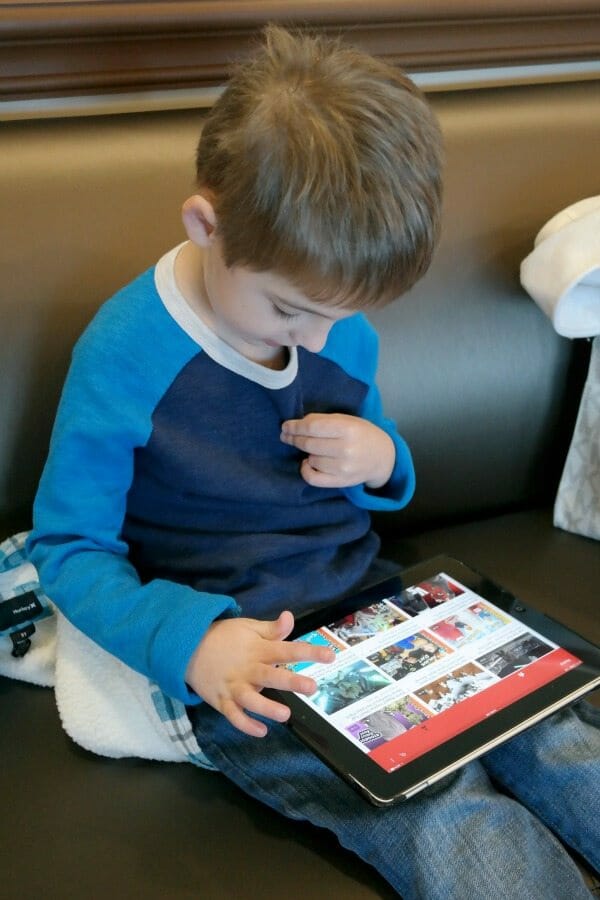 Mini Boden colorblock tee
I’m thankful we had some time to spend at a dinner out with one of our favorite families recently and it was awesome! If you’re in Houston, have you been to Urban Eats? It’s a combination market and restaurant and it was delicious! Definitely try the brussels sprouts and scalloped potatoes. Try not to eat all of your husband’s fried chicken sandwich! 😉 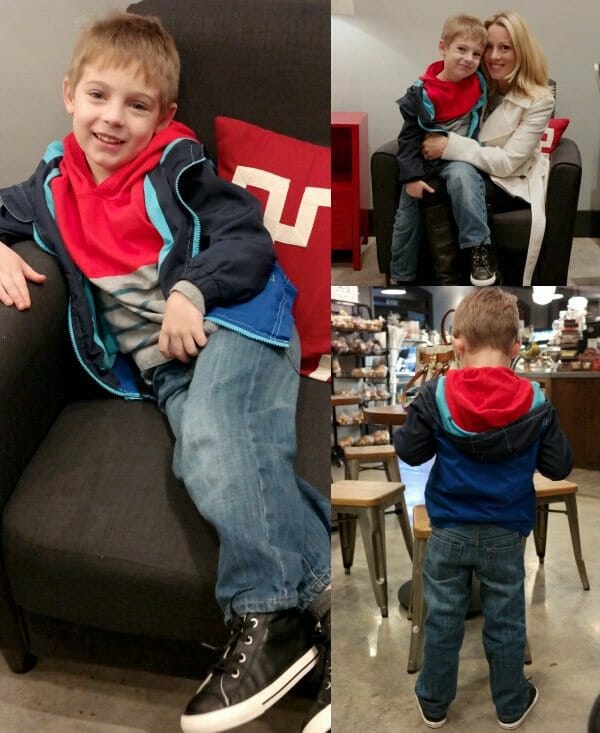 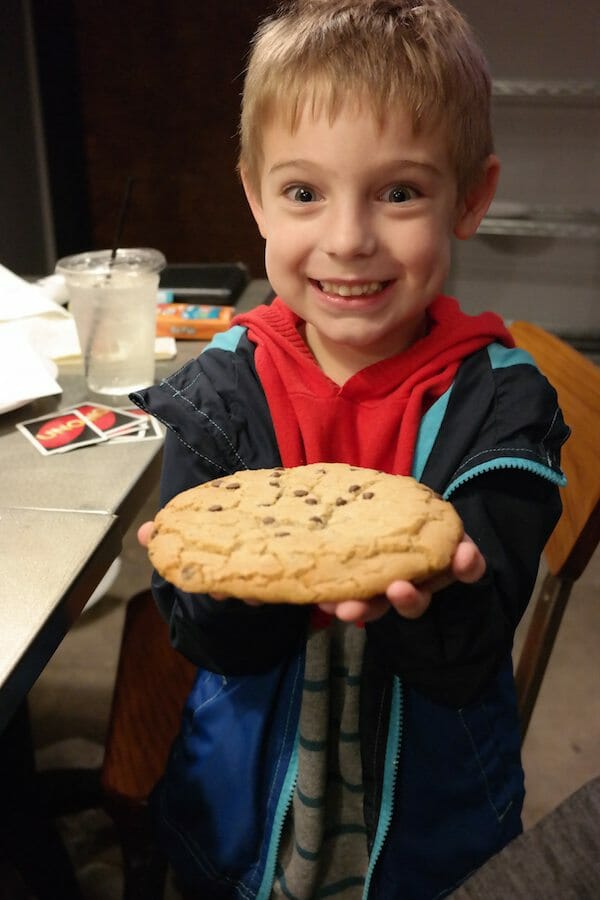 hoodie sweater
We don’t have any holiday outfits picked out, but every year James gets to dress up for the Christmas program at school and I’ll have to get him something red or green.  I’m always dying over how cute the little girls look in their holiday outfits all dressed up! And even though I don’t have a daughter (yet!), I couldn’t help but take a peek at Nordstrom’s selection of fabulous girls holiday dresses! 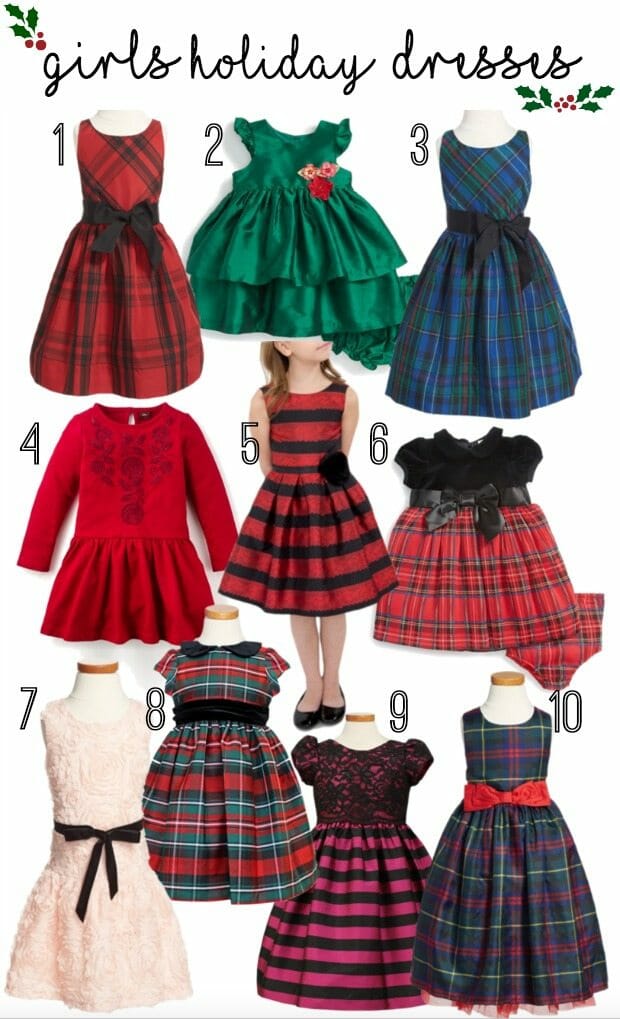 I hope your holiday preparations are going well!
I’ll be back tomorrow with something for the big girls – a gift guide for the women in your life featuring cozy things (that you may want for yourself!)  And of course, come back on Friday for a special edition of Weekend Steals & Deals – the Black Friday sales!
__________________
keep in touch!