“Fix couch cushions” has been one of those things on my get-to-someday list that I seemed to have never gotten to for about two years.  Although we are still enjoying our Pottery Barn Pearce Sectional (you can read my detailed review here), the one thing I didn’t love is that the two couch back cushions that are most-often used totally lost their shape after a couple years.
I tried solving the problem by putting an extra pillow inside (the couch covers are zippered and removeable), but that was just a temporary fix that didn’t last long.  I’d heard you could order replacement inserts from Pottery Barn, but I just never got around to it, until recently.  After I saw the beautiful difference getting new inserts made, I wondered why I waited so long! 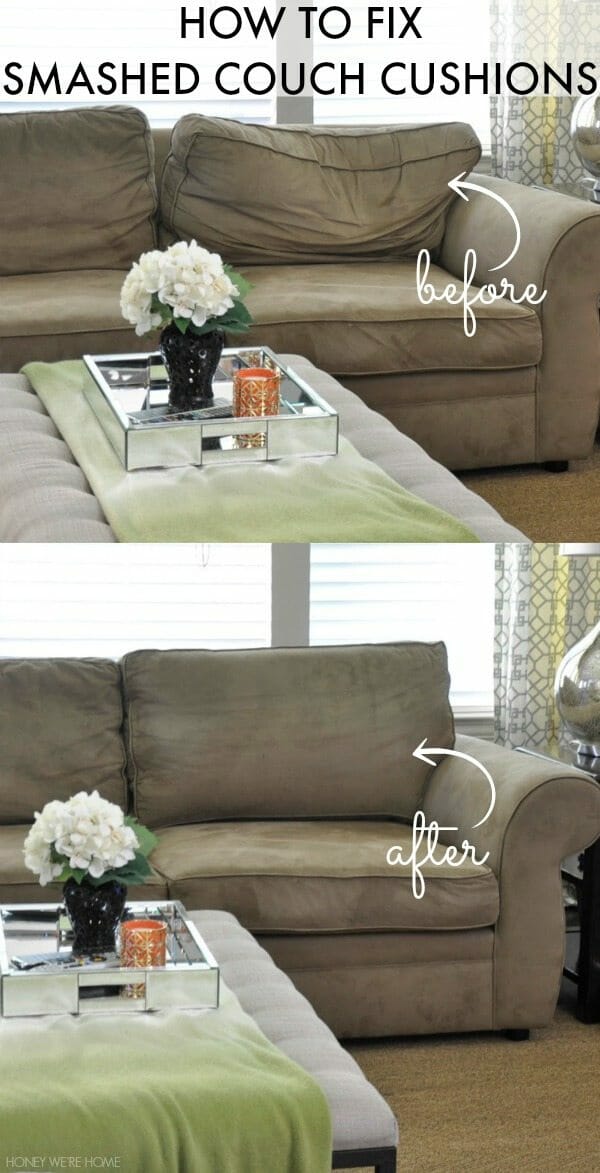 After one too many times trying futilely to fluff those back cushions, I made a call to Pottery Barn customer service and explained I wanted to purchase two back cushions for our sofa.  The rep was very friendly and just had to confirm which couch we had and exactly which cushions we needed (right vs. left, arm vs. middle, etc.).
I surveyed our couch closely to decide how many to order.  It’s clear we needed the end two replaced, but the others seemed to still be in pretty good shape. 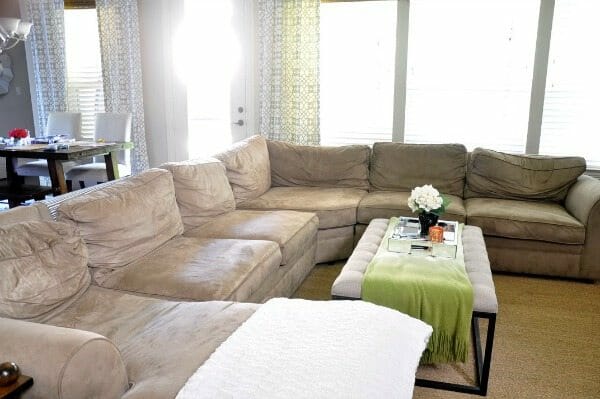 ottoman | mirrored tray
The cost for the two new inserts was $24 and $29 dollars, (not totally unreasonable), but I also had to pay shipping and processing ($11) and tax ($5.28) = $69.28.  I should have asked if I could pick it up in store to save costs, but I forgot and am not sure if that’s an option.  I had a gift card for my birthday so I applied that toward the cost.
The bummer was that I was initially told the order would take 6 weeks to arrive, but it actually came about 4 weeks early.  Each one arrived in a giant cardboard box and was dented pretty good, but the cushions weren’t damaged.  In fact, they were so full and fluffy, I wasn’t sure I’d be able to get them into the pillowcases.  With my son’s help, we were able to stuff the new inserts inside and get the covers zipped. 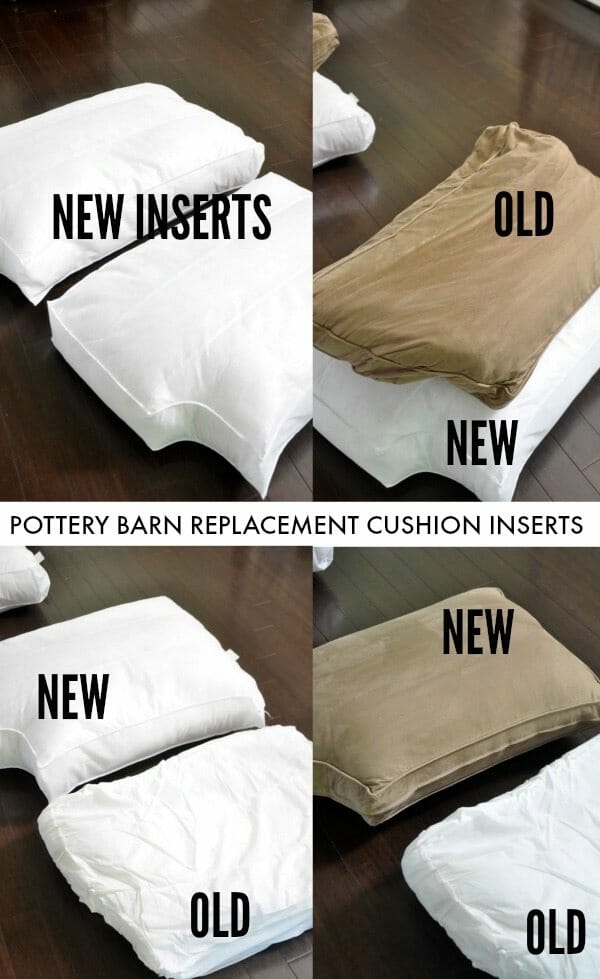 Having the cushions nice and full and taut again makes the whole couch look new again.  We’ve had it for 5 years. 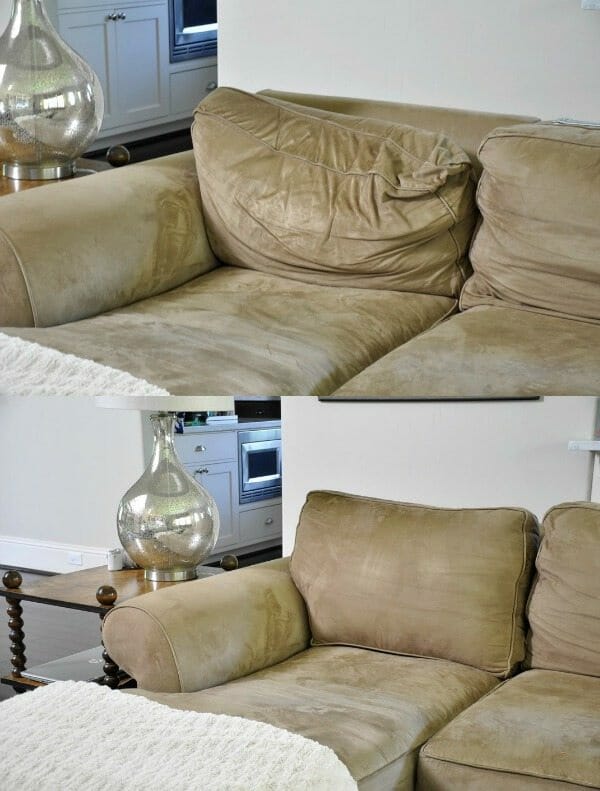 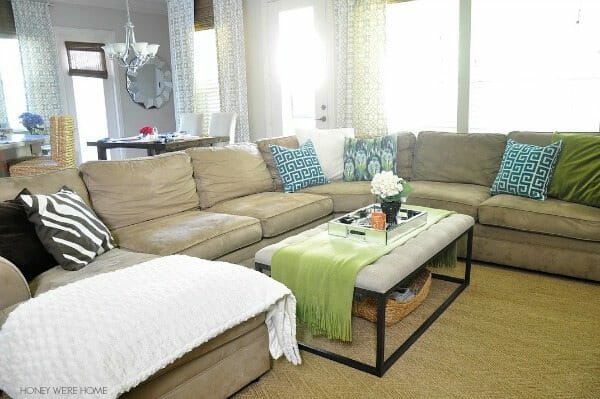