Happy Halloween friends!  Are you getting all dolled up or is that just for the kids?  My little guy will be a Star Wars Stormtrooper, but we are expecting a major rainfall, so we might just have a little party inside.  I got a few goodies, some black and orange balloons, a scavenger hunt skeleton and I’ll be making these fun Mummy Hotdogs. 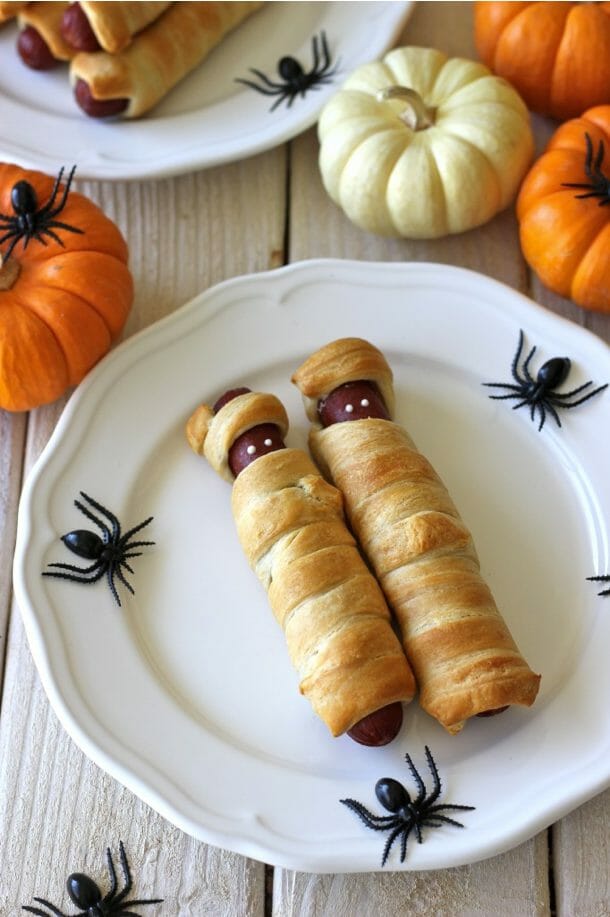 via Damn Delicious
I put up a tiny bit of Halloween decorating this year, which is more than I can say for the last three years combined.  But, I’ve had this giant spider forever (in anticipation of decorating for Halloween that never happens) and I felt like he finally needed to be showcased somewhere. The webbing was found in the grocery store Halloween aisle for a couple bucks and is just pinned to the wall.  I affixed the spider to the wall with a piece of ribbon around his neck that I also pinned with thumbtacks to the wall. 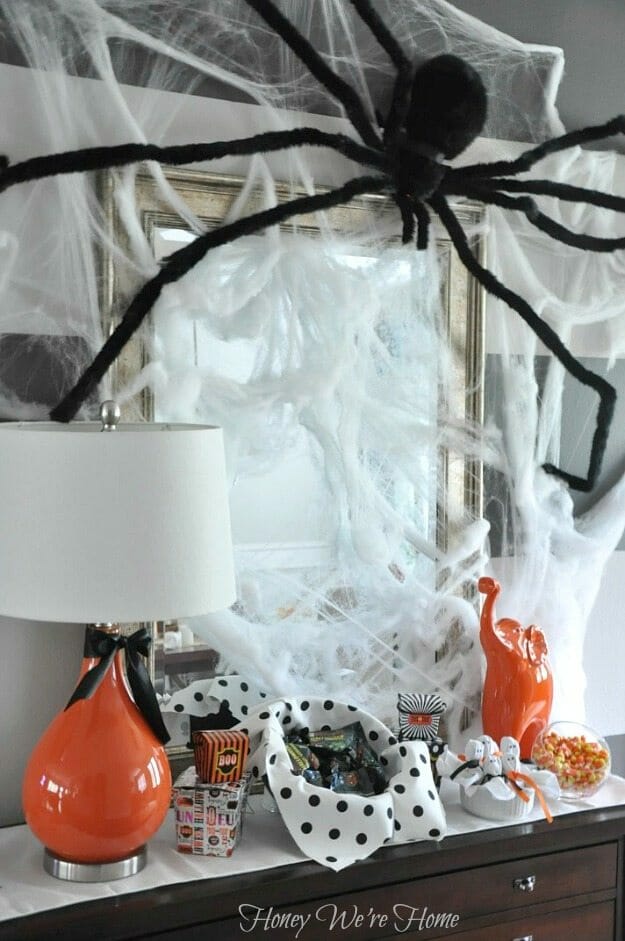 I found a Halloween metallic spiderweb runner at Homegoods and liked it because it goes with our giant spider.  Maybe it’s his baby;) 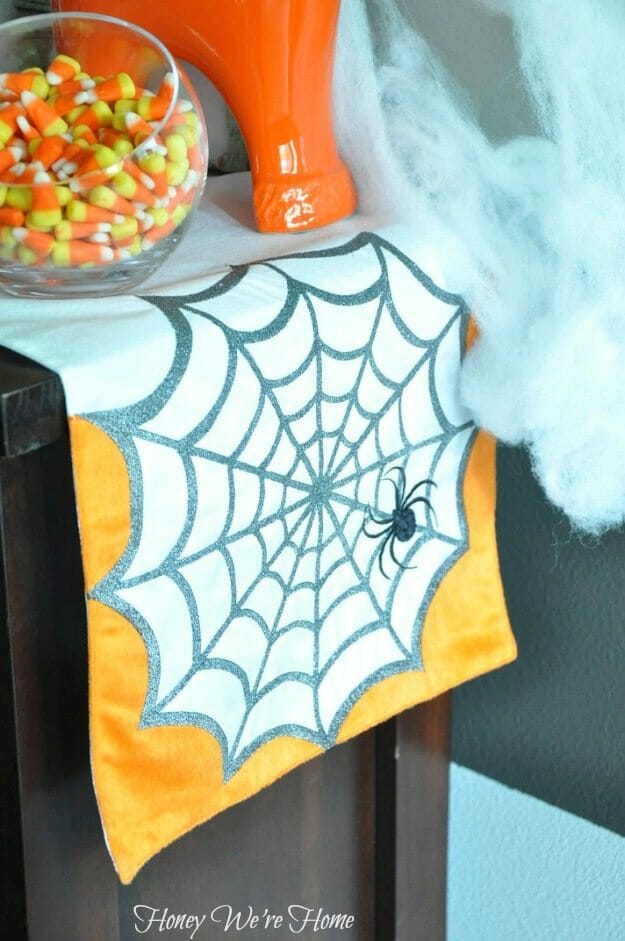 Ceramic orange elephants have nothing to do with Halloween, except the color, and I thought he looked cute here. Candy corn, on the other hand, is kind of a Halloween staple- except I don’t like it, do you? It’s sitting inside a glass nut bowl.  Easy access if you want some. 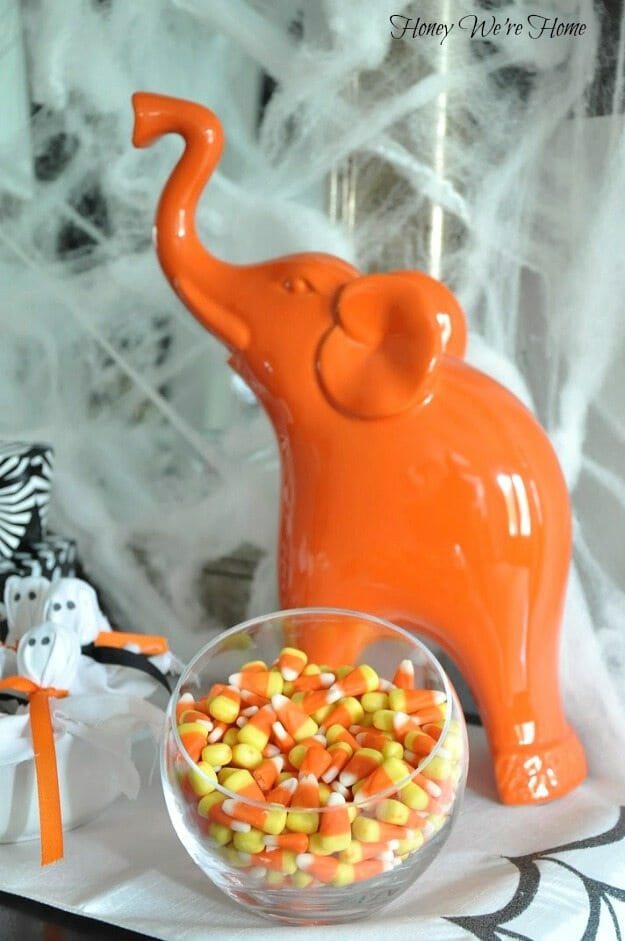 We don’t get many trick-or-treaters, but for those that come knocking, my son thought they would like Angry Bird gummies. 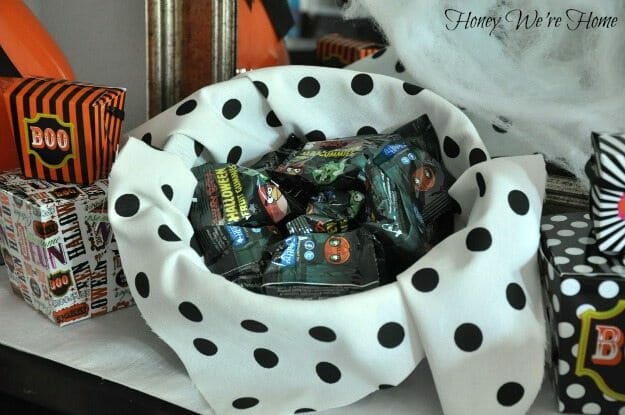 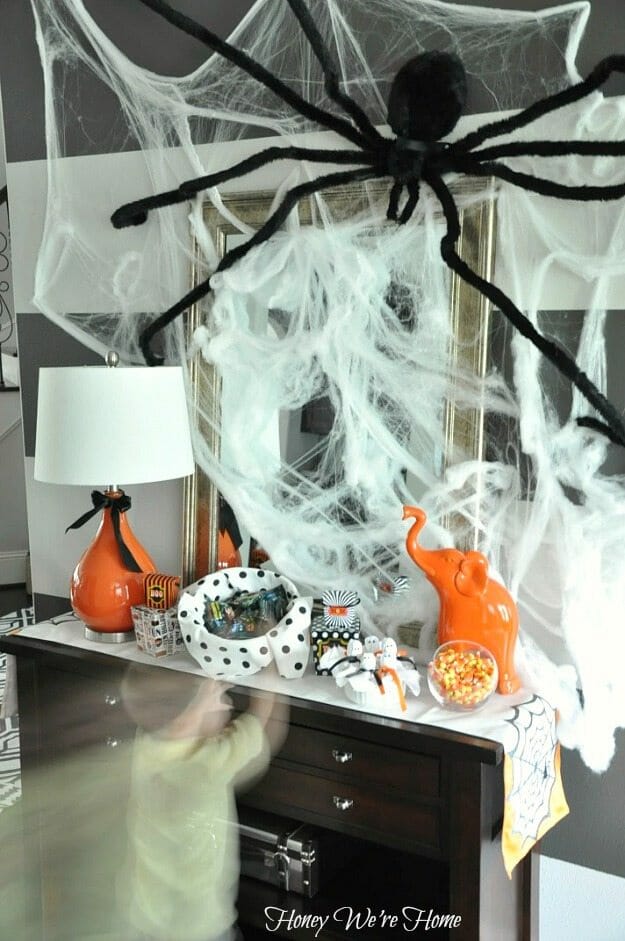