Happy Monday y’all!  How awesome was that extra hour of sleep yesterday?!  I was a busy bee this weekend and got lots of stuff accomplished around the house.  You might have already seen our new door if you follow me on Instagram (@honeywerehome).  I can’t keep away from that app!  Thanks Cassie– grrrr!! 🙂
I’ve been seriously smitten with black doors since seeing them at Emily’s house (A Well Dressed Home) and around Pinterest.  Aren’t they gorgeous?!  She added decorative molding to her doors and painted all of them! 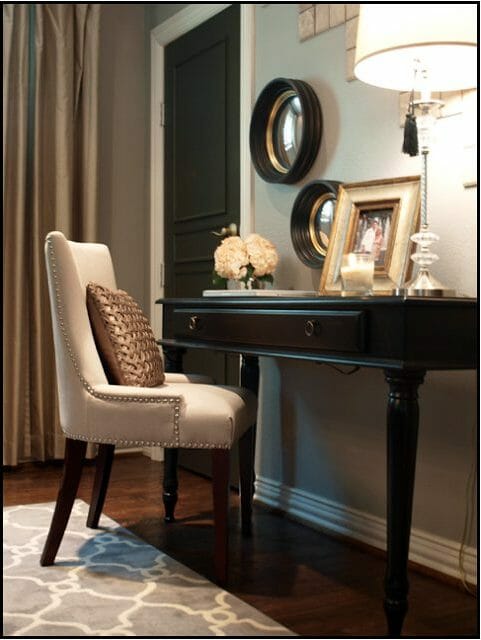 We have a half bath downstairs that is just off of the living room.  I’ve been eyeing that door for awhile now, wondering what it would look like if I painted it black.  I was buying paint for another project this weekend, and on impulse decided to buy some paint for the door too.
I saw that Emily used Benjamin Morre’s Dragon’s Breath, which she describes as more of a dark grayish-brown, but my Sherwin Williams (it’s the closest paint store to my house) didn’t have that color.  I knew I didn’t want a cold, stark black, but something a little warmer, and so I went with Sherwin Williams Black Fox, which I thought was similar to what Emily used. 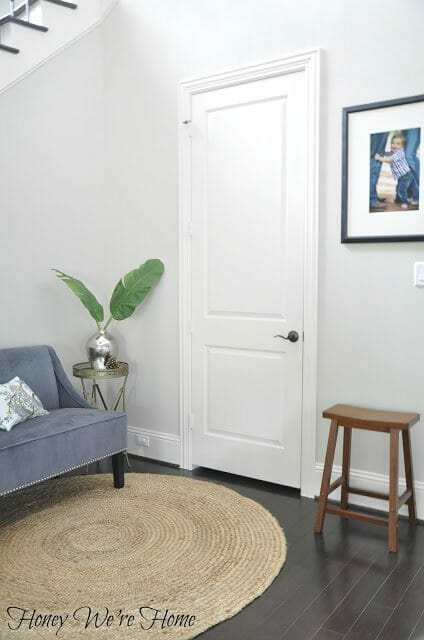 I realized the door would be easier to paint if it was laid flat on the floor. 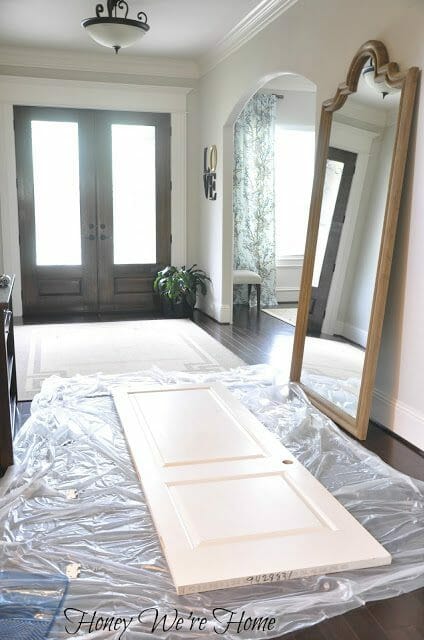 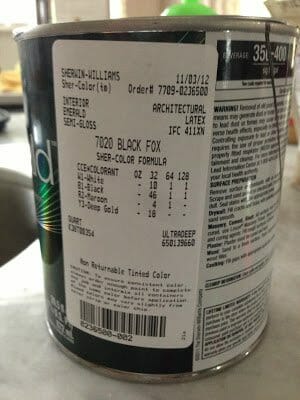 After three coats, I ended up with a very dark gray door.  Even though it wasn’t what I originally had in mind, I like it!  I still need to apply another thin coat on the inside panels because when the light hits it in certain spots, you can see streaks. 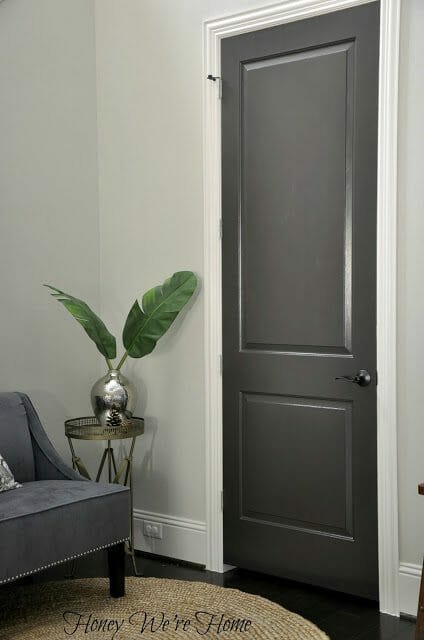 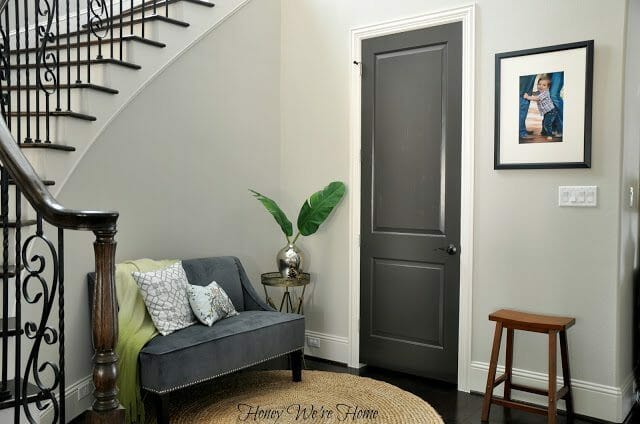 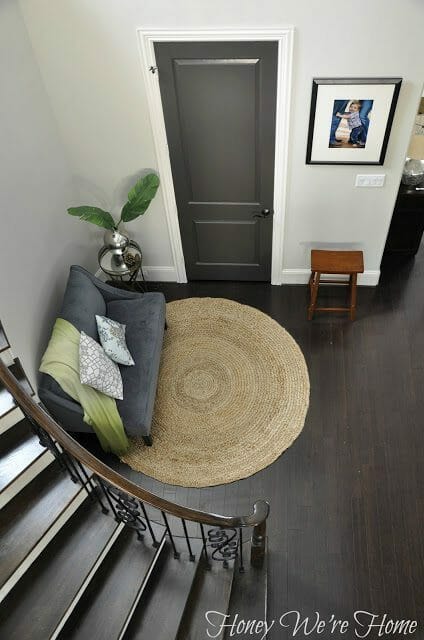 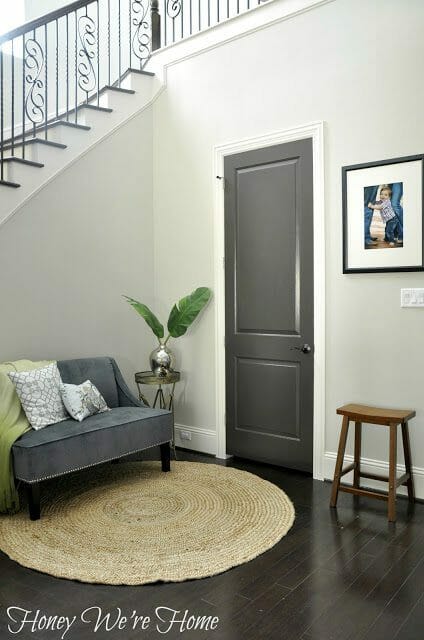 I like it so much that I want to paint all the upstairs doors in our hallway too- but that would mean painting 9 more doors!  I would probably go with the same color, but add a little more black to it.  And for those who asked, we did have this table

near the banquette previously. 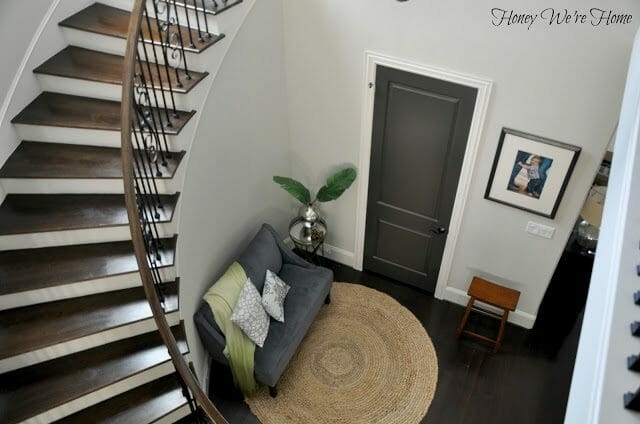 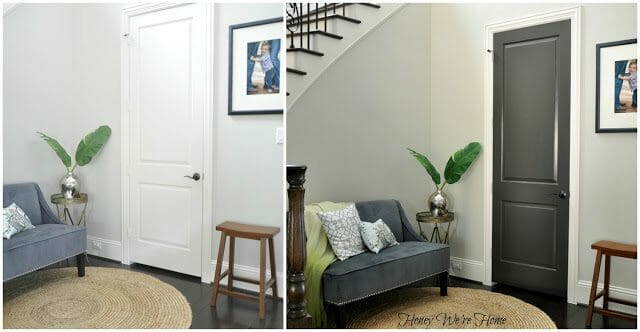