Up until age 2, I did a monthly post about my son.  Now, I’m updating periodically, and saving precious memories that are making up his childhood.  I want to remember that at this age (2 1/2), my son was obsessed with guitars.

Even Friday afternoon, when we went to the bookstore and I told him I wanted to get a magazine before we headed to the kids section to play with Thomas the Train, he ran right to this and said, “You wanna get a guitar magazine Mama?” 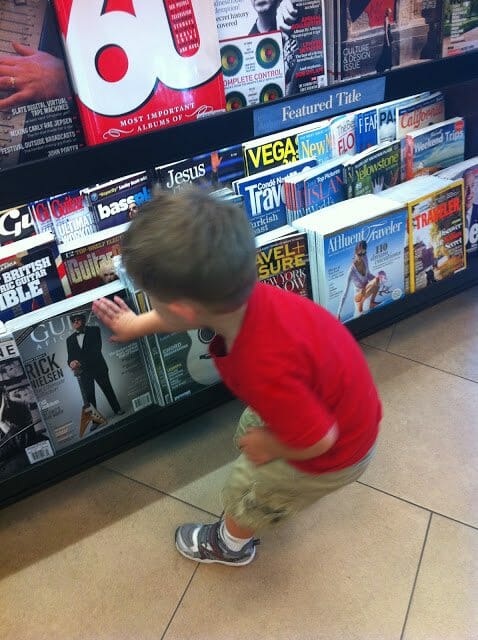 Before we bought him a little ukelaili, he turned everything into a guitar.

He obviously likes to sing.  But he wants you to sing with him, hence his constant requests to “sing it with me” which you can hear at the end of this video.  But then there are times you might be happily singing along to the radio and he says, “mama stop singing.”

We’re at the age where he also requests certain songs when we get into the car.  His favorites are “Everywhere that I Go” which he calls, “Everywhere I Go and I am Yours” because that’s the next line of the song.  He knows all the words and sings it all the time.  He also still requests Michael Jackson.
He’s really good at the ABC’s, except that trickly LMNO part.
And our most recent photos after Day 3 of preschool. (It took me three days to get the settings right on my camera for a good shot).  I got this one by playing “Where’s James?” and he popped out behind the tree. 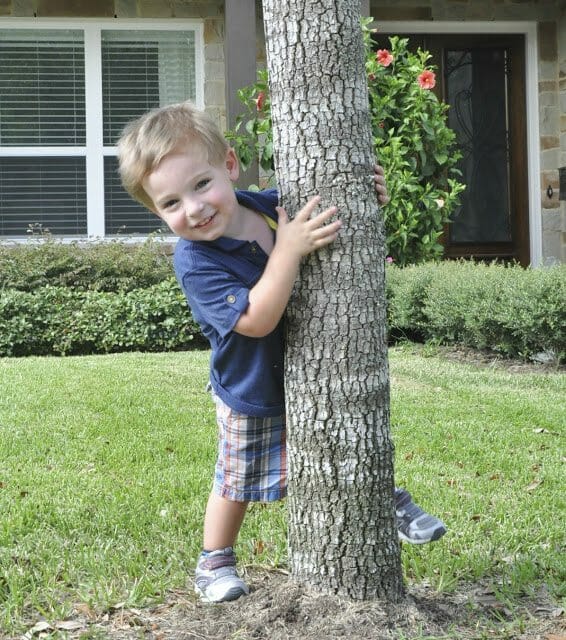 He can finally reach the pedals on his tricycle that he got for Christmas 2010 from his aunt and uncle. 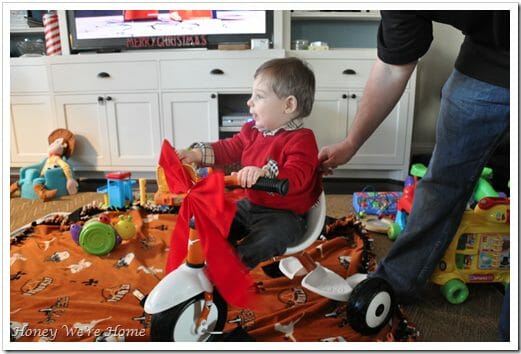 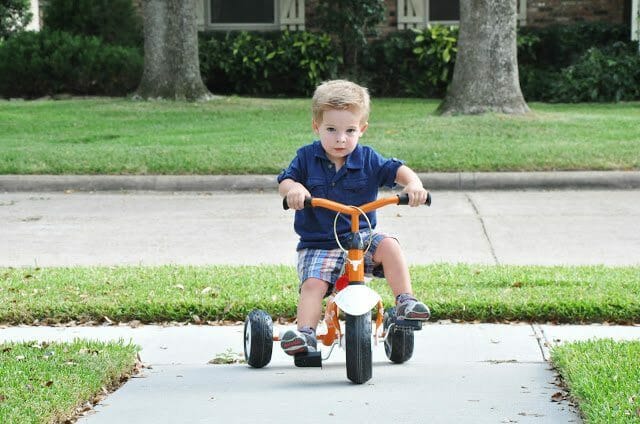