As soon as I saw the gorgeousness of Emily A. Clark’s painted kitchen cabinets, I knew I had to do the same thing to ours.  She took off her cabinet doors and painted the back wall Urbane Bronze by Sherwin Williams.  You can read her full post here. 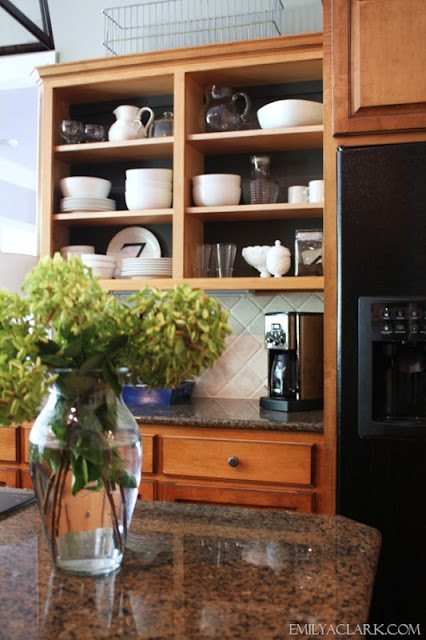 Doesn’t that look great?!  I chose to paint the cabinets in our kitchen that already have glass doors.  I’m not sure what you’ve got going on at your house on Friday nights, but two Fridays ago, after James went to sleep, this was what I was doing . . . 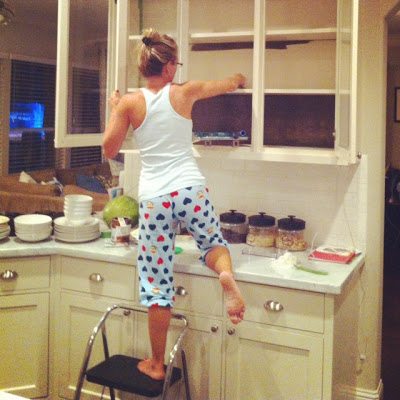 I taped the sides, applied two coats that night and a third coat in the morning.  I used the same paint color as Emily- Urbane Bronze by Sherwin Williams.  I used flat paint (because our cabinets are flat) and she used satin (that’s what she had on hand). The picture below was taken just after the third coat was painted, while it was still wet, and it dried darker than that photo depicts. The photos with the dishes in the cabinet show a truer representation of how the color looks dry. 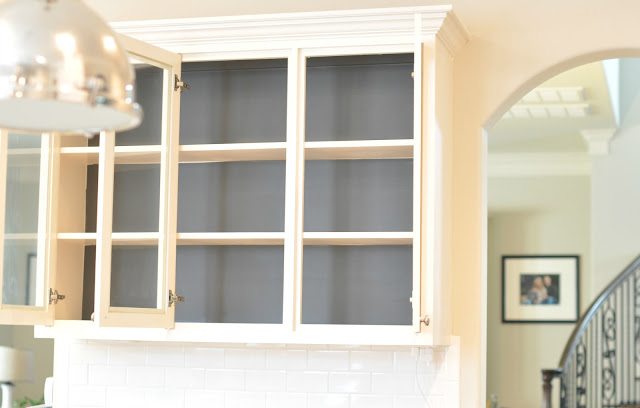 After putting everything back in, I realized I needed all white dishes and pottery, because the cream and olive green dishes I previously had in there didn’t look too good with the dark grey background.  So, I ended up relocating those dishes to another cabinet and added in more white.  You can read more about the “before” HERE. 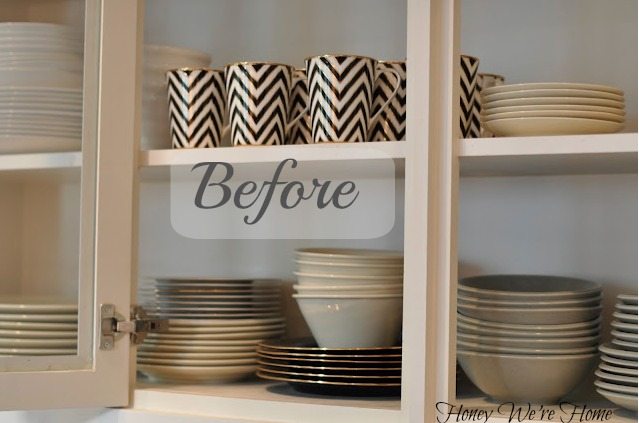 I love how the white pops against the dark background.  Too keep it from being too stark, and to add a touch of fun, I brought in a couple mini potted boxwoods. (I also cleared off the area underneath to keep the focus on the pretty cabinets). 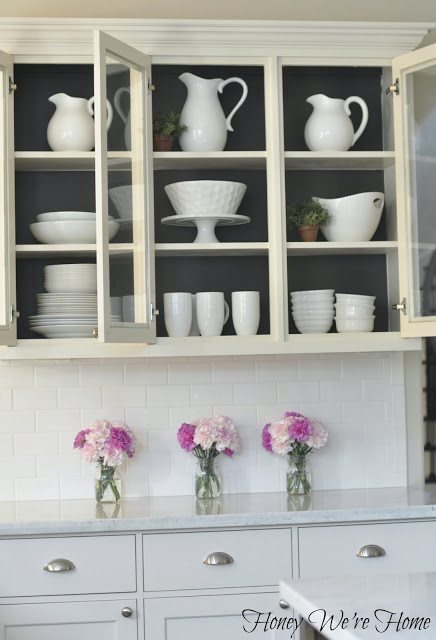 I bought the tall pitcher at Target and the two smaller pitchers at Homegoods.  You can also get them really cheap here

.
I’m terrible at eyeballing how things will look, so I am one of those who purchases, tries it out at home, then returns.  (I originally had three tall pictures, but liked the balance of one large and two smaller, so the two large ones went back to Target).
The two large bows were also from Homegoods and the coffee cups are from Target- nice and tall so you can see them with the doors shut.  We already had white plates, small bowls, and the cake stand.  I could have just spray painted some off-colored objects, but I didn’t have the size and shape I wanted. 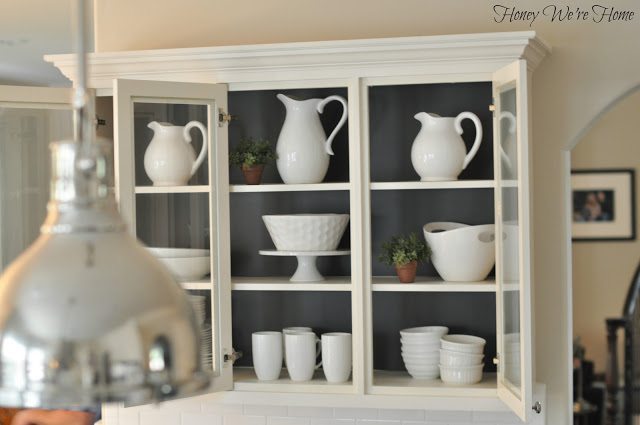 Because we have doors on our cabinets, I had to keep the items inside centered so they looked nice when the doors are closed. 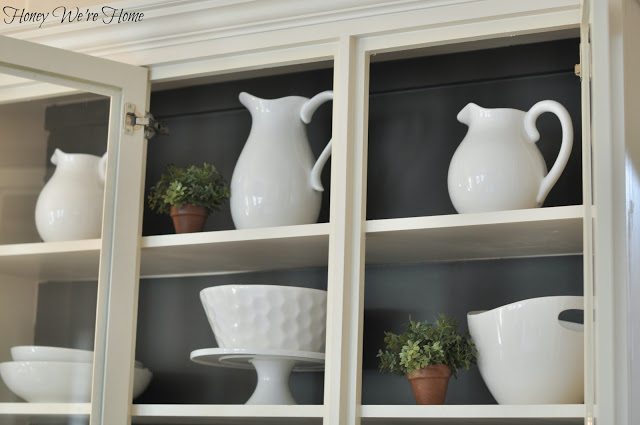 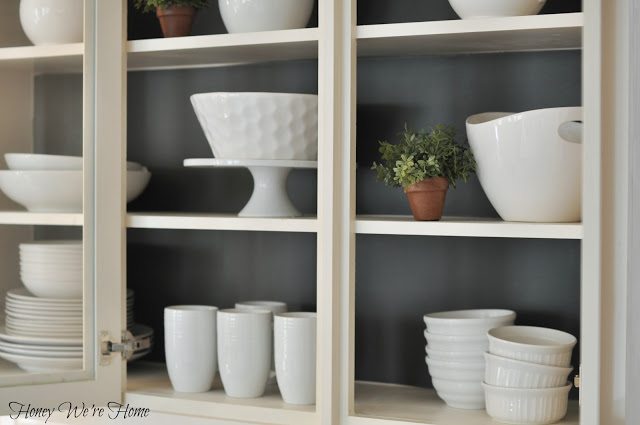 I love how the cabinets turned out and only wish I had painted them sooner!  Thank you Emily for the inspiration. 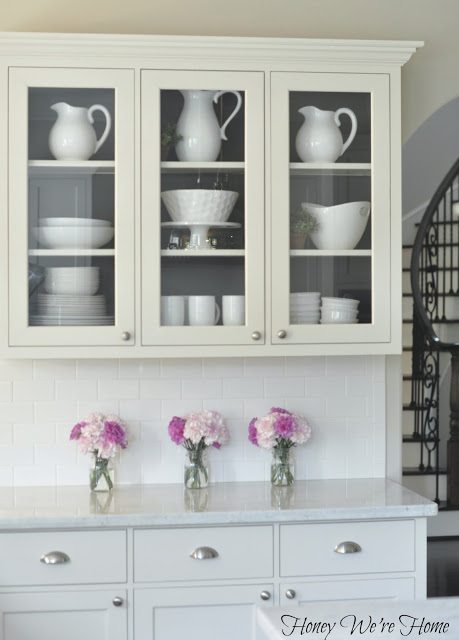 I know it’s back to school for many of your households- hope you and your kiddos have a great week!