These last two months have heard James talking and talking and talking. His sweet little baby voice is my favorite.  We have actual conversations and he absolutely delights me.   I accidentally bumped him the other day and he said, “Careful mama.”  Then I was trying to put nose drops in his nose while he squirmed away and said sternly, “Don’t like it!”
He’s like a parrot repeating everything you say.  Now I know when I hang up the phone I usually say, “okay, bye” because James has been mimicking me saying the same thing.  And he carries around my old Blackberry talking on the phone all the time.  He even holds it between his ear and shoulder. 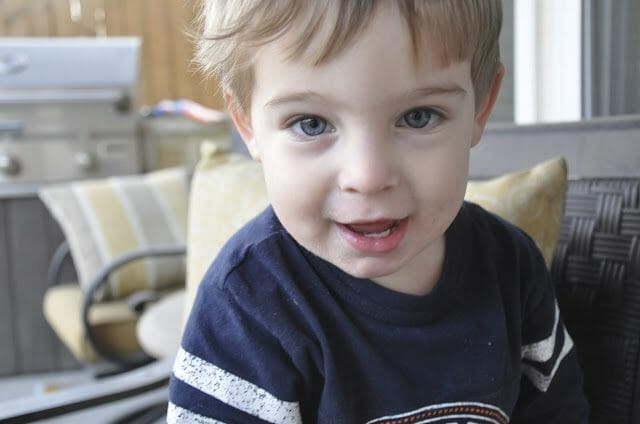 He loves to go to “Starbuck’s” and drink his “chocolate milk.”  He gets in “mama’s car” and always wants to “drive.”  Last night, he wanted to do “laundry” and pulled his laundry basket into the laundry room and opened the washing machine. 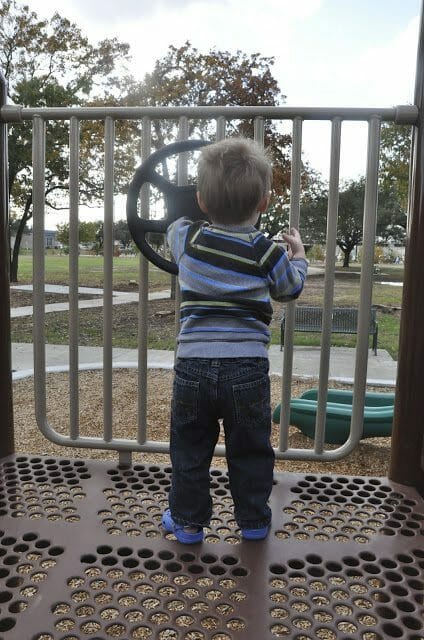 I’m always getting down to eye level because I just love looking at him and I love to look him in the eye.  He’s still so little but such an individual and turning into such a little boy. 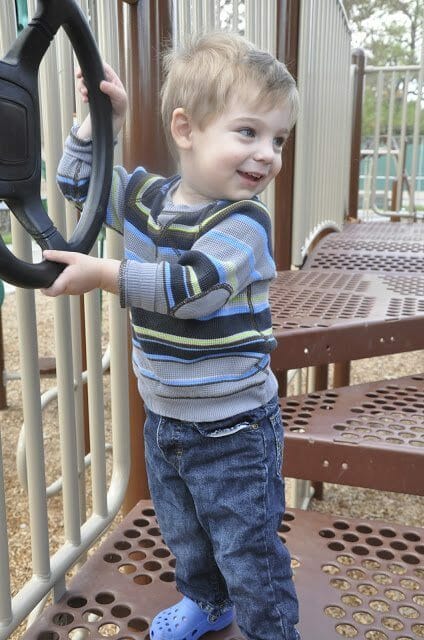 He’s really friendly to everyone and will engage anyone who pays him attention.  So funny when he spotted this little boy down below. 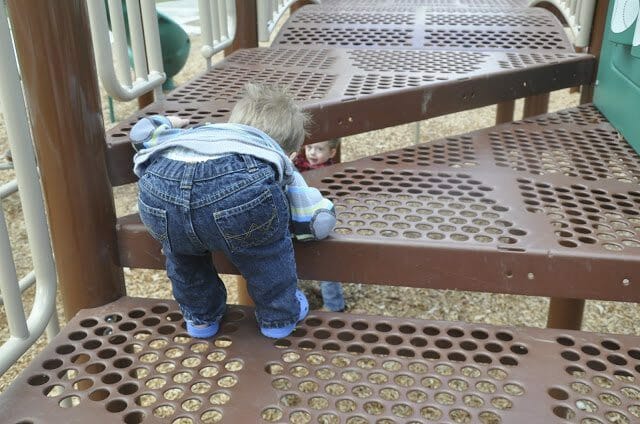 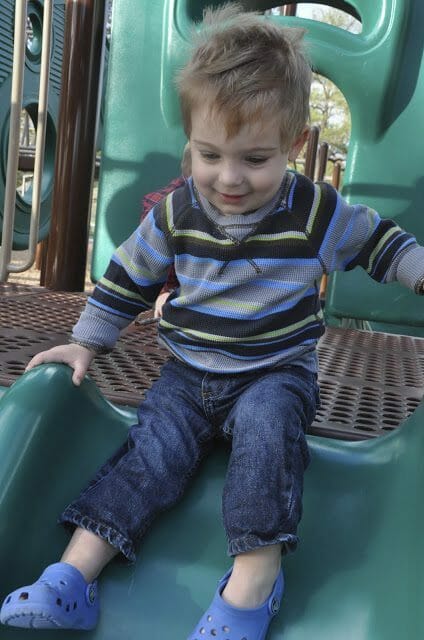 He gets so excited when he hits the ball.  And he loves his “Muno” shoes.  He’s trying to help me get him undressed and dressed but can’t quite do it yet- he wants to though. 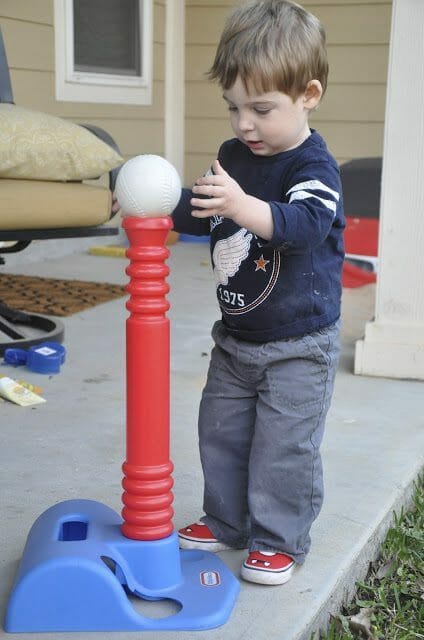 When he reads, before he identifies something he says, “whatsat?”  I guess I’ve asked him a million times, “What’s that?” 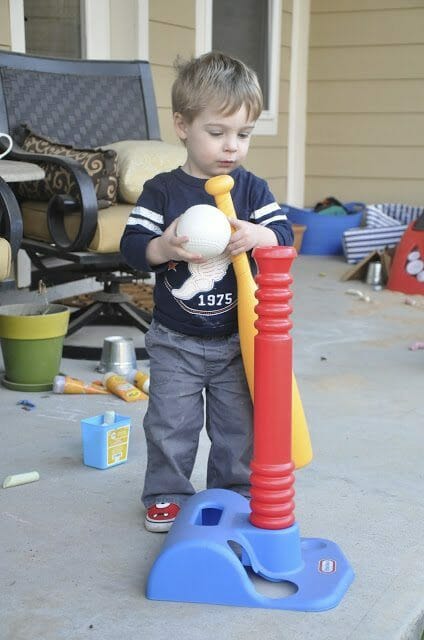 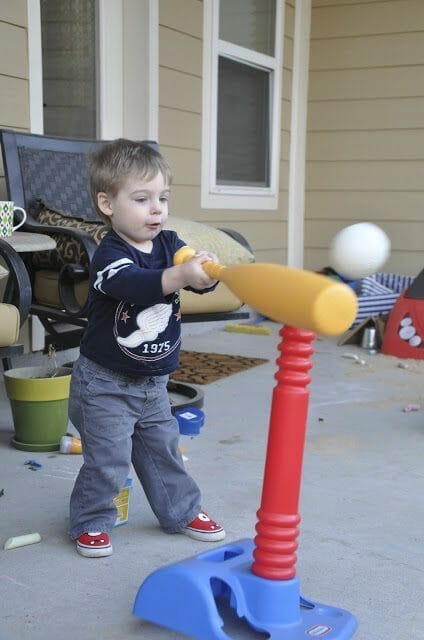 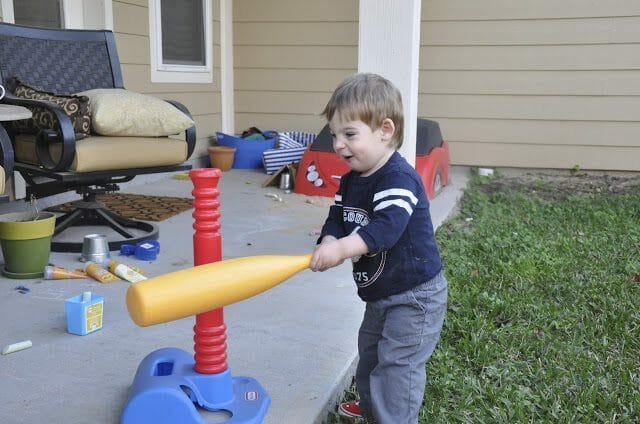 He has such a sweet, fun-loving spirit.  He loves to go to “church” and “praise Jesus.”  He sings the alphabet, lots of nursery rhymes (This Old Man and Old McDonald are current favorites).  He’s figured out how to operate his CD player and will play his “Snuggle Puppy” song over and over. 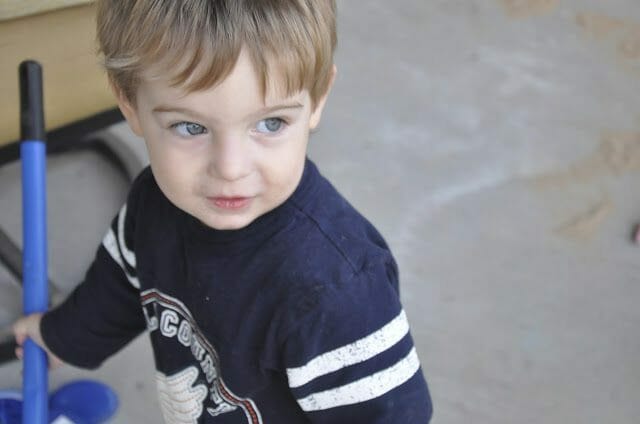 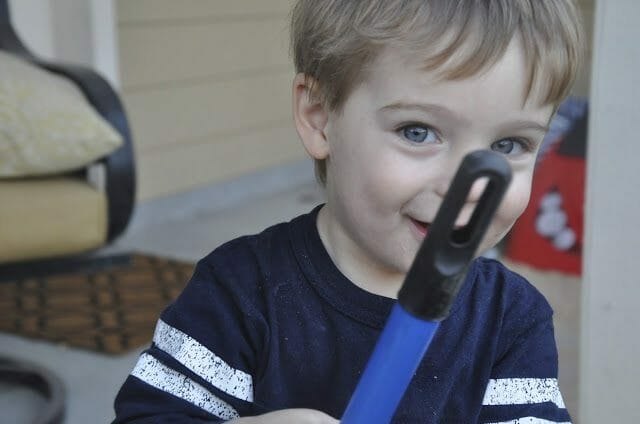 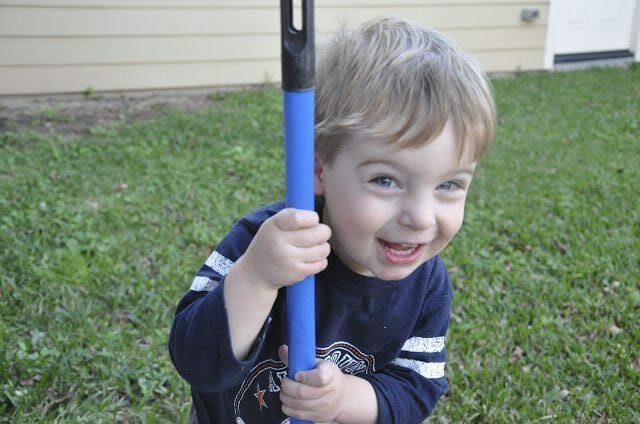 Love this little guy.  We say, “I love you SOOOO MUCH!!”  He melts my heart.  Hearing, “Love you Mana” is the best thing ever.  Or when he wants a “hug” and puts his little arms around my neck and lays his head on my shoulder.  He knows we “hold hands” in the parking lot and now automatically reaches for my hand. 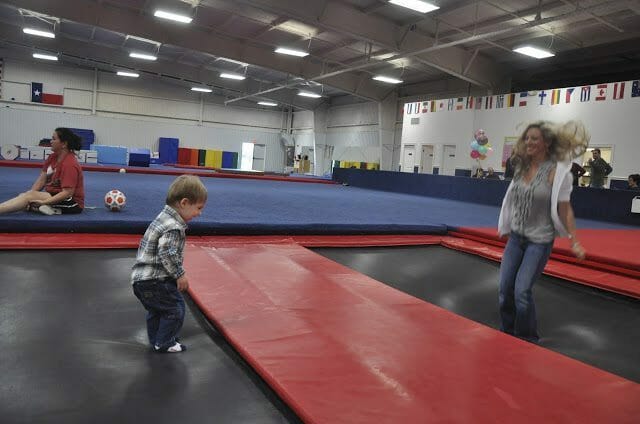