There have been so many discernible changes in James these last few months, I feel like I cannot possibly chronicle them all or accurately describe the subtleties of everything.  But I love it!  First of all, he’s really physical- loves to run, climb, and wrestle with daddy. 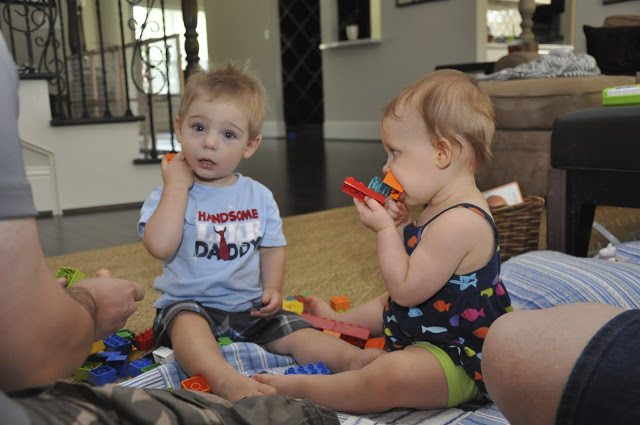 He understands so much now that it blows my mind.  I can ask him to throw the wet diaper away, and he’ll walk over to trash can, open the lid, and throw the diaper away (sometimes I don’t even have to ask).  Or, we were in my room and I found a “paci” and told him to put it in his bed, and he went into his room and put it in his crib!  I can tell that when I’m talking to him, he understands a lot of what I’m saying.  And he’ll go to the stairs and say “night night” when he’s ready for bed. 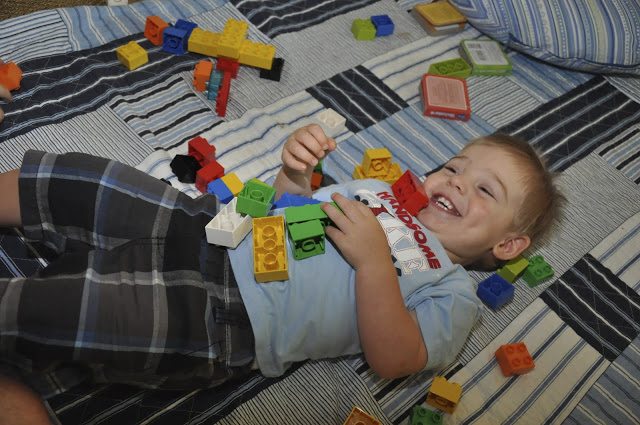 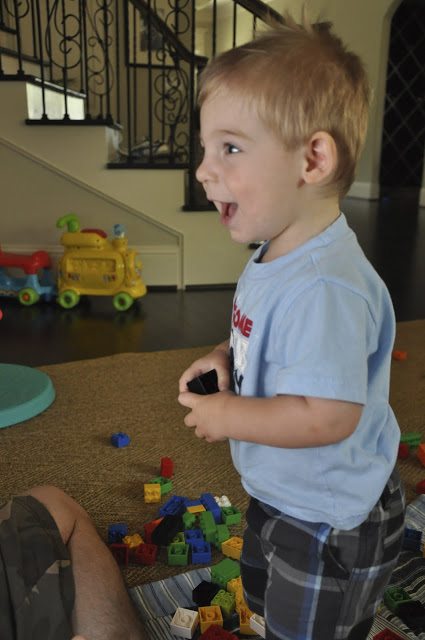 The first time I saw him take his sippy cup to the water dispenser on the fridge door, I was stunned!  Look how cute he is standing on his tippy toes, trying to get himself some water! We quickly learned how to lock the water dispenser! 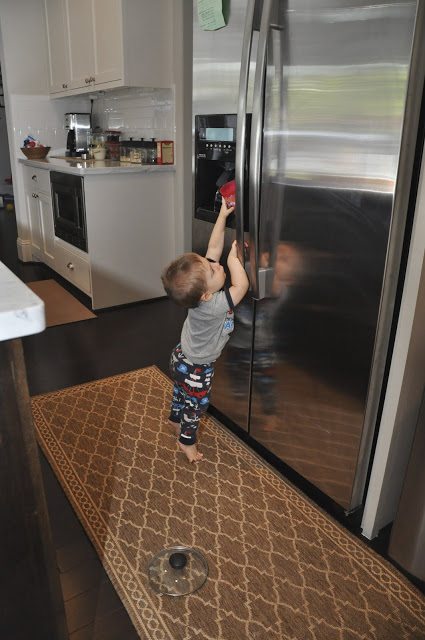 He loves to open and close doors and drawers.  Loves to push buttons and take things in and out of buckets- like emptying his leggos and putting them back into the bucket.

Can’t get enough of putting on shoes- his, mine, his dad’s. 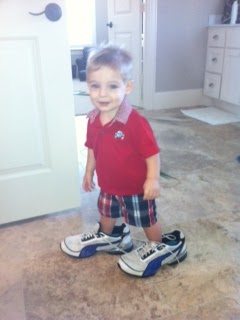 He’s talking up a storm!  He says:
shoes
tankoo “thank you”
hot (and uses it accurately, like when he touched my lawnchair and said “hot”)
lunch
milk
paci
wubby
mana “mama”
dada
hi baby
no, no, no
night night
bye bye
yay!
up (when he wants to be picked up)
toe “toast”
doggie
Stacey “Aunt Stacey”
pop pop “Moon Pop”- a rice cake snack
cookie (he calls crackers cookies) 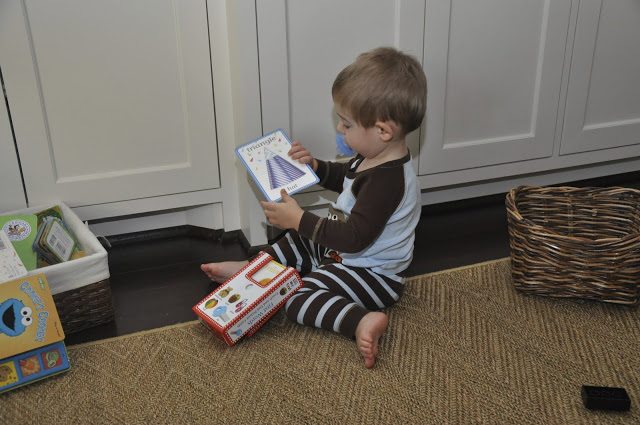 He loves ice cream and waits (not so patiently) for his cousin to give him a bite.  But he’s actually a pretty picky eater.  He likes bananas and other fruits, toast, yogurt, rice and beans, ravioli, cheese, grilled cheese and PB&J sandwiches.  Will spit out chicken, veggies, eggs, and a bunch of other dishes I’ve tried to feed him.  I’m still trying. 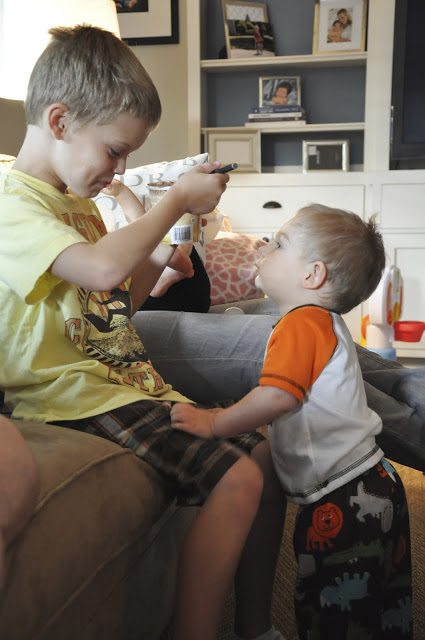 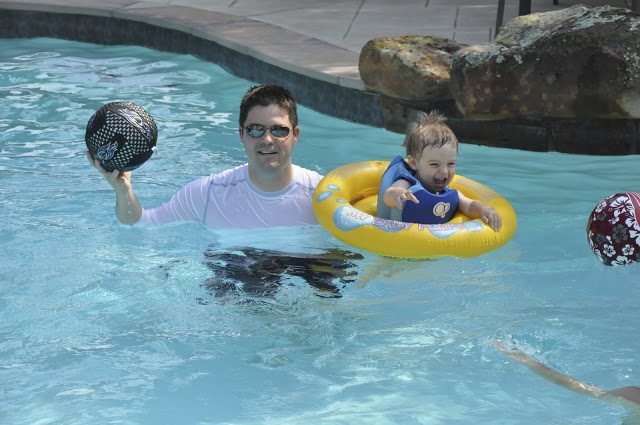 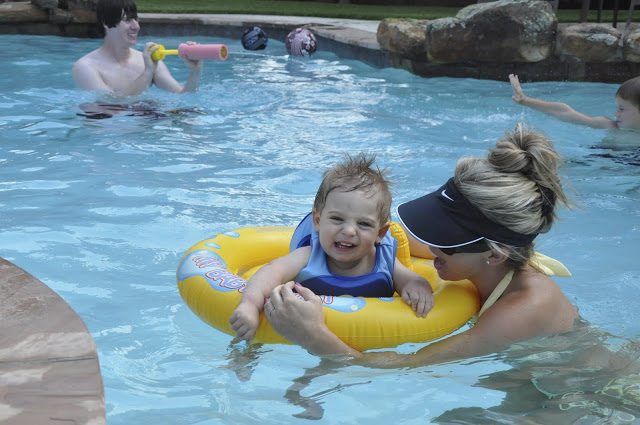