This last month has been so fun as James’ personality and curiosity has been ever-emerging. Also, his ability to get around has increased exponentially!  He moves around the house like nobody’s business and doesn’t sit still for long.  Sometimes, we’ll be in his room playing and he’ll just crawl away into the hallway.  Um, weren’t we playing?  I feel like I’m always saying, “Where you going?”
Now, James:

Weighs 20 pounds
Says “mamamamamama”
Loves to zoom around the house is his little car.  We call it his “zoom zoom”
Thinks diaper change is the perfect time to flip over and be a wiggle worm.
Has discovered how to get into the doors and drawers in the kitchen and loves opening/closing them.  We recently had to baby proof those areas.
Cruises on the furniture.
Has been eating lumpier foods and started eating baby crackers/puffs.
Can hold his own bottle.
Has 7 teeth
Has gotten 3 or 4 haircuts, I’m losing count!

I did this post in chronological order and it’s so wild to see the changes James has made in just one month!  His haircut courtesy of mama in the middle of the month made him look so much more like a little boy.

Whatcha’ doin’ under there? 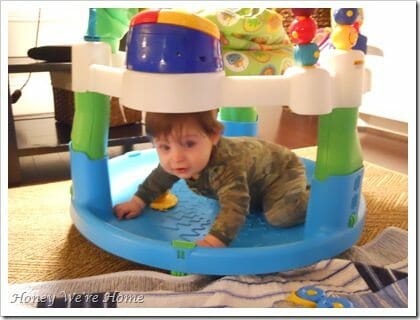 What is it about the door stops?! 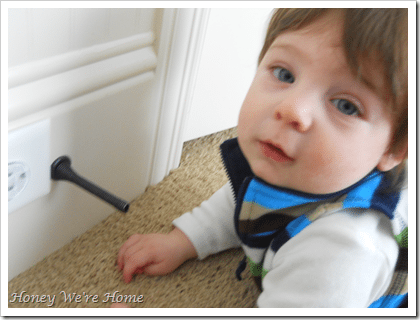 Are you real or a little doll? 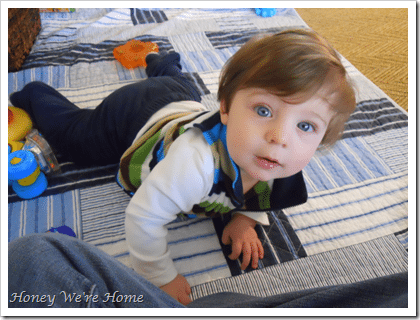 With a football-loving Daddy, it was only a matter of time . . . I *die* over the backwards shot!! 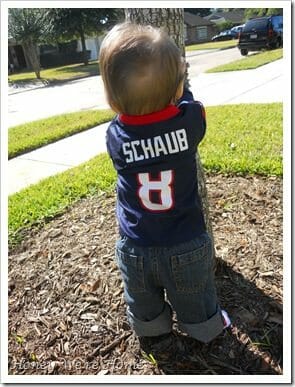 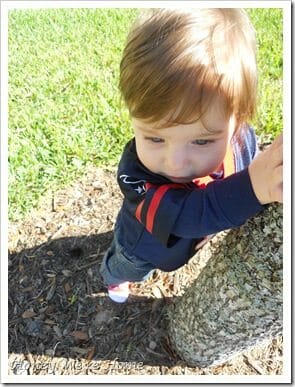 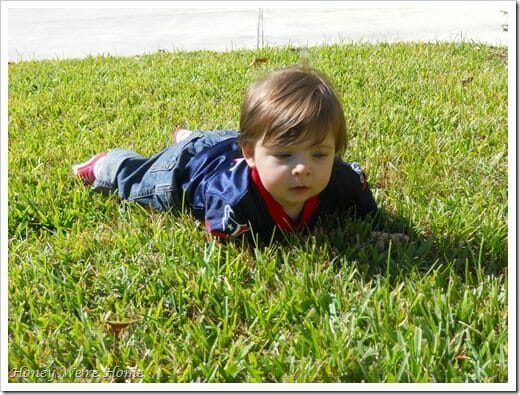 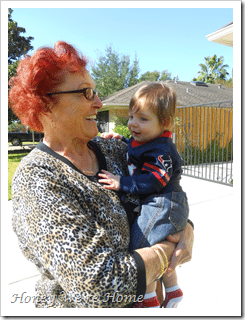 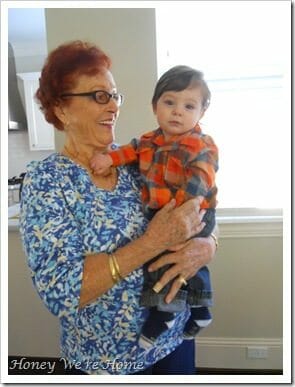 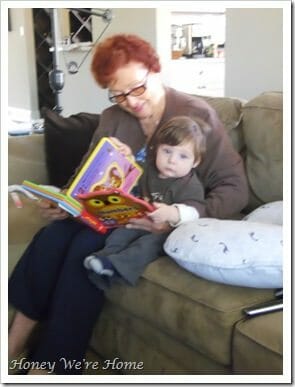 It’s so much easier to shop now that James can sit in the shopping cart.  He loves riding in it- especially in the parking lot as I sing, “weeeeeeee”! 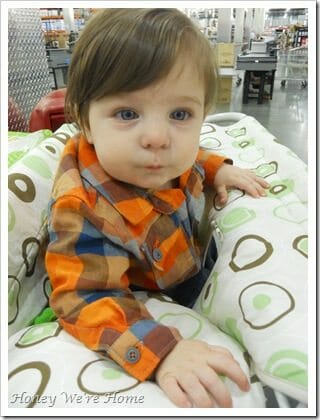 Here he is after his big-boy haircut! 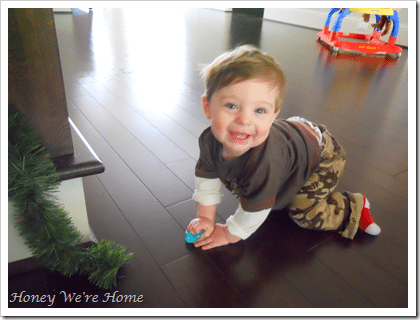 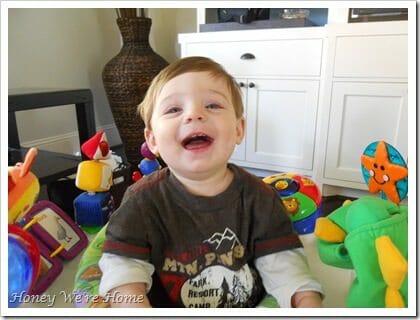 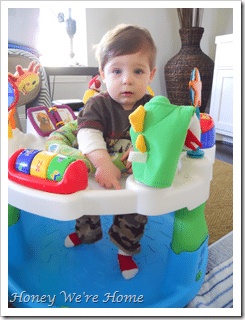 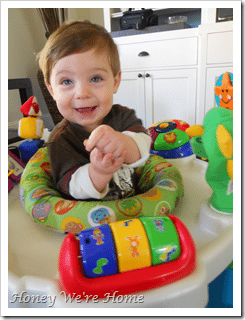 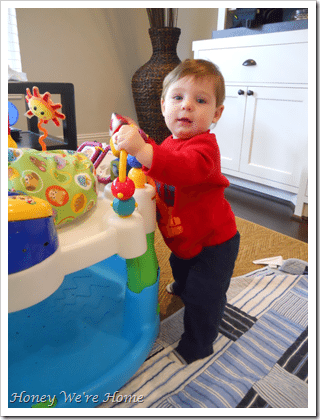 Thanks Grandparents for the zoom-zoom! 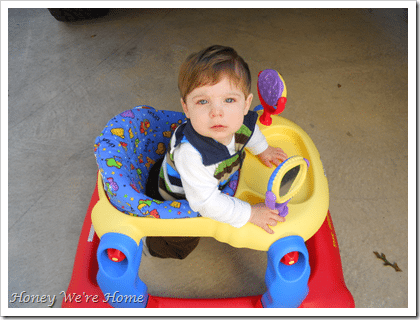 First Thanksgiving. He loves his older cousin sooo much and is fascinated by him! 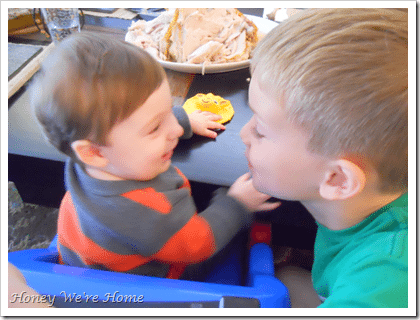 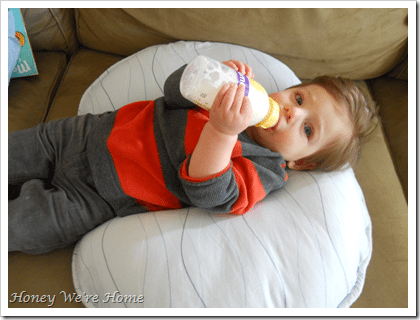 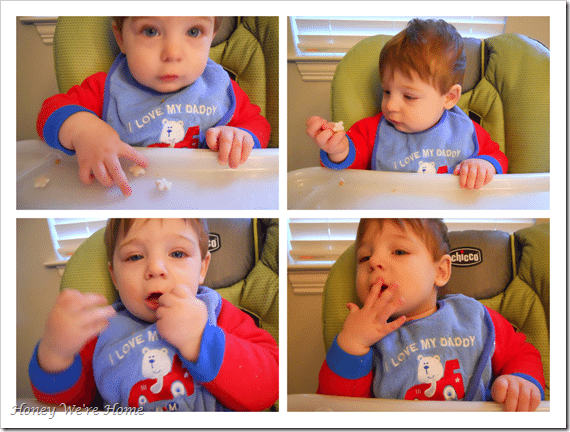 The coffee is for mama! 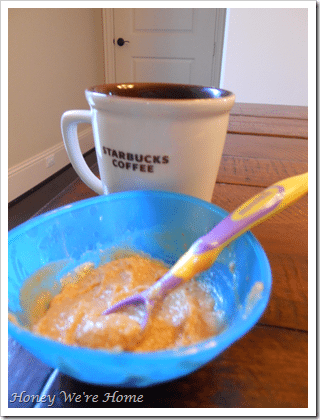 We love to read together.  Or he loves to turn the pages while I try to read! 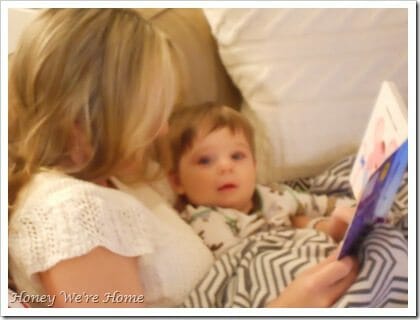