This little guy is getting so physical.  And he’s really intentional about what he wants to do.  For example, now he will specifically crawl, and I mean, fast! toward whatever he’s interested in.  Last month, he just started pulling himself up, and now he’s a master.  He’s crawling all over the house, likes to climb up my leg, and he’s also already cruising around the furniture!  Ahgghgh . . .
Now, James:

Weighs 20 pounds
Wears size 12 months and I started buying 18 months too
Recognizes Mom and Dad
Loves when you clap and likes to hold your hands while clapping
Loves music, story time, and bath time
Loves being tickled and laughs with those deep baby belly laughs
Watches for your reaction when he’s doing something
Can sit unassisted
Likes to play with the toys that light up and/or make sounds
Can pick up his pacifier and put it into his mouth
Is getting better at using his fingers to manipulate small objects
Gets frustrated and will scream out when you tell him “no” and move him away from the remote control or computer or whatever he’s not allowed to play with
Still sleeps from about 6:00 p.m. to 7:00 a.m. (THANK THE LORD!), naps for about an hour at 9:00 a.m. and 1:00 p.m.  Now, I put him in his crib awake, and he falls asleep on his own- usually.
Babbles and makes lots of sounds, but still no “mama.” And believe me, I’ve said it to him a million times.
Has (almost) 5 teeth (three on bottom, two on top- the upper right is almost through)
Needs another haircut 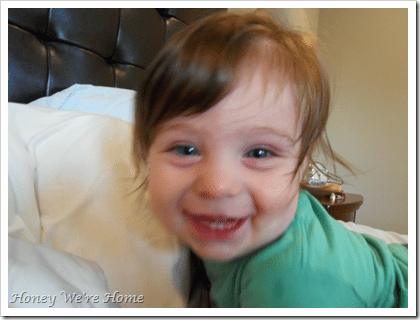 This video was taken when I had to wake him up for a doctor’s appointment.  Normally, he wakes up on his own.  But, isn’t it sweet to be greeted with a smile? 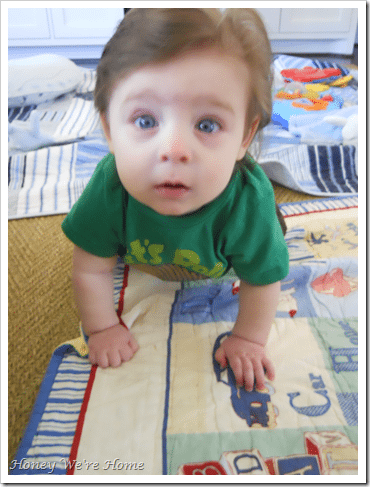 And pulling up.  Notice the corner protectors! 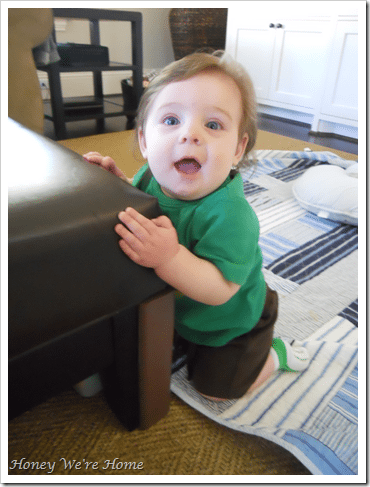 Added the legs to this toy so he could play with it while standing. 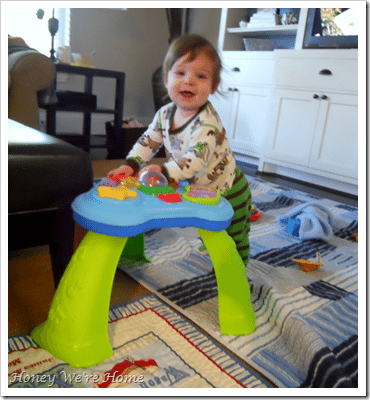 I’ve also started dressing James in shirts and pants instead of onesies.  He’s getting so big that the onesies looked a little silly and one day, one of my friends remarked, “Where’s his pants?” Oops. 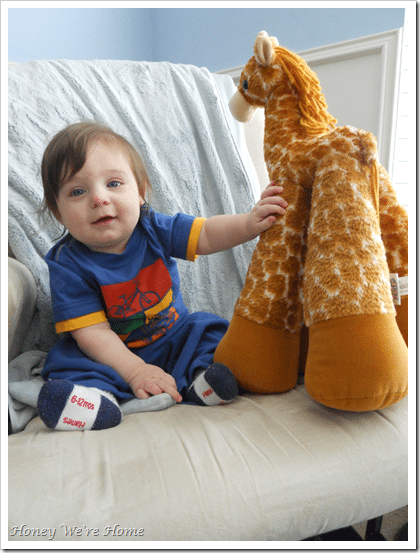 I found this little faux leather club chair and ottoman at Home Goods ($79) and had to snatch it up!  Remember, I have the adult version in the sitting area of my bedroom! 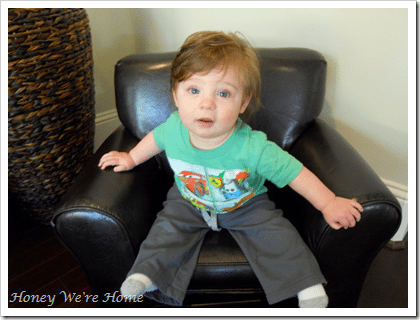 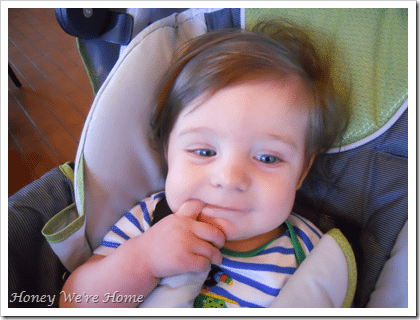 I think babies look so cute in overalls. 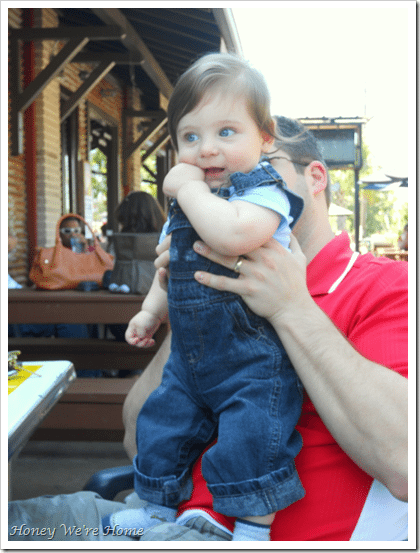 Is it just me or does my baby already look like a toddler?  🙁