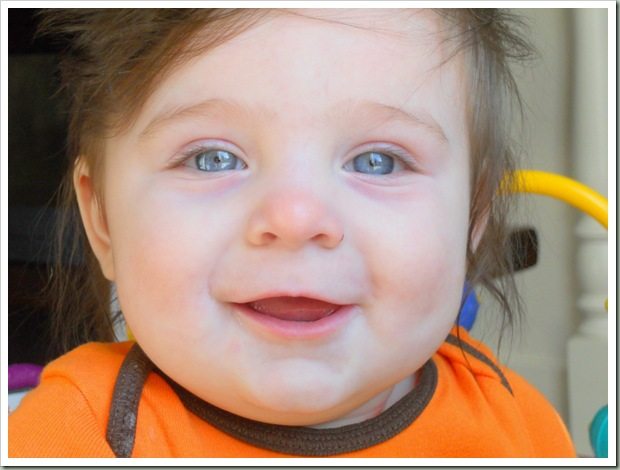 This kid is killing me with his cuteness.  And his eyes.  And his smile.  And is joy.  And his laughter.  And his just. being. a. baby.  He’s the best thing in the world.  Keeps delighting me by delighting himself.  Sometimes he laughs so hard, one of those deep belly laughs, and then I’m laughing too and I just want to record it and save it forever.  Those wonderfully sweet sounds.   Everything is new.  Everything is wondrous.  Everything is explored.  I wake up so excited for each day because I know I get to spend it with him and I can’t wait to see what he’s up to next.
In the afternoons, we typically go into his room for some play time.  Sometimes I play too, but mostly I just try to take it in.  Seeing what he wants to do or where he wants to go.  And what will he do when he gets there?  Tiny little fingers reach for toys and chubby hands grab everything.  Slobbery lips and drool on the chin are a constant these days and occasional squeals of delight or frustration abound.   When he makes his way over to me, he loves to put both of those puffy hands on my cheeks and give me a big, open mouth kiss . .  . or he’s trying to eat my face.
And in the last month, while he was 6 months old, he’s been:
Crawling . . . He’s so got the army crawl down (and closing in on the real crawl).  If he spots something across the room that he wants- he’s there in .5 seconds flat. 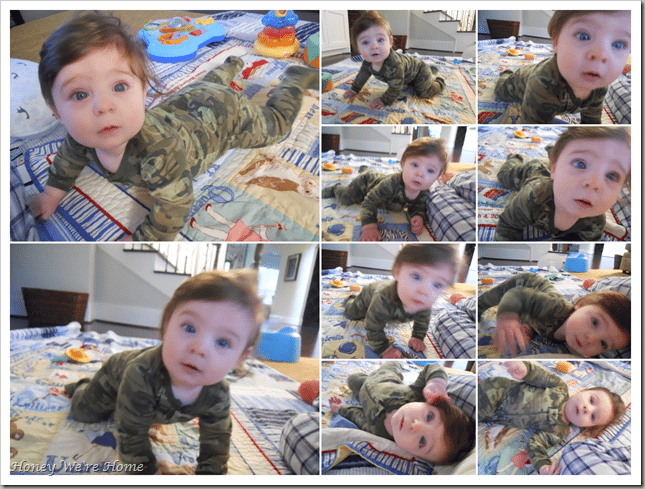 And he pulled himself himself up- already?! *um, how cute are babies in footie pajamas??!! 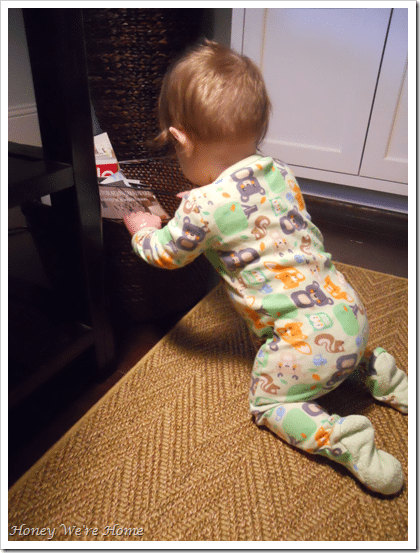 Is that his inner decorator going for the Restoration Hardware catalog? 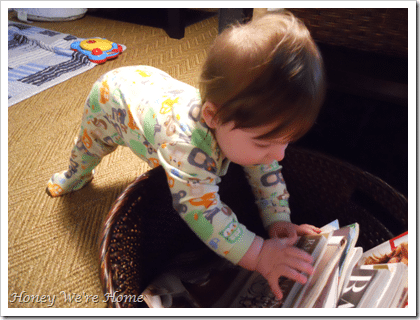 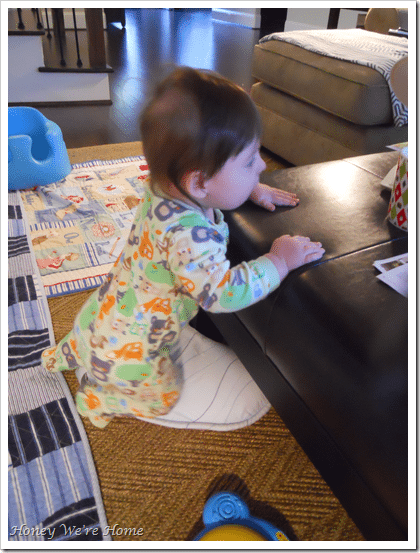 Playing with new toys and trying to sit up . . .  He still doesn’t sit up very well on his own, just for a few seconds.  (dimple like Daddy) 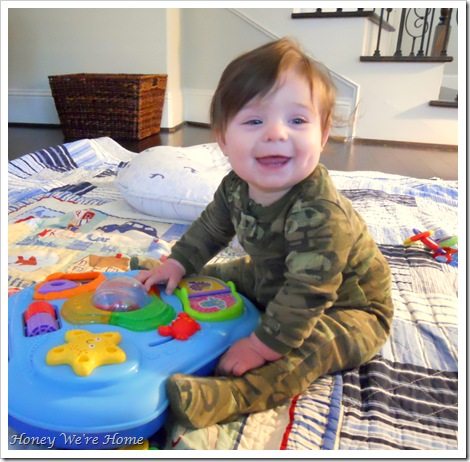 Composing a few songs on the piano . . . 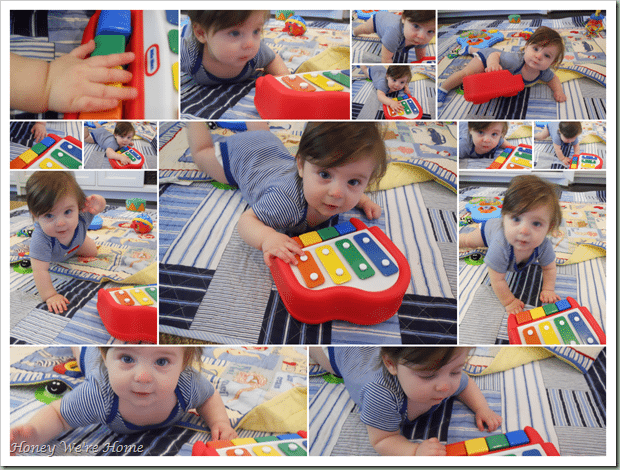 Driving around town in his new car that Grandma and Grandpa gave him . . . 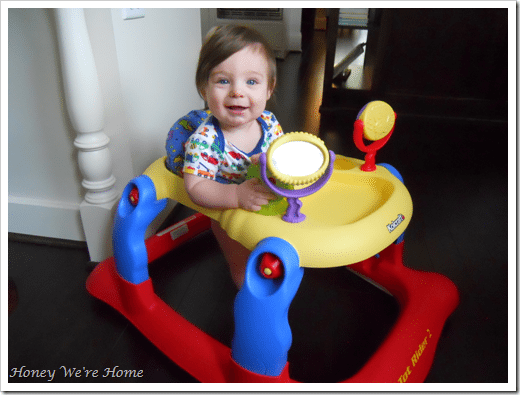 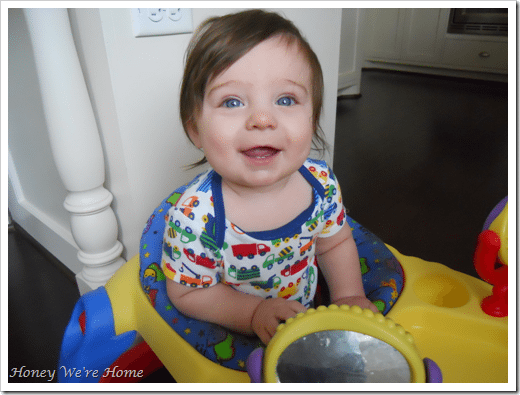 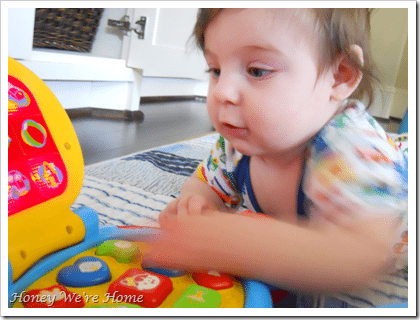 His first time swinging at the park . . . 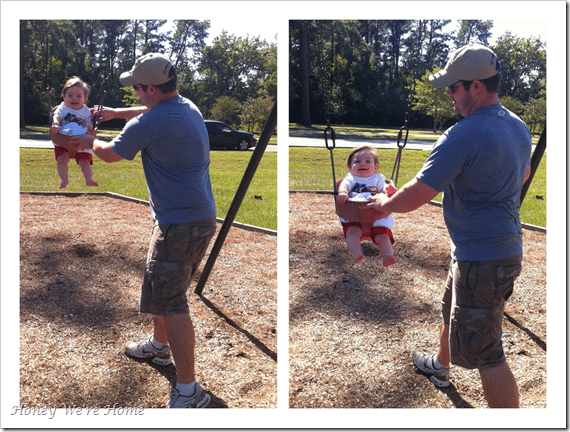 I think he liked it- bare little feet and toes swinging in the breeze. 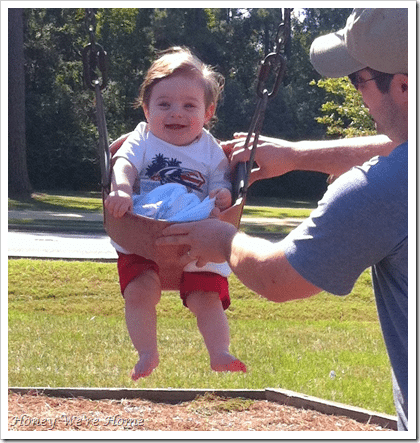 Bedhead . . . (the “mommy’s little man” shirt is a favorite of mine- I actually bought it for him as a newborn and the bigger version he’s wearing here:) 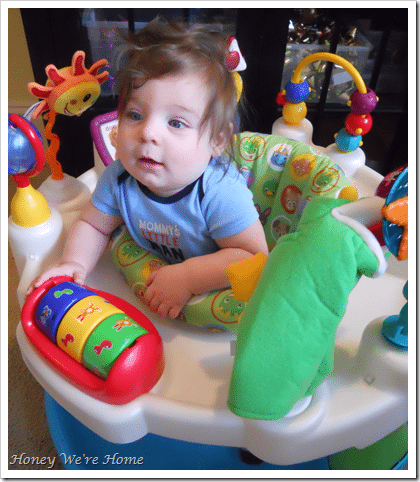 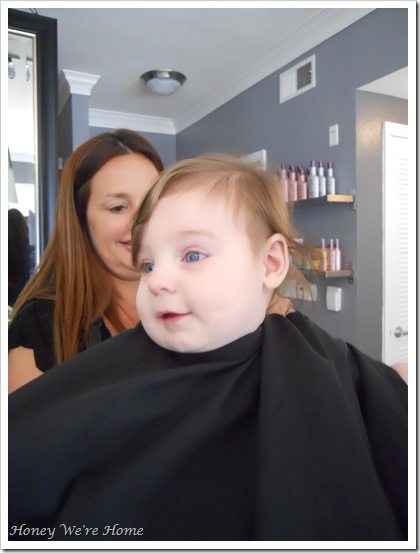 No more hair in the eyes.  The sides are still long, but mostly behind his ear in this photo.  He REALLY wants the camera now when you go to take his picture. 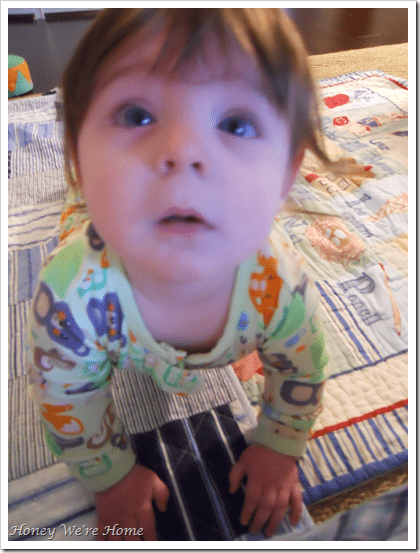 Here he is on the day he met his new little niece.  When we were all sitting around the hospital room and the new baby started crying, James started trying to talk to her, “ahhoohhaaahh”.  It was like he was saying, “It’s okay girl, I’ve been there too.” 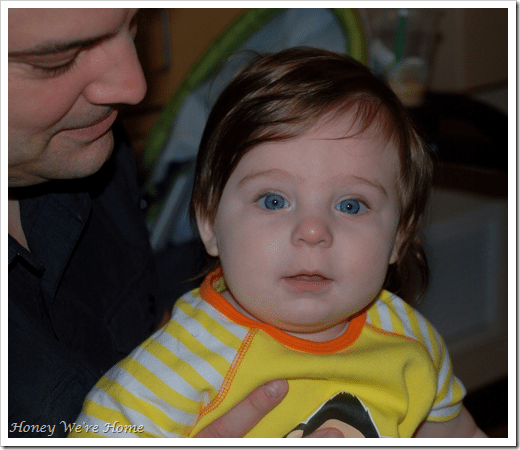 Thank you Lord for blessing our family with this sweet, sweet baby.