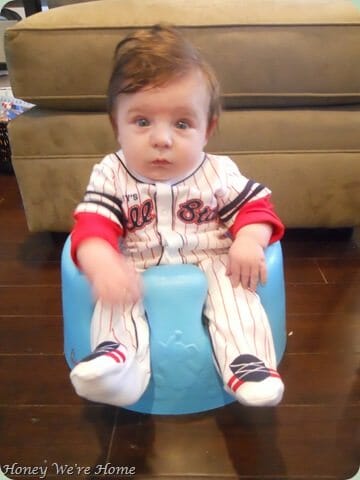 There is absolutely nothing better in the whole wide world than a baby.  I am so in love and just smitten.  My son has amazed me this last month.  He’s found his toes and is fascinated by them- takes every opportunity to grab them and pull them toward his face.  He’s babbling up a LOUD storm.  By the way, he’s sleeping in his crib now.  We didn’t have room to set up the crib in our old townhouse, so he was sleeping in his pack-n-play.  His nursery is about 5 feet from my bedroom and I hear him talking to himself (so cute!) every morning at about 6 a.m.  Our wake up time is 7 a.m., so he usually will fall back asleep after telling himself a few stories.  He also is grasping things better, like his pacifier, which he pulls out of his mouth and then tries to put back in.  He grabs at his bottle now too and tries to hold it while I feed him.  He still loves bathtime- smiles as soon as he feels the washcloth on his face.  He’s starting to roll over and is at that very beginning crawling stage.
James loves:
He also cried real tears for the first time- I almost died.  He’s eating at 7, 11, 3, and 7.  He has started rice cereal and a few fruits and sweet potatoes, which he really likes.  He typically naps from 9-11 and 1-3, sometimes also around 5.  Bedtime is between 7 and 7:30.  He still sleeps through the night.  Thank the Lord:) 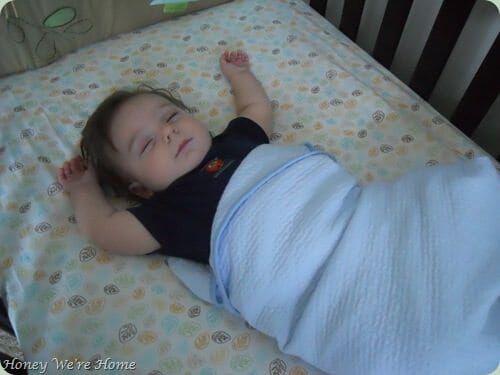 I love his baseball pj’s. 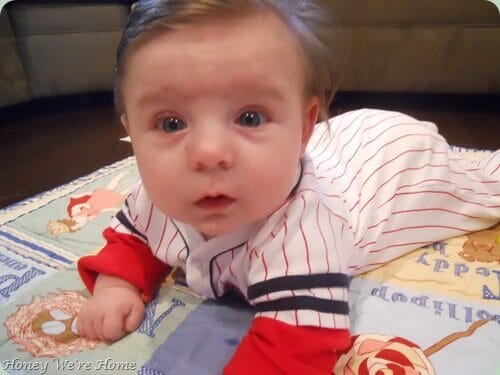 He’s a regular at Starbuck’s. 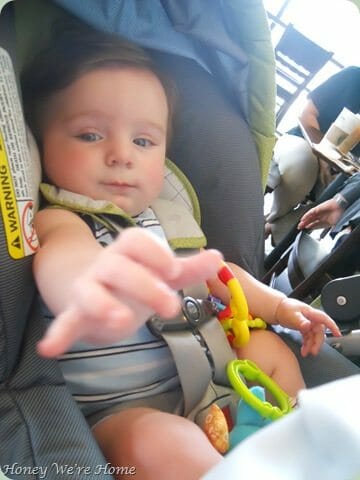 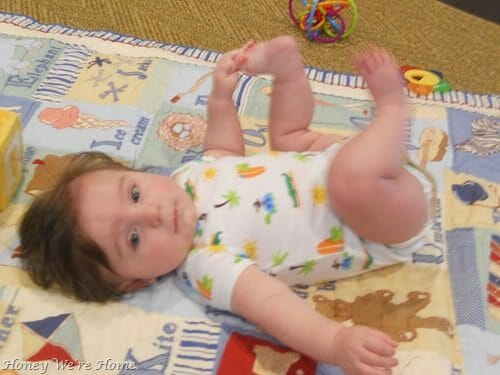 Mama’s helper in the kitchen. 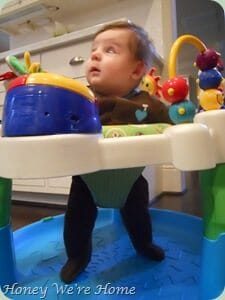 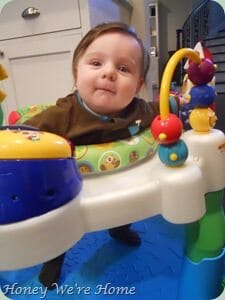 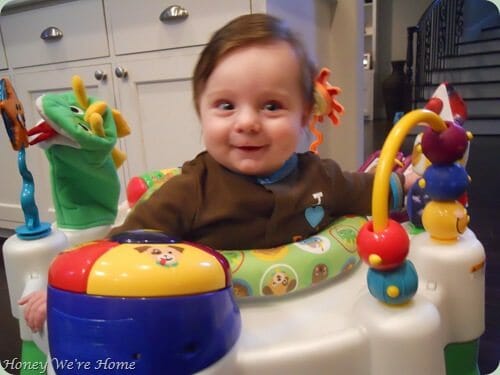